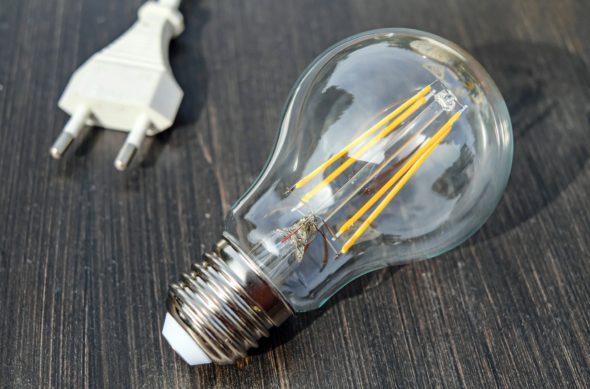 What is the best direction for the Utility Roundup program?

That’s the question that Village Council members deliberated at their June 6 meeting. Council members heard a first reading of legislation that would make some changes to the program, and heard recommendations from members of Village staff.

The Utility Roundup program was implemented in late 2018 as an initiative to help people struggling to pay their bills. The program was funded by a grant from the Yellow Springs Community Foundation and donations from villagers who round up their utility bill to the next dollar or give larger donations.

To date, those interested in benefiting from the program fill out an application, which is reviewed by Village staff; if approved, applicants can receive up to $200, an amount that they can request one time within a 12-month period. According to the Village’s website, applicants must be at risk of having their utilities shut off; furthermore, “if the past due balance exceeds $200 (or amount approved), the remaining past due balance must be paid before scheduled disconnection. Funds will not be disbursed … until this is done.”

The proposed changes to the program will allow for more flexibility, with the intention of providing more aid to villagers, according to Village staff. In a presentation given at the May 16 meeting, Village Manager Josué Salmerón said that the fund has $19,114.72. The same presentation noted that there have been 13 applications for assistance between January and April of 2022, and $2,312.55 of the fund has been spent. Changes to the program would double the amount an applicant could receive, and allow people to apply for the program every six months.

In a letter to Finance Director Matt Dillon and members of Council, Elise Burns, the utility billing clerk, asked for additional changes to the program.

“As a Village employee and a villager with first‐hand knowledge of the many financial hardships villagers may encounter, I would like to propose that Council also allow utility roundup to be used in cases of water leaks, which cause unplanned high bills and financial hardship to villagers,” Burns said.

In response, Salmerón said that water leaks presented “a unique challenge,” and that the Village had discussed doing some outreach and educational programs that would help residents identify and address leaks.

“Leaks are often caused by old, or improperly working, outdated equipment,” Salmerón said. “There are things we can do to create Utility Roundup 2.0 to help residents improve efficiencies in the home.”

Burns also suggested that Council change the application process to allow villagers to apply for assistance before they are at risk for shut off.

“Many villagers do not want to get behind if they can help it,” she said. “If someone is in a hard place financially, having not just one, but two past due utility bills hanging over their head in order to be eligible to apply keeps them from applying for utility roundup.”

Council member Marianne MacQueen said she would like to see the program become “more robust,” and suggested changing the funding model to opt out instead of opt in. In other words, residents would automatically have their bill rounded up to the next dollar, but could opt out of the roundup. Municipalities such as Oberlin, Ohio, currently use the opt-out model for their utility program.

“If we could be in collaboration with Green Metropolitan Housing, or whoever owns the housing, around the leaks, we could come up with a solution,” she said. “A lot of these families do not have a means of sustainability, and if you pay the $400 and it doesn’t clear the bill, it’s just a cycle of waiting to ask for funds again.”

Randolph also said that she would also encourage the Village to help customers who need assistance become sustainable.

“I know there’s a requirement for Greene Metropolitan Housing tenants to take some classes, but sometimes that’s not followed through with,” she said. “If we want to really help these families to become sustainable, we’ve got to do more about helping them get what they need to be sustainable and not just throw money at them.”

Village Clerk Judy Kintner suggested adding language that would require residents to prove “significant financial hardship” and residents applying for assistance for the second time in a 12-month period to provide proof that they have taken part in an educational program.

Council President Brian Housh said that the legislation is still being discussed, and that it will likely change before its second reading at Council’s next meeting June 21.

Public Works Director Johnnie Burns gave a report on the projects that are ongoing in the Public Works department. He said many of the projects have had to be scaled back in scope due to the rising cost of materials and supply chain issues.

“The supply cost we budgeted for is three times higher today,” he said.

Burns also requested additional funds to address infrastructure, such as Village wells and water towers, that haven’t had serious maintenance since the 1980s. Council members and Salmerón agreed that they needed to discuss introducing fees for stormwater and raising fees in other areas, such as tap-in fees for installing meter pits, which the Village is currently installing at a financial loss.

Finally, Burns praised his staff for their hard work, and asked that Council members show their appreciation, too.

“We need to retain the staff we have,” Burns said, elaborating on the work the staff has taken on as cost-saving measures to the Village. “We aren’t birdwatching or hitting golf balls behind the quonset huts.”

He explained that staff has significantly increased the scope of their work, including attending professional development that saves the Village money that would otherwise go to independent contractors.

Council member Marianne MacQueen gave an update on the Climate Action Sustainability Plan, or CASP, a plan that Council commissioned in 2021. The plan, written by Piper Fernwey, includes a description of sustainability projects done in the past and suggestions for moving forward.

“We have been taking the work that Piper did and looking at how we could do that work moving forward,” she said.

A group consisting of members from the above-mentioned organizations, the Village, Miami Township and the Environmental Commission recommended that municipalities direct money to Agraria to hire a CASP coordinator who would report to a steering committee.

MacQueen introduced Megan Bachman, Agraria’s assistant director, who said that Agraria is looking forward to taking on the work.

“We are committed to making this a plan that doesn’t sit on the shelf,” Bachman said.

In other Village Council business, June 6:

• MacQueen and Brown, the two liaisons to the Environmental Commission, nominated Johanna Schultz-Herman to be a full-time member of the commission. Brown explained that Schultz-Herman had done environmental work prior to moving to Yellow Springs, a move that was the result of forest fires near her former home in California. Schultz-Herman will replace former member Alex Klug, who stepped down from the commission in April.

Additional coverage of the June 6 meeting will appear in next week’s edition of the News.