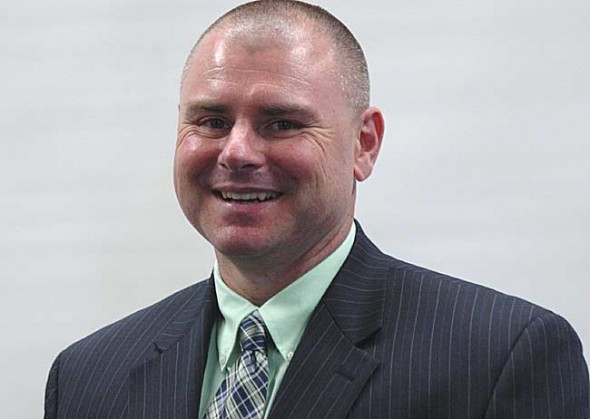 As the second of three Yellow Springs superintendent finalists, Richard Spindler paid a visit to the village on Tuesday evening to continue the interview process for the job with village schools. Spindler, 43, is currently the superintendent of Berne Union Local Schools, a district located about an hour west of Pittsburgh that has 1,000 students in pre-K–12th grade. As Berne’s top administrator for the past two years, Spindler has united the district by creating administrative teams and has led by giving other leaders the resources they need to educate effectively, he said on Tuesday night.

Currently a resident of Chillicothe with his wife and young daughter, Spindler is in the process of earning a doctorate in K–12 leadership at Northeastern University in Boston.

He and his family seek a diverse and active community in which to raise their young daughter, and are drawn to a district that values education so highly. He believes in innovating with technology to create schools that train students for college and the workforce, and he is committed to working with the treasurer to create comfortable budgets, such as the one he managed as the superintendent of Georgetown district which increased its carryover by $500,000 in two years.

The third and final superintendent candidate, Mario Basora, principal of Wyoming Middle School in Cincinnati, will visit Mills Lawn on Wednesday night at 5:30 p.m. At a special school board meeting Thursday night, the board will either choose one of the candidates for the position or decide how to move forward with the search process.