Stories from the Front 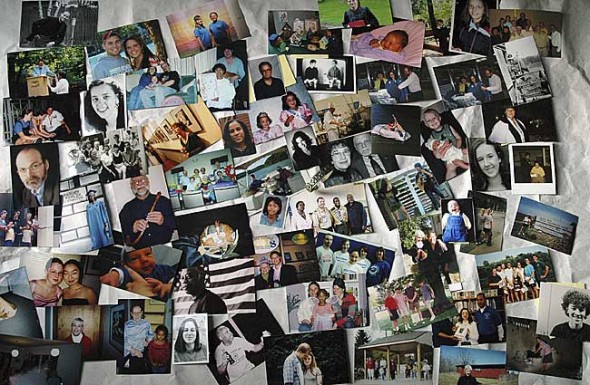 A veritable village of virtual visages, looking for their homes.

BLOG — Lost and found or not

We have a lost and found category in the classified ads that are free for one week and which we recently have included on our Web site, also at no charge. But we’ve several categories of lost and found at the front in various containers and sometimes, lost people.

Folks wander in to ask if someone has turned in something they have lost and bring to us what they have found. Recent found items include a battered Mexican silver bracelet missing one of two faux turquoise beads. There was a cuter than cute Columbus Zoo toddler cap that I put into the lost and found section in the classifieds, but I think someone from Columbus lost it here and wouldn’t have known that it had been found. (We identified a suitable toddler head for it in the village.) Sunglasses and calculators turn up frequently, as do keys of all sizes and shapes and occasionally cash dropped outside a store or restaurant. I often wonder why people bring money to the News versus to the police department, but maybe it is because we are closer to where people lose their wallet and change purses.

When I was preparing to replace Donna Riley last year (no one could really do that, but you know what I mean), she cleaned out 15 years worth of “lost and found” treasures. There were a zillion keys with all kinds of key chains (doesn’t “chain” conjure up an expectation of being anchored firmly?), numerous watches, mostly in disrepair and out of style, and jewelry. There were single clip earrings, beat up bracelets and chains (“chains” of fools?) of various lengths and metallic composition. I spotted at the bottom of the box a smashed ring with tiny glinting stones. Rita Caz  repaired it for me and it turned out to be a small gold band with teeny diamonds which became my first bonus. See why I described the lost and found box a “treasure” Of course, if it’s yours and you give me a reasonably accurate description of it, I’ll return it to you.

There are the photographs that made it in the paper, but not home again. A sampling of the many photos in our box: two smiling friends in a boat with a black dog along for the ride, a young man holding his new baby brother (we know that immediately by the huge grin on his face), proud parents and scout leader standing by a handsome young man who has numerous badges arrayed across his chest, no doubt hard-won, a black and white photo of a couple celebrating a (50-year?) anniversary and two friends dressed in kimonos, standing in the sun, vamping somewhat for the photographer. There are many, many more.

I’m told the News in the past had a Street Fair booth and offered unclaimed photos to anyone who wanted them. But Saturdays are precious to newspaper folks so no one is eager to do that these days. Not to worry, we’ve got a box in the file cabinet that you are welcome to look through (one of our readers did just that and returned some photos to their owners, a true community service). Those of you who have brought photos to us recently should come soon and retrieve them. It is easier to find them now, rather than later when they are buried in the pile.

Then there are those who have lost a companion or their orientation. “Have you seen so and so?” “Where is the Glen?” “There used to be this place that sold barbeque. . . what happened to it?” (Gabby’s?) Especially this time of year there are young people looking for an apartment to rent. They can afford to live here if they can find one that fits their budgets. (The people looking to buy a house they can afford are another story entirely.) I can’t help feeling that they feel a bit lost, not exactly in the lost and found box sense, but nevertheless lost. News staff have accumulated knowledge about the best way to find a place (we must have all rented when we first lived here). So when I see someone we’ve counseled in this manner I can’t help but ask if they found the place they were looking for. It’s satisfying when they say they have and a bit disconcerting when they haven’t. That’s the way lost and found goes, I guess.

One Response to “BLOG — Lost and found or not”