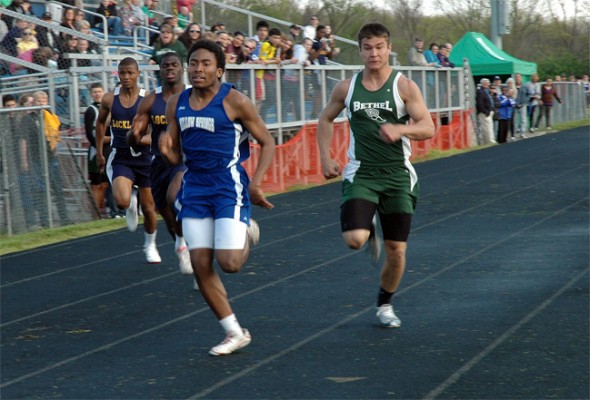 Mario Cosey blasted by his opponents to win the 100-meter dash at the Bulldog Invitational on Friday. (Photo by Lauren Heaton)

Runner Lois Miller came away with three victories on the day, at the one-mile, 800-meter and 3200-meter races. In the field events, Antone Truss dominated, winning the triple jump and high jump and placing second in the long jump. 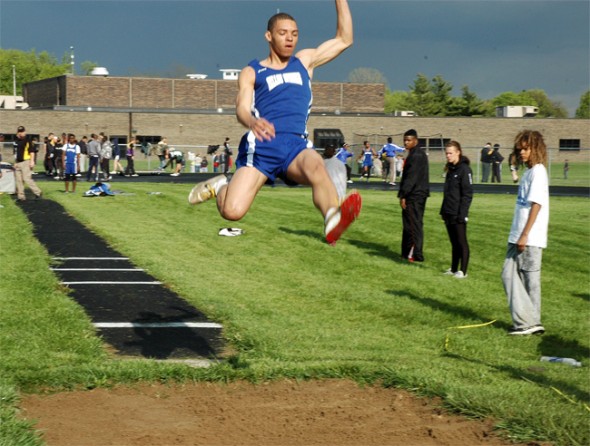 Antone Truss leaped to 18–3 to take second in the long jump.

Eight area teams competed in this year’s invitational, which is held at annually at Yellow Springs High School.

Angela Allen had the longest discus throw of the day in the girls meet, 92–04 and more than 10 feet beyond her closest opponent. In addition to winning that event, she placed third in the 100-meter dash. Keturah Fulton race walked to victory, in 4:02.69, and Maryah Martin performed well, placing second in the high jump and third in the 400-meter dash. 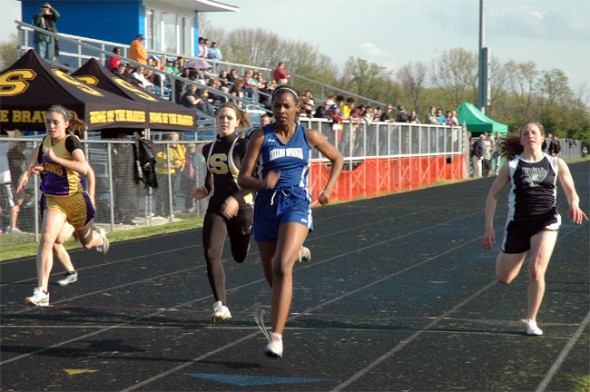 Angela Allen took third in the 100-meter dash, while winning the discus. 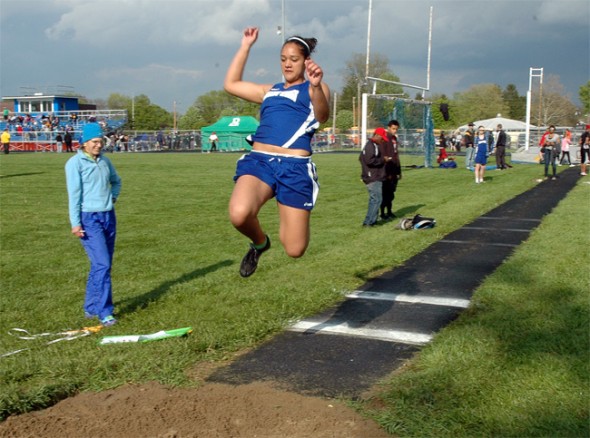 For the boys, Mario Cosey sprinted to victory in the 100-meter dash (11.29 seconds) and Mitchell Brickson won the 800-meter race walk in 3:50.24, with Josh Meadows the runner-up in that event.

See the May 14 issue of the Yellow Springs News for a more detailed analysis.