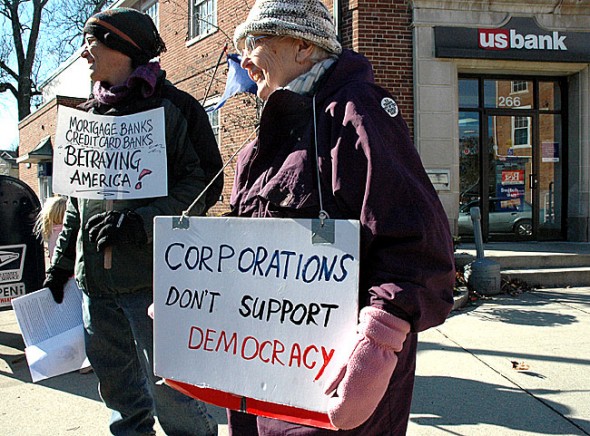 Protesters criticized U.S. Bank, the fifth largest commercial bank in the country, other Wall Street banks, and the U.S. government for the present state of economic inequality and injustice in the country.

See a video from the protest.

BONUS VIDEO: On Nov. 4, 2011, Occupy Washington D.C. protesters talked about their commitment to the cause.