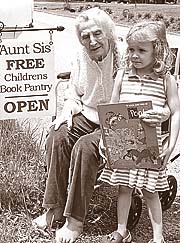 Lucille Mae Gardner died peacefully on Jan. 11, while under the care of Hospice of Dayton in Jamestown. She was 90.

Lucille was born on Aug. 4, 1921 in Erie, Pa., the first child of Mary (Poger) Lossie and Ralph Lossie. She attended Academy High School in Erie, where she first met her future husband when she was 14 and he was 16. When she and Miles married in 1941, they left for their honeymoon riding off on his motorcycle to begin, as she described it, “a very interesting life.” After her children were born, Lucille went back to school and graduated with honors from Penn State University with a degree in education. She then began her work as a reading specialist, working first in Erie, then for 29 years in St. Peters, Nova Scotia. After her retirement, Lucille volunteered at Mills Lawn.

Lucille had many hobbies, including sewing, reading, gardening, painting and just enjoying and observing the natural world. She was an active member of the Unitarian Fellowship in Erie and Yellow Springs. She maintained her love of books and sharing books with children up until the last few weeks of her life, collecting and distributing books to any child she met, and anyone she met who had a child, operating under the firm conviction that “every child should have a book that belongs to them and is their very own.” For years, she distributed hundreds of books, along with candy, at Halloween. Most lately, she operated “Aunt Sis’s Free Children’s Book Pantry” out of her son Michael’s home in Jamestown, where she was known to her great-grandchildren, the children of Shawnee Lake and also to the families of her nurses and aides as the person to go to for a special book chosen just for them.

For those who would like to gather with Lucille’s family to celebrate her life, a memorial service will be held at the Unitarian Universalist Fellowship of Yellow Springs at 1 p.m. on March 3.