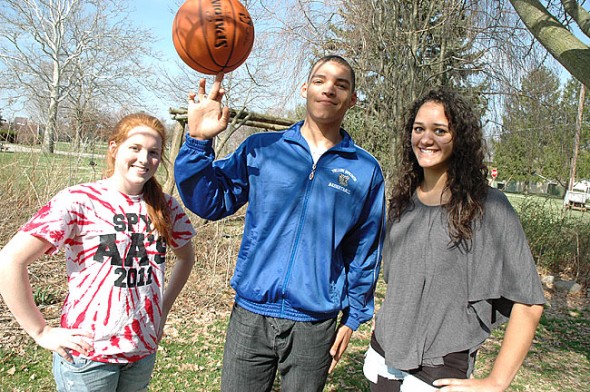 While the winter sports season has ended, Yellow Springs High School athletes received a final round of applause last week. At the winter sports banquet, coaches granted school awards to their most distinguished players and congratulated them for league, district and state honors.

Senior swimmers Elizabeth Malone and Erika Chick received All-Ohio awards and shared the Metro Buckeye Conference title of “Swimmer of the Year.” Malone was also given the team Bulldog award by Coach Kara Jacob. Chick, the valedictorian of her class, was bestowed the team’s scholar-athlete award and was one of six high school swimmers to receive a $750 scholarship from the Southwest Ohio Swimming Official Association. Emma Romohr was honored with the MBC sportsmanship award.

Junior point guard Maryah Martin picked up the Bulldog award for the girls varsity basketball team and was the team’s leading scorer. Martin was also selected to the MBC’s first team.

At McKinney, girls basketball player Molly Hendrickson was honored with a sportsmanship award. Basketball players Kaner Butler and Kaliyah Fulton were recognized as scholar-athletes for their strong performance both in the classroom and on the playing field.