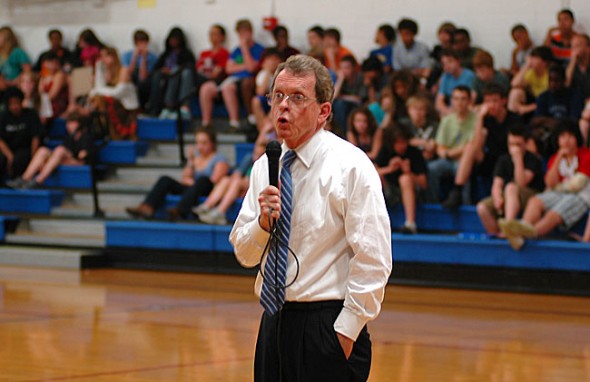 DeWine told students that while he wasn’t a particularly good student at YSHS, he did well in government and American history classes and learned debating skills by sparring with his classmates over political issues.

“I was certainly in the minority growing up here,” DeWine said of his conservative views. On typically losing Yellow Springs in statewide elections by a margin of 7 or 8 to 1: “Being the native son only goes so far in Yellow Springs,” he said. 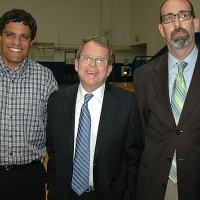 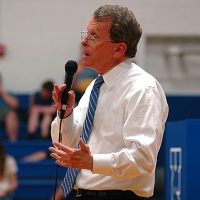 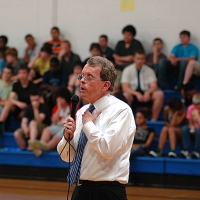 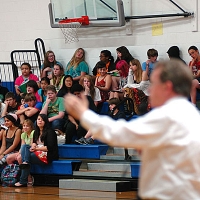 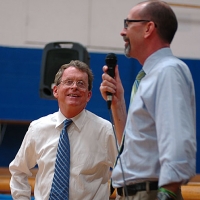 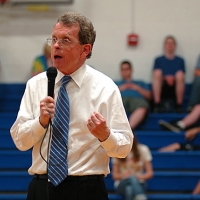 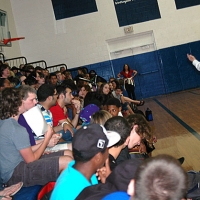 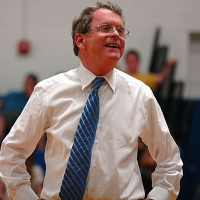 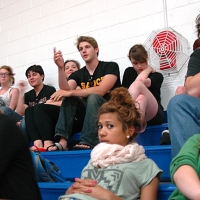 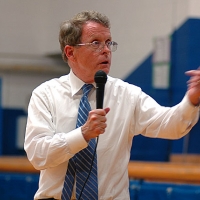 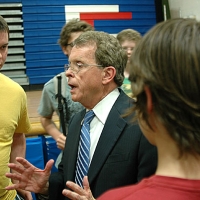 Students were curious about DeWine’s most difficult votes as a senator (national security decisions, he responded), why the political climate in Washington is so polarized (a reflection of the culture, he said) and what he thinks of Pres. Obama (his healthcare bill is unconstitutional, DeWine responded).

DeWine’s view that gay Americans should not be allowed to marry was questioned by several students, some of whom spoke up about having gay parents or being gay.

“I moved here because I’ve been harassed because my mom is gay,” said YSHS student Elizabeth Hock.

DeWine responded by saying that while the culture is changing and it is no longer acceptable to discriminate against gay people, that gay marriage remains controversial.

“I think gay individuals should have equal rights but I’m not in favor of gay marriage,” DeWine said.

DeWine also challenged students to be independent thinkers and to think for themselves, like he did throughout much of his political career, he said.

A longer article will appear in the May 31 issue of the News.

3 Responses to “DeWine speaks at YSHS”