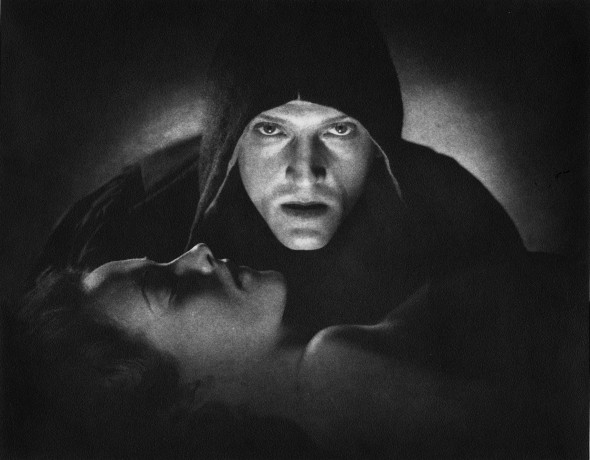 The artful photographs of former Yellow Springs resident Axel Bahnsen elicit feelings and stories, such as this one, “Memento Mori” c. 1937, about the shadows that awaken while we slumber. Many of the photos in Bahnsen’s collection, some of which were published in a book by the Yellow Springs Historical Society in 2010, are now available online at axelbahnsen.com and will soon be for sale. (Photo courtesy of the Bahnsen/Brown family)

It was a small gallery on Glen Street. But inside was a trove of artistic images produced through the lens of one of the pioneers of impressionistic photography. The artist was the late Axel Bahnsen.

His was a late-blooming genre, one that didn’t gain recognition until nearly 100 years after Nicephore Niepce snapped the world’s first permanent photograph — “View from the Window at Le Gras” — with his “camera obscura” in 1826.

In the 19th century most photographers trained their cameras on real world images. As Christian A. Peterson points out in his book After the Photo-Secession: American Pictorial Photography, 1910-1955, photographers shot pictures of “humans and buildings, mountains, and other largely immobile subjects with an eye toward detail, facts, and verisimilitude.” Matthew Brady’s documentation of the Civil War exemplifies the way many photographers practiced their craft in the 1800s.

But at the turn of the century, according to Peterson, a cadre of photographers began experimenting with their medium. In a September 1997 article in The New York Times, Grace Glueck described their impact on photography:

“Nothing helped the recognition of photography as an art form in this country like the Photo-Secession, a high-minded group formed in 1902 by Alfred Stieglitz. Secessionists tried to make their photographs look as much like paintings as possible, exercising total control over the printing process.”

During the first half of the century photographers such as Adolf Fassbender, Karl Struss, Joseph Petrocelli, and many others produced thousands of black and white pictures that were surreal and iconic. Their genre eventually became known as pictorial photography.

Among the pictorialists was Axel Bhansen.

In the introduction to Photographs by Axel Bahnsen, published in 2010 by the Yellow Springs Historical Society, Paul Cooper describes Bahnsen “as one of the youngest Fellows of the Royal Photographic Society of Great Britain and winner of hundreds of awards in the special world of black and white photo artists.”
Cooper added that Bahnsen “practiced his skills far from the dramatic settings available to Ansel Adams in the West or Alfred Stieglitz in New York, but his work was acknowledged around the world by practitioners struggling to lift the status of photography among the pictorial arts.”

“I worked for him as a kind of houseboy one summer while I was a student at Antioch,” Cooper said in a recent telephone interview. “Whatever I learned about him and his technology was that he was very much a contemporary of other artists at the time who were trying to lift photography as an art form. And it still has to struggle to do that. But he, along with Ansel Adams, Dorothea Lange and others, thought of themselves as artists. So there was this constant struggle for Axel to find themes for his photographs and to do something that people would want to pay for and put on their walls.”

William “Skip” Brown, Bahnsen’s great grandson, and owner of The Legendary Roofing Company in Yellow Springs, is in the early stages of converting and renovating several rooms at the Enon Road location for the new Axel Bahnsen gallery. The original gallery at 117 Glen St. closed shortly after Bahnsen died.

“I’ve taken an interest in the last two years to get involved in promoting the work of my grandfather,” Brown said. “And what I have in my possession are photographs I want to sell through our website and at the new gallery when it opens next year.”

Sitting in a specially designed climate controlled room on Enon Road where hundreds of Bahnsen’s photographs are stored, Brown said his collection of his great grandfather’s pictures were those that had been put up for sale at the Glen Street gallery in the 1970s.

“They sold quite a few, but when my grandmother sold the gallery, this is what was left,” Brown said. “But there is still a lot more that will hopefully come back from the Dayton Art Institute. The DAI will keep some of the photos, but that’s something we’ll have to work out later.”

Brown said that some business and marketing details involving Bahnsen’s photographs, such as pricing, framing, and matting, have yet to be worked out. The photographs Brown currently has in his possession were shot in variety of countries and regions including Central America, Mexico, the Smoky Mountains, and familiar locations in the Miami Valley such as Glen Helen, John Bryan State Park, and Wilberforce University.

“Some of the photos are already matted and some are signed and dated,” Brown said. “And a few of them won awards at art exhibits around the country.”

Elaine Brown, Bahnsen’s daughter, said her father had a great appreciation for photography and for art.

“He and my mother lived for photography. It was their life,” she said.

“He cared deeply about the art of photography and his professional portrait work.”

Paul Cooper recalled that Bahnsen believed that what was in your head and in your eye was more important than the equipment you used.

“As with painting or music, it’s not the instrument so much as the composers.”

And he reiterated the point that Bahnsen did not have the rich forum to work in that photographers like Ansel Adams (Yellowstone and the Southwest) and Edward Steichen (New York) did.

“Axel had to work harder to create significant art working in Yellow Springs,” Cooper said. “There wasn’t that much drama here. Money making for him was taking portraits of Antioch students. In his spare time he would put together photographs that seemed to have a deeper meaning. So a lot of them were shot in Glen Helen.
“In my opinion he was straining to do something lasting, something interesting, and he didn’t have Yosemite to work in.”

Bahnsen was born in Auburn, N.Y., on May 21, 1907. Following his education in Switzerland during his youth, he returned to the United States and enrolled at Antioch College in 1924. During his time at the college he earned money by taking portraits of high school and college students. He also honed his skills as an artistic photographer. He was living in a house on Pleasant Street in Yellow Springs at the time of his death on April 24, 1978. He was a month shy of his 71st birthday.

In the biographical section of his book, Peterson offered this summation of Bahnsen’s contribution to the art of photography:

“Bahnsen’s most distinctive work incorporates surrealist elements, demonstrating the influence of modernism on some pictorialists. These sharply focused images feature unlikely subjects, combined through composite printing and/or collaging. Though sometimes heavy-handed, they reveal his interest in the subconscious.”
Photographs such as “Conscience” (1936) and “Memento Mori” (1937) — currently posted on the Bahnsen website — exemplify Peterson’s perspective on Bahnsen’s body of work.

William “Skip” Brown was four years old when Bahnsen died. But even though he never really knew his great grandfather, he feels it is his duty to promote Bahnsen’s artistic legacy.

“I don’t think photographers like my great grandfather get the same recognition that other artists do,” Brown said.

“Anyone can snap a picture. But the preparation and processing Axel went through to create a true piece of art — that’s something only a truly dedicated person can achieve.” 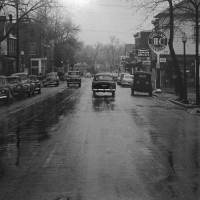 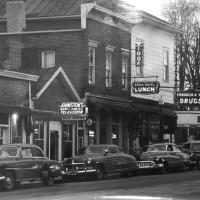 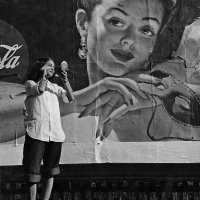