YSSC to pick a new director

When one of two final applicants for the directorship of the Yellow Springs Senior Center is named in the next several weeks, she will be at the helm of a vital organization that is growing beyond its original scope. And though the Senior Center budget has recently dipped into minor deficit spending, the needs of its growing membership may demand that instead of cuts, leaders find ways to expand programs that match the capacity of the local senior population. 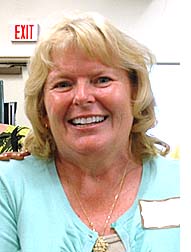 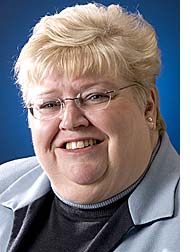 Two presentations from Gilah Pomeranz and Karen Wolford, both finalists for the position of the director, were the main attraction to the Senior Center’s annual meeting on Sunday, June 23, in the center’s great room. About 70 people attended to also hear presentations from the board and enjoy root beer floats from Tom’s Market.

The Senior Center is currently operating at full capacity. According to the 2013 annual report, the center had expected to go over budget for a third consecutive year this year by $21,000. But the deficit was narrowly avoided through the combination of an anonymous $20,000 gift, reduced staff expenses and a few fundraising events. As long as the annual appeal brings in the typical $45,000, the center is scheduled to end the year on budget without any new taxes or revenue sources, Treasurer Lee Huntington said during the meeting.

But questions remain about the level of staffing the center will need in the future to manage the effects of the Affordable Health Care Act, Huntington said. The Senior Center should also prepare for next year’s budget which will not enjoy the buffer provided by the anonymous gift or any grants from the Morgan Family Foundation (a local grant source that has temporarily diverted all funds for small grants in the village to Antioch College.) The current budget allows for just one staff member in the heavily used Home Assistance Program.

“Can we do a good job with just one staff member?” Huntington said.

To help decide these and other issues, the YSSC will need an executive director. Home Assistance Program nurse and social worker Amy Crawford served as the interim executive director from November to April and decided not to pursue the full-time director position. While a search committee of board, staff and community members organized a search, board member Suzanne Patterson stepped in on a volunteer basis to coordinate operations for the center until a director could be hired.

According to board president Bob Huston, the YSSC received 71 applications for the position that were pared down to three finalists, including Pomeranz, Wolford and Dean Pulliam, who last week took a position with another organization. Pomeranz was the first to speak to the group.

Most recently, Pomeranz has spent the past 15 years as a curriculum design manager for the engineering technology program at Sinclair Community College. She wrote and successfully renewed the National Science Foundation grant to fund her program five times, until last year when the grant was not funded and her position ended.

In response to audience questions about her experience with finance and management, Pomeranz said she has done a lot of both, especially at Sinclair, where she managed groups of both professional engineers and writers to produce a curriculum within a timeline and a budget.

“[Finance] won’t be the thing I’m best at, but it’s something I’m very good at and have experience in.”

Pomeranz said she manages people the way she would like to be managed: assuming people in their professional roles are doing their jobs and addressing them face-to-face when problems arise. She also keeps some extra energy in reserve for volunteers.

“The key is maintainting enthusiasm among the volunteers,” she said.

Yellow Springs has been a central influence for Pomeranz, she said, and as a board member of Dayton Ministries in Higher Education, she also sees a lot of opportunity for regional collaboration at the Senior Center. As a member of the local community, she hopes to be part of it, she said.

“Yellow Springs has been essential, vital, critical in shaping me in the best of times and the worst of times,” she said. “The opportunity to give back to the community means a great deal to me.”

Karen Wolford was born and raised in Lima, Ohio, and graduated from Ohio State University in music education. She joined the Girl Scouts as a troop leader in a community near Gary, Ind., became the CEO and executive director of the Girls Scouts of Richmond, Ind., and later Lafayette, where she stayed until the 1999 nation-wide merger brought the local Girl Scout councils from 312 to 107. She retired that year at age 55 and currently lives in Dayton.

Wolford was attracted to the Senior Center opening because of the center’s many attributes, including the commitment to helping others, the desire to make a difference and the dedication to pursue activities for seniors.

“I was blown away at the number of activities the Senior Center offers — including some I’d never heard of and had to look up,” she said. “Like Qigong — who does that?”

She also sees a similarity between the Girl Scouts and the Senior Center, which are both membership organizations with a critical reliance on volunteers.

“Volunteers are the heart of the agency,” Wolford said. “I know that [the senior center] doesn’t survive without ­volunteers.”

One of Sunday’s audience members asked Wolford in the context of her early experience with sexism, what was her experience with ageism. When she moved back to the area 10 years ago, her parents were in their 80s, and she witnessed “rampant” discrimination toward them, Wolford said. But elders have the life-long experiences that others need to learn from, she said. And connecting the younger generation to the older one is the way to reduce that kind of discrimination, she said.

In response to a question about the top three things she would do in her first 90 days in office, Wolford said she would work to get the fundraising campaign in shape, listen to the membership and engage with the community to learn what the Senior Center is and where the community wants to take it. The vision for the center, she said, “must come from the membership.”

The Senior Center Board and staff will consider the search committee’s recommendation over the next week. The board plans to announce the decision about the director in early July, board vice-president Jalyn Roe said this week.

In other Senior Center business:

• The Senior Center membership voted to raise the annual dues from $15 to $20 for individuals, and from $25 to $35 for families.

• Board member John Grote announced that the Senior Center’s annual appeal will hold a kick-off event at Elder Voices Out Loud on Saturday, June 29, at 3 p.m. at the Mills Lawn auditorium.

• The board approved the appointment of new member Robert Harris to a three-year term on the board.

• The board elected current board members Lee Huntington and John Grote, who were appointed mid-term to fill vacancies, to their first full three-year terms on the board.