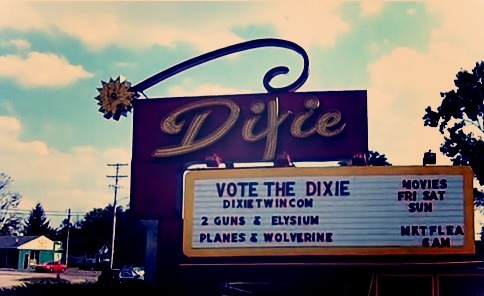 The first movie I remember seeing in a theater was Disney’s Aladdin. It was a super big treat, and kindled in me a life-long love of animated musicals and over-priced, extra buttery popcorn. My parents tell me, however, that the first movie I actually saw in the theater was either Evil Dead 2 or Robo-Cop. A very reliable research database (i.e. Wikipedia) has told me that these films both came out in 1987, which would have put me at the tender age of 3. Despite the obvious age-inappropriateness of these particular film choices (if you’re not familiar with either, might I recommend a very reliable research database?), the part of this bit of family lore that really baffles me is that my parents would take a 3-year-old to the movies at all. My parents (or TV, or the internet, or something) have instilled in me a sense of duty when it comes to social courtesy, which would prevent me from ever taking my own beautiful and intelligent, but endlessly, exhaustively talkative, 3-year-old within 100 yards of a movie theater.

There is, of course, a loophole. Imagine, dear readers, if you will: a movie theater at which you supply your own seats, your own sound. At which children and adults alike are free to roam the grounds during the film without bothering anybody. At which you can literally close a door upon your rowdy child (and yourself, too, because we’re not monsters, here) and still enjoy the film?

Such a magical place exists, my friends: it’s your friendly neighborhood drive-in.

When I was growing up, we had no such luxury as a drive-in: as of today, Florida has only seven remaining drive-ins, all of which are in central or south Florida, at least five hours away from where I lived. My husband Anthony took me on a date to my first drive-in when I was living in Kentucky, and the experience was magic. I’ve always thought that taking a date to a movie was kind of a terrible idea, essentially saying to your potential paramour, “Hey, let’s go to this big room with a bunch of other people and stare directly forward and not talk to each other for two hours.” At the drive-in, however, it’s two folks on the hood of a car, maybe on a blanket, eating the contraband Taco Bell that you hid in the glove box on the way in (come on guys, we all do it), and talking through the entirety of Get Smart, because everybody else is listening to the movie through their own car speakers and can’t hear you. Maybe you lie back and look up at the stars, while the big, dramatic score of Batman Begins rolls through the amassed vehicles, and hold hands, and fall in love and move to Ohio and get married. Look, it could happen, that’s all I’m saying.

As magic as this hypothetical date may or may not have been, the real magic came when my daughter was but an infant, and my husband and I had not been to a movie together since she was born. We had been having “solo date nights,” where one of us would catch the 7 p.m. show at the Little Art, run back home, and then the other would go to the 9:30 show. It worked for us, and we will continue to do it whenever the Little Art reopens later this month.

But there’s something about watching a movie with somebody you like. And when it occurred to us that we could bring our sleeping baby to the drive-in, there was no looking back. Going to the drive-in is now a summer staple in our household. 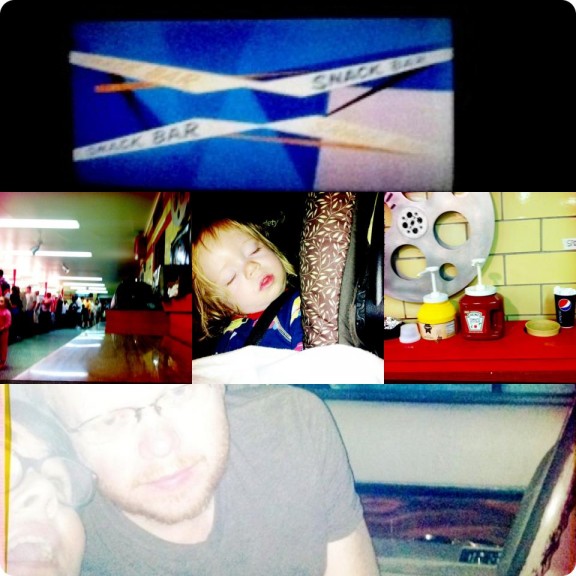 I might also point out that the snack bar at the drive-in is unparallelled. I’d like to see a multiplex serve funnel cakes, that’s all I’m saying.

Which is why it frankly grieves me to imagine that we might not always have the opportunity. Theaters around the country have been making the switch from 35 mm film projection to digital projection, following the trend set by the film industry. Any time you go out to catch a movie at Fairfield Commons or the Greene, you’re watching the sharp, clear image produced by these digital projectors. Those who, like myself, love the Little Art Theatre, were thrilled that our own local movie joint was able to raise the funds necessary to keep up with the digital transition, especially when so many of the nation’s small theaters are having trouble raising the money to do so.

Drive-ins, however, have it especially hard: for the most part, they only take in revenue for five or six months out of the year, and some are only open on the weekends. And with the film industry threatening to cease production of new films on 35 mm by the end of the year, it’s likely that a lot of them won’t be around next year.

For WYSO listeners out there, if this is starting to sound familiar, it’s because you heard me on WYSO Weekend last Sunday giving the same schpiel. I’m not writing this blog as a ploy for more listeners (though I might casually note that you can listen to the story here), but as more of a personal plea on behalf of something I dearly love.

We have the luxury in the Miami Valley of four drive-ins (four! more than half of what the entire state of Florida has!) within easy driving distance. And one of those, Dayton’s Dixie Twin, could get some help through its participation in Honda’s Project Drive-In, which will give digital projectors to five theaters around the country. The five theaters, that is, that get the most votes.

You see where this is going, don’t you?

Go to http://www.projectdrivein.com and vote for the Dixie Twin. The contest ends on Sept. 9, so vote now.

If you don’t, I swear to you, I will bring my child to every movie at the Little Art for the next three years as vengeance. Don’t think I won’t.

2 Responses to “BLOG — Let’s go to the movies, let’s go see the stars”