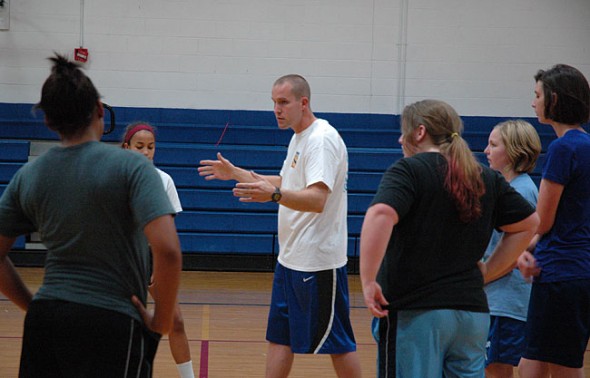 Hatert, a 31-year-old McKinney School math and science teacher, takes the helm of a girls team that won sectionals last year for the first time since 1987 but graduated some top talent. Hatert has coached in the program for six years, including as an assistant last year under veteran coach Tim Barga, who stepped down after last season due to the long commute. Hatert, who lives in Springfield, brings continuity to the program and will run the same offenses and defense as last year.

“I’ve been around the program for years and coached these seniors when they were in seventh and eighth grade,” Hatert said. “I didn’t want them to come into a new system, so I did it for the health of the program. I’m going to pick up where [Barga] left off.”

Returning to the team are Brianna Ayers, Kennedy Harshaw, Anna Mullin, Molly Hendrickson and Rachele Orme. Seven new girls have come out this season, including freshman Elizabeth Smith, who dominated at the middle school level. 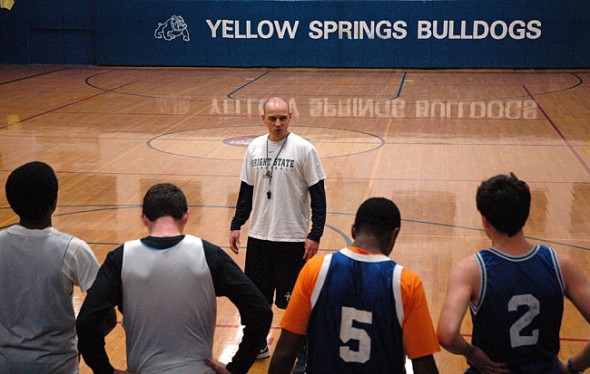 YSHS boys basketball coach Steve Grasso steps into the shoes of Coach Brad Newsome, who retired last year after 13 seasons as the winningest coach in YSHS boys basketball history, with a team of mostly underclassmen (there is just one senior and three juniors on the squad). Grasso, 30, is a reading intervention specialist at a Cincinnati area high school.

Grasso also hopes to build on the long tradition of success in the YSHS boys basketball program. But he has his work cut out for him. The Bulldogs, who were 15–10 last season and made it to the sectional finals, graduated many key players. Returning to the team is senior Eric Lawhorn and juniors Isaiah Taylor, Liam Weigand, Devon Perry and Edward Johnson, while there are a lot of new faces, including some players from the soccer team and several exchange students, for a solid turnout of about 16.

“I’m not as concerned about the score of the game as playing the right way,” Grasso said. “That means solid defense, playing as a team, sharing the basketball and diving on loose balls — doing those extra things that make a difference. If we do that the wins will come.”

Read the full story in an upcoming issue of the News.