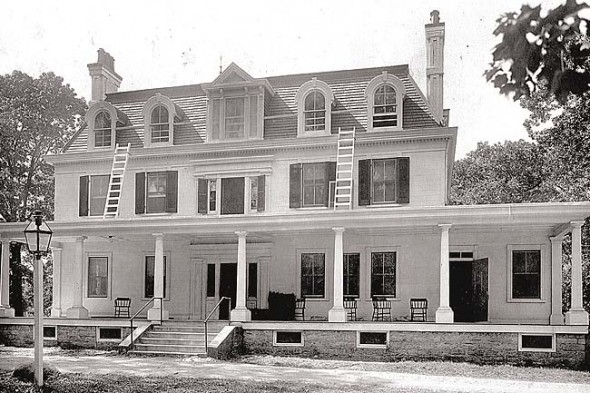 The Mills house was remodeled in the 1870s when the Means family owned it and added a tower, chimneys, the mansard roof and rounded Italianate dormer windows. It was razed from Mills Lawn in 1966. (Photo courtesy of Antiochiana)

Local residents Jim and Libby Hammond conceived their Mills Park Hotel slated for the Barr property next year as an homage to William Mills, whose large home once stood as a community center and gathering space on the school lawn now named after him. The hotel will include 28 guest rooms, a banquet hall for larger events and conferences, a public café, and the long, wide porches that invite visitors ambling by on the sidewalk to stop in and stay awhile.

The project was approved for conditional use by the Village Planning Commission this week, and received approval from the Board of Zoning Appeals for a height variance as well. Construction is expected to begin next spring and be completed possibly before Street Fair 2015.

The structure, designed by local architect Ted Donnell, in the image of the 19th century home, is 24,000 square feet on three stories. It will be situated on the southwest corner of the 1.6-acre property, toward the activity of the downtown and the sidewalks that run along two sides. Toward the back of the property an 80-car parking lot with permeable pavers will provide enough space for large events or overflow parking for the general downtown.

The café is the prerogative of the Hammond’s daughter Katie Hammond, whose studies in the culinary arts and hospitality will serve her well as she gears the menu toward a French palette. She plans to manage the retail store as well.

Here, architectural elevations and below, the first floor site plan, have been prepared by Donnell (no red will appear on the finished structure, which will have a slate colored roof and white siding). 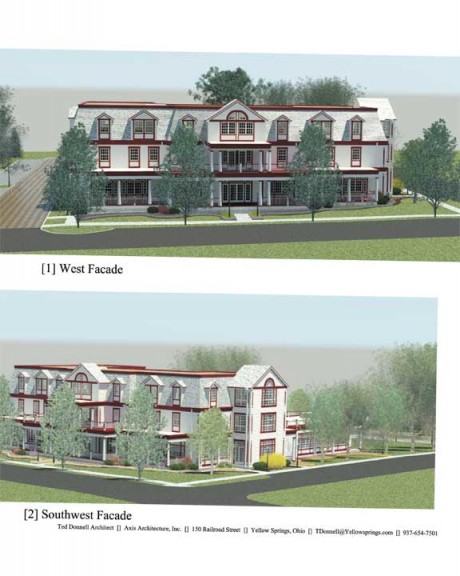 Elevations of the hotel looking east and north east at the front entrance off Xenia Avenue. 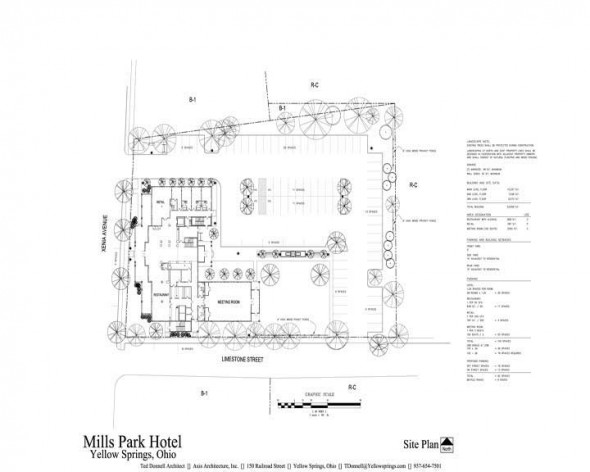