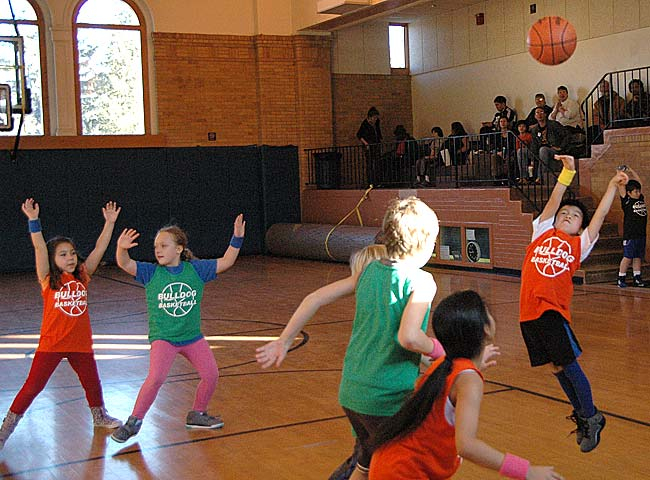 In the Dribble Skills Race, the winner among first through third graders was Kenji Housh with Lucas Price the runner up. The dribble skills winner in the fourth through sixth grade age group was Ethan Knemeyer (runner up was Dylon Mapes).

In the knock-out tourney winning for in first through third grade division was Liam McClean with Kaveeyon Wagner the runner up. Ty Thompson took the top place among fourth through sixth graders (Dale Shelton was the runner up).

The All-Star skills competition wrapped up a successful winter season for the league, which was nearly canceled when thousands of dollars worth of equipment went missing last fall.

Without basketballs, junior hoops and a scoreboard for the elementary school-aged children to use for the annual winter program, the future of a longtime co-ed youth basketball league was in jeopardy.

Then just in time to save the season, the Yellow Springs Police Department, the Human Relations Commission and a private donor chipped in $2,000 to replace the equipment and buy uniforms. At the same time Mills Lawn Principal Matt Housh and a local parent, Callie Cary, stepped up to organize, parents volunteered to coach and high school students agreed to referee.

“It was a total volunteer effort,” Housh said this week.

The winter intramural league is free for local first through sixth graders — both boys and girls. With four teams each in two age groups, some 80 to 90 local children participated this year.

Read the full story in the Feb. 27 issue of the News.