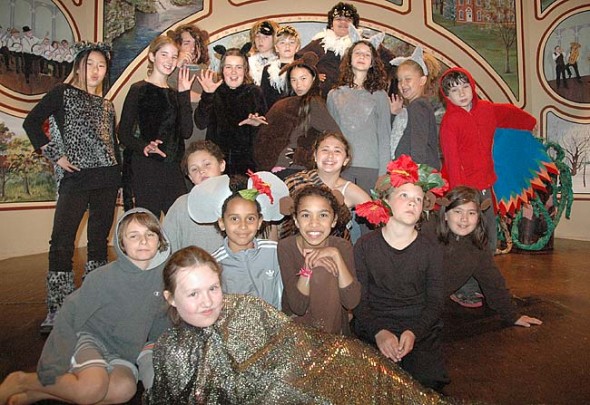 The Antioch School's Older Group and third graders will perform "The Jungle Book" this Friday and Saturday, April 25 and 26, at 7 p.m. at the Clifton Opera House.

The Antioch School will; perform its annual musical this weekend, April 25 and 26, at the Clifton Opera House in Clifton. The school’s Older Group members, along with its third-graders, will stage the classic musical, “The Jungle Book.”  The show will take place at 7 p.m. both evenings.

Each year the school puts on a spring musical, doing things a bit differently than most schools, as befits this almost 95-year-old alternative school that focuses on child-centered and individualized learning. The students choose their own play and rather than auditioning for a part, they pick their own parts. If two students want the same part, the dilemma is an opportunity for the children to practice problem-solving, according to Older Group Teacher Chris Powell, who said the school’s approach to its annual musical leads to an engaged and empowered young cast.