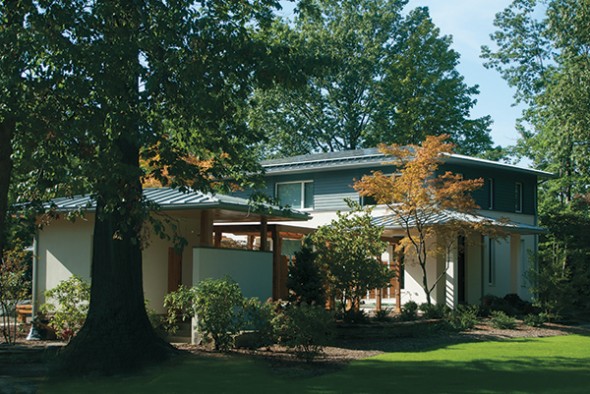 A Passive House in Butler, Ohio. (Photo by Faith Morgan)

The screening, which is free and open to the public, is the Ohio premiere of the film released last year. Produced by the Arthur Morgan Institute for Community Solutions and directed by Faith Morgan, “Passive House Revolution” follows the story of the how the Passive House is the only building standard which cuts a building’s heating and cooling energy and CO2 generation by 80 percent, the level that climate scientists are recommending by mid-century. The film showcases projects from Germany, where Passive House was developed, as well as California, New Mexico, Minnesota, Illinois, Oregon and Ohio.

Previously, Community Solutions released “The Power of Community: How Cuba Survived Peak Oil,” which has sold more than 20,000 copies and been translated into 15 foreign languages.

Filmmakers will be present at the screening. For more information, visit http://www.passivehouserevolution.com or call 937-767-2161.