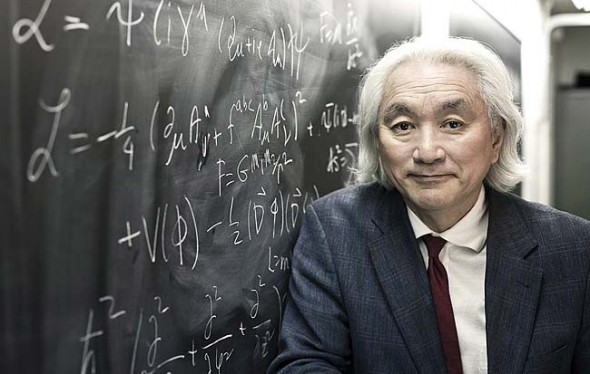 A peek at the mind’s universe

Popular scientist Michio Kaku likes to tell the story of how as a teenager in the 1960s, he built an atom smasher in his parents’ garage. He bought 22 miles of copper wire, wrapped it many times around a football field, connected it to 400 pounds of transformer steel and plugged it in. It blew out every fuse in his parents’ house and probably those of everyone in the neighborhood, he said in a recent PBS documentary science video.

Kaku has told similar stories as a guest on the Discovery Channel, The Science Channel, BBC-TV, and Jon Stewart’s “The Daily Show,” as well as the host of several radio programs of his own. He plans to tell more about his knowledge of outer space (large-scale physics) and quantum mechanics (small-scale physics) in his trademark layman’s terms during a public lecture at Wittenberg University tonight, Oct. 30. His talk, entitled, “How Science Will Revolutionize the Next 20 to 50 years,” will take place at 7:30 p.m. at Wittenberg’s Pam Evans Smith Arena.

Local resident Todd Leventhal saw Kaku several times on “The Daily Show,” most recently in February talking about his New York Times bestselling book, “The Future of the Mind,” in which Kaku explains modern scientists’ understanding of the human brain and how consciousness itself may originate. Leventhal, whose family has sponsored a lecture in the annual Wittenberg Series for 32 years through the Fred and Maxine Leventhal Endowment Fund, found Kaku’s presentations to be “brilliant and witty” and thought his ideas would be accessible to the broad spectrum audience of the Wittenberg lectures.

Kaku was not available to comment for this article, but according to the interview with Stewart and others, from his physicist’s perspective, the two greatest mysteries of the universe are that of outer space and that of intelligence or consciousness. And the brain could be the means and the end to both.

So what, according to Kaku, is the most “complex object in the solar system, weighs three pounds, consumes 20 watts of power and is fueled by hamburgers?” The human brain! In his latest book, Kaku explains that the brain is controlled by over 100 billion nerve cells, which scientists are racing to map, just like they’ve done with the human genome over the past 30 years. Currently the only brain that is completely understood is that of a nemotode. But both Kaku and President Obama’s administration believe that, infused with some resources, scientists could be on the cusp of making a plethora of discoveries about the nervous system and how it drives consciousness.

“This is the golden age of brain research,” Kaku said on the “Daily Show.”

Helping to make that possible is Obama’s BRAIN Initiative, begun in 2013 to infuse $1 billion of public funding into mapping the human brain. The implications of such a task range from treating diseases such as schizophrenia, Alzheimer’s and Parkinson’s to one day being able to make a digital copy of an individual’s brain. If scientists can digitize a personality, they can ostensibly create consciousness outside the human body. According to Kaku, that’s a form of immortality.

But Kaku is also aware of the current limitations to science, including the efficiency with which actual humans operate their brains. To do the same thing artificially at this point, it would take a computer the size of a city block, cooled by a river and energized by a nuclear power plant. But much progress has been made to map the brain, which is why popular physicist Stephen Hawking, who is paralyzed from the neck down, for instance, can wear a chip in his glasses and type words and operate a mobile chair simply by thinking thoughts.

Aside from his public appearances, Kaku’s day job is teaching physics at City University in New York, where he spends many hours thinking in silence about traditional physics problems such as how the behavior of subatomic particles (as in 11-dimensional string theory) could prove Einstein’s unfinished Unified Field Theory, aka the Theory of Everything. Kaku will also give a more applied public lecture with Q and A at 4 p.m. on Thursday, Oct. 30, in Bayley Auditorium on the Wittenberg campus.

The Michio Kaku lecture is sponsored by the Leventhal Family and the IBM Endowed Lecture in the Sciences.