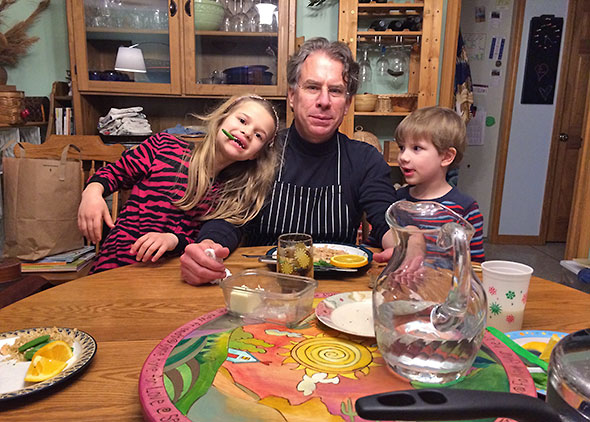 I didn’t realize at the time, but buying a crockpot was a bellwether event. Its purchase marks the clear delineation between the years when Jeremy and I split the responsibility of cooking dinner evenly and the years when my husband all but took over as family chef.

The crockpot wasn’t the cause of this renaissance but an enabler. Just two months before its purchase, Jeremy changed jobs and—with the shorter commute—started arriving home a full hour before me. Despite the clear time advantage, I might have resisted abdication if his standard MO had not changed. His former mode of operation was to cook out of a box or out of a cookbook—word for word—but his style in the kitchen has undergone an astonishing metamorphosis. Perhaps it is the slow, forgiving infusion of crockpot cooking that bolstered his nerve, but whatever. He is now flying solo…no book, no box, no “better” half. Throwing off past crutches to manifest an assertive persona, he bought himself a black pinstriped apron, tightened its strings securely about his hips, set in motion a series of exploratory experiments in food preparation.

In truth, I haven’t left the kitchen entirely and actively contribute as sous chef. I keep the larder filled with staples and seasonal fare. Then, just before we sit down to eat, I whisk in some final flourish. I dress the plates and make sure vegetables feature in the meal. However, to give credit where due, Jeremy has been putting in the lion share of work. 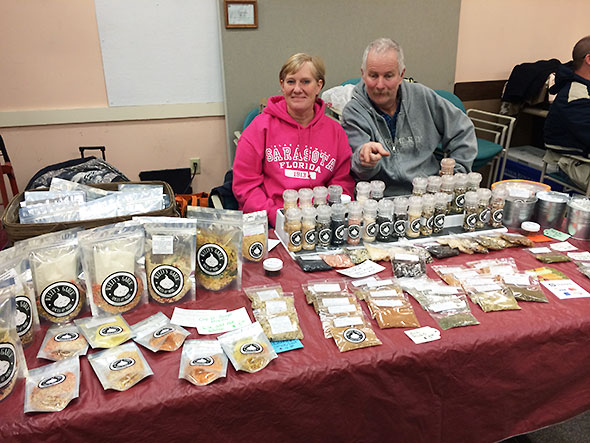 In my sous chef duties last weekend, I brought home a pound of Norwegian salmon from Current Cuisine and a package of seasoning from the farmers market. With my herb garden under three inches of snow and a mind to changing up the unusual fish fry, I turned to Louise Berrier of Weezy’s Garlic, Spices, And More for sage advice and substance. We selected a medley of spices featuring lemon zest and dill from among the packages of dehydrated foods she offers. Back at home, I left the package on the kitchen counter for Jeremy. 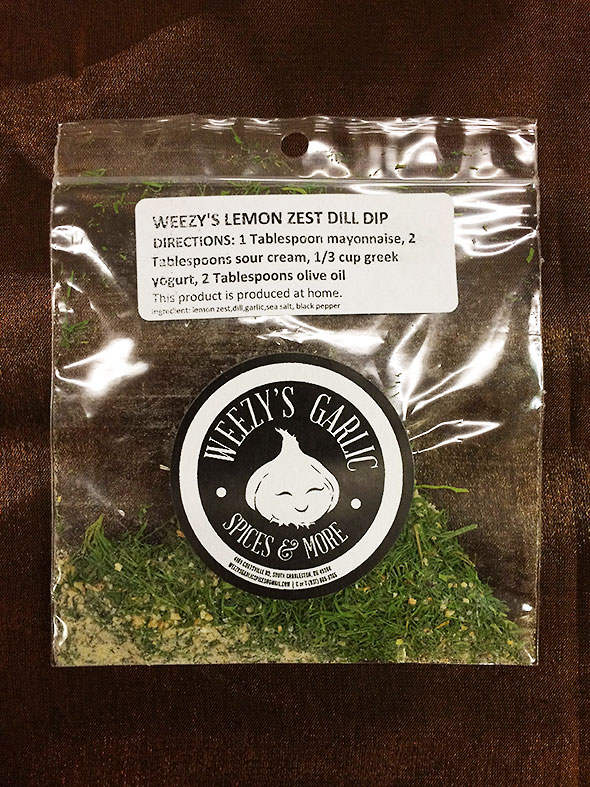 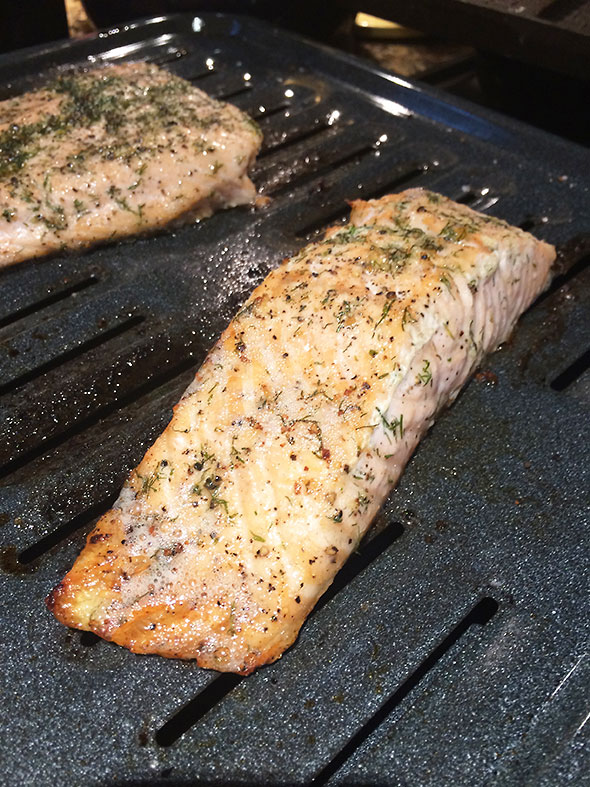 Placing two thick fish steaks on a broiler plate, he salt and peppered the steaks, first skin side up, then skin side down. Next, he dropped about half of Weezy’s lemon-zest dill mixture into a quarter cup of melted butter and coated both sides of the fish with the seasoned butter. He put the fish skin side up under the broiler for three minutes then flipped the steaks skin side down and let it cook for another three minutes on the second side. The fish came out of the oven flecked with dill, perfumed in lemon, and lightly brown from the toasted butter. 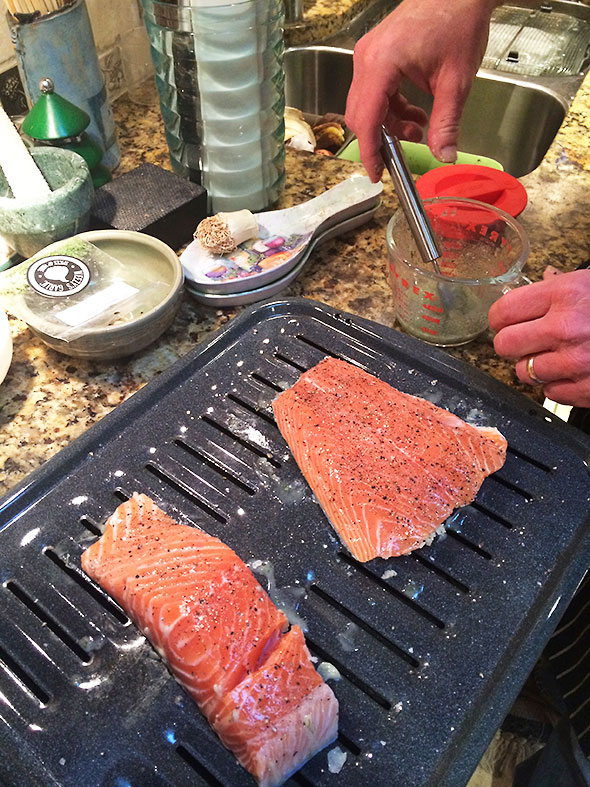 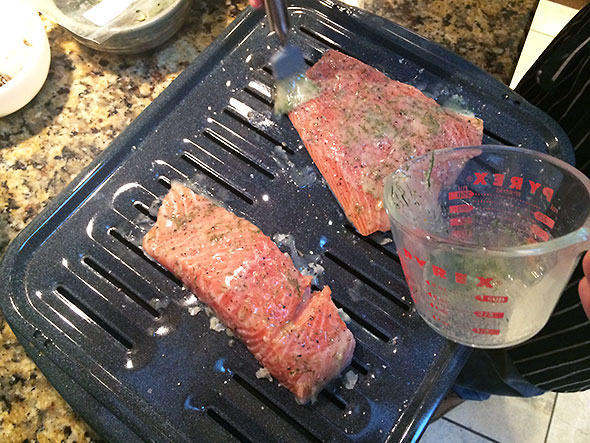 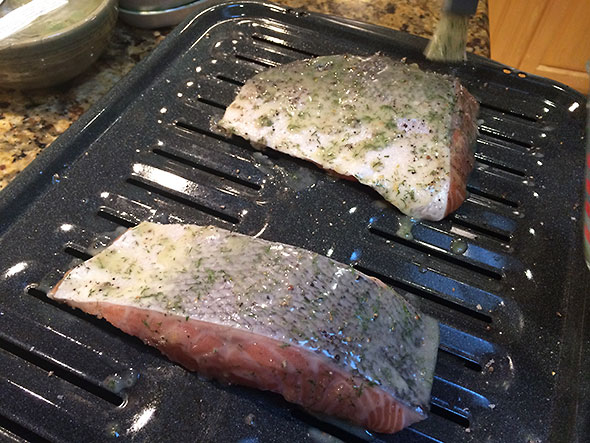 Jermy called the family to ready and, while the kids washed hands, I entered the kitchen to prep our dinner plates. From the refrigerator, I pulled pomegranate seeds and pea sprouts—spicy micro greens from Peach Mountain Organics now offered in the produce section of Tom’s Market—and added them to dinner plates for both the kids and the adults. The kids got glasses of milk, but the adults pulled the cork on a bottle of white bordeaux featured this month at the Winds Cafe and Wine Cellar. 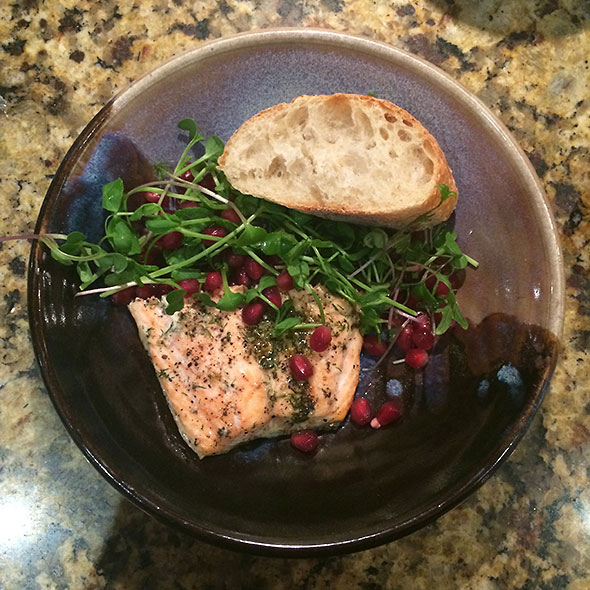 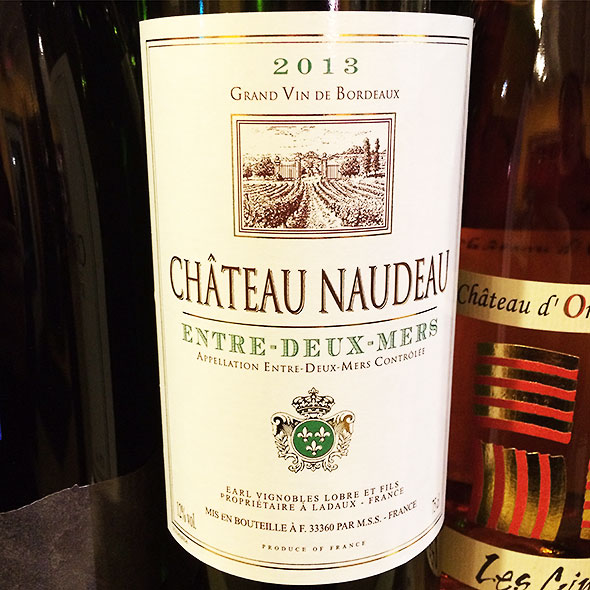 Jeremy and I were both pleased to watch the kids dig into the good food without hesitation. Sprouts are called helicopters in our family. We often take sprouts by the stalk and twirl their cotyledon leaves between our index finger and thumb. After a bit of play, we catch the greens in our mouth clamping down on the fresh stalks to snap them apart with a satisfying crunch. Helicopters list among the green vegetables that our children enjoy—others include spinach, snap peas, and peas—and are the most nutritious, hands down. 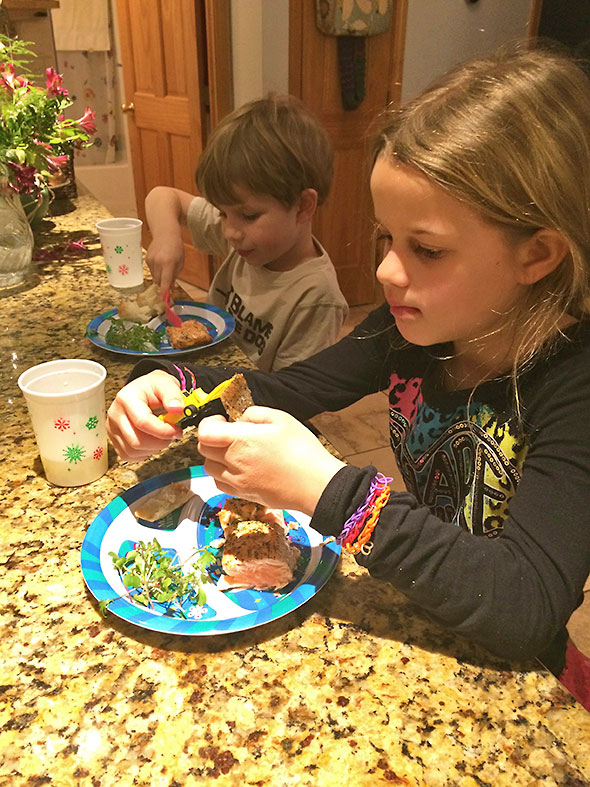 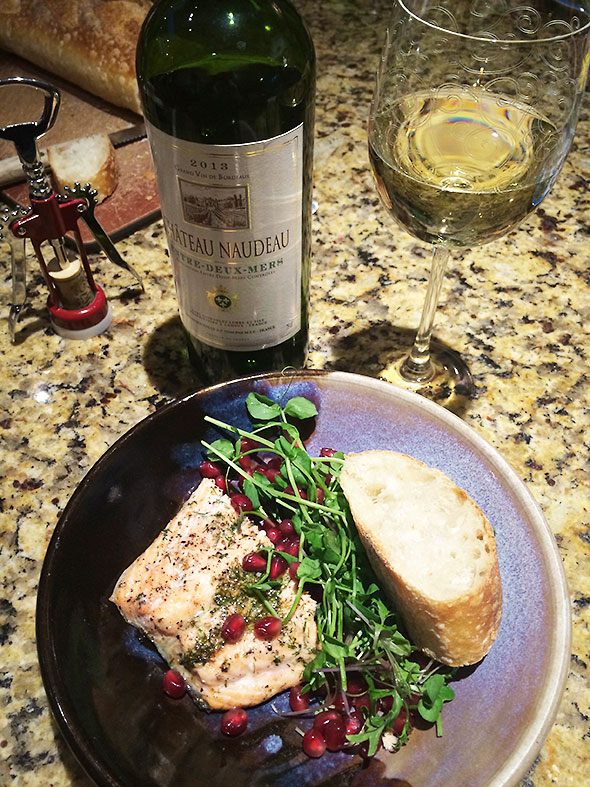 I can’t help but feel well loved by the person who sets the family table and, night after night, fills our bellies with good food. Over the past two years, I’ve noted the rising tally of pictures posted on my Instagram account tagged with the concatenation #heLovesMe, one part boast, three parts deferential salute. I occupy the far side of contentment at these times…in the midst of the family, tucked in a deep, nurturing embrace…and count myself among the fortunate.