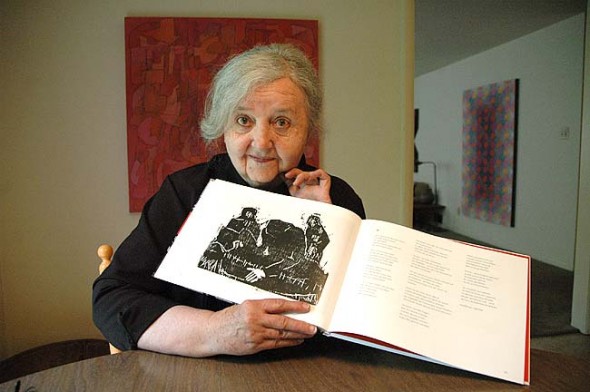 Luisa Owen will read her original poems in German on Friday, June 5, at the Epic Book Shop.

Longtime villager Luisa Owen will read her original poetry in German from a book recently published by a Serbian publisher. The poems address Owen’s childhood years in Yugoslavia, during which she and her family spent four years in a concentration camp for ethnic Germans.

While the poems address difficult memories and realities, Owen isn’t aiming for retribution or anger. Rather, she sees the poems as a way to bear witness to the broad reality of human experience, including the pain that humans can inflict on each other.

“Rather than wallowing in sorrow, I want to learn from my experience, to understand it,” she said in a recent interview.