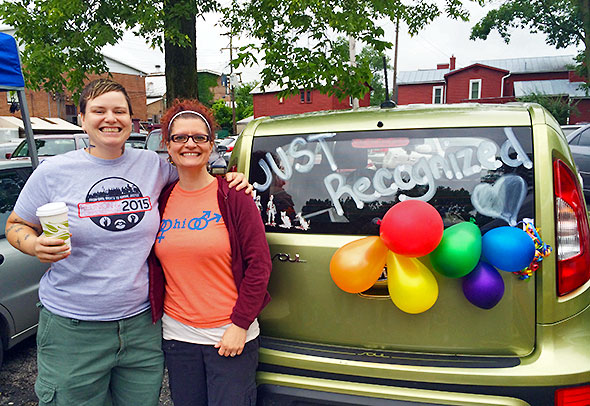 A rain drizzled down on the chilly October night as I crossed the Antioch College campus. Walking with a crowd from the horseshoe drive off of Livermore Street toward the Foundry Theater on Corry, I left a dying bonfire while ahead the theater lit like a beacon. Awashed in the hues of a rainbow, the theater was set to host a rally for marriage equality and I was there to join my voice to the call. 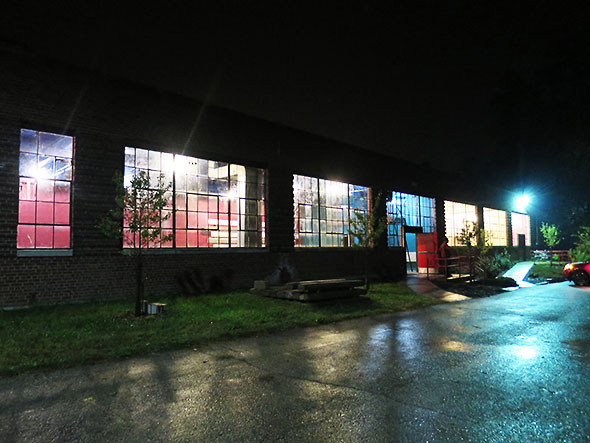 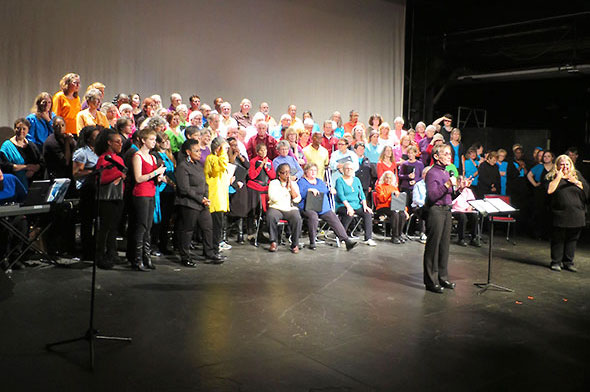 It was October 10th, the eve of National Coming Out Day. Two months earlier, the Sixth Circuit Court of Appeals had heard oral arguments in cases fighting same-sex marriage bans in the states of Tennessee, Michigan, Kentucky, and our own Ohio. At the October rally, we were told by Attorney Lisa Meeks that a decision was expected any day. Meeks warned that two of the three judges tacked right and the circuit was expected to uphold the bans. Hope had kindled anew however as, just four days earlier, the Supreme Court of the United States let stand rulings that allowed same-sex marriages in the states of Indiana, Oklahoma, Utah, Virginia, and Wisconsin. The move increased the number of states issuing marriage licenses to same sex couples to 24, a number that would soon grow to 37. As citizens in one of the 13 outlier states, we were left in terrible suspense: Would the higher court’s action influence the conservatives of the Sixth Circuit? Would Ohio’s ban on same-sex marriages fall before our very eyes? Would love win in 2014? 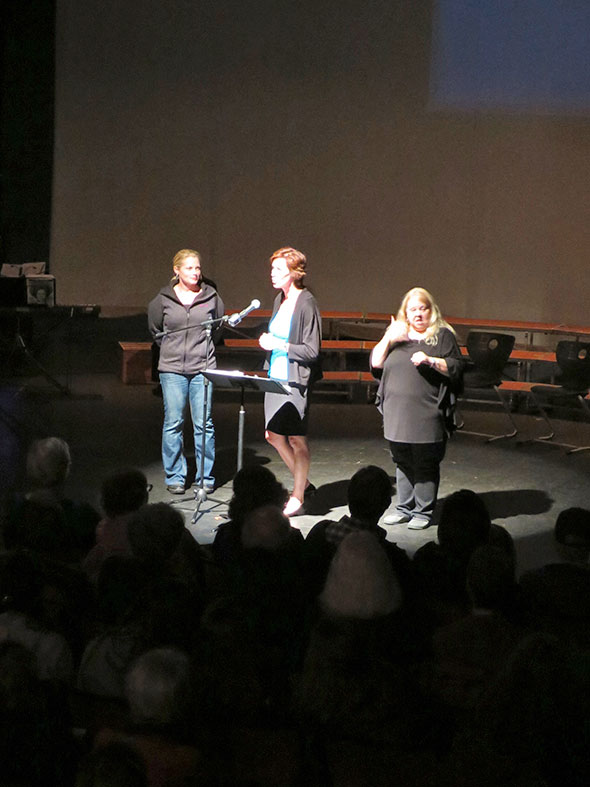 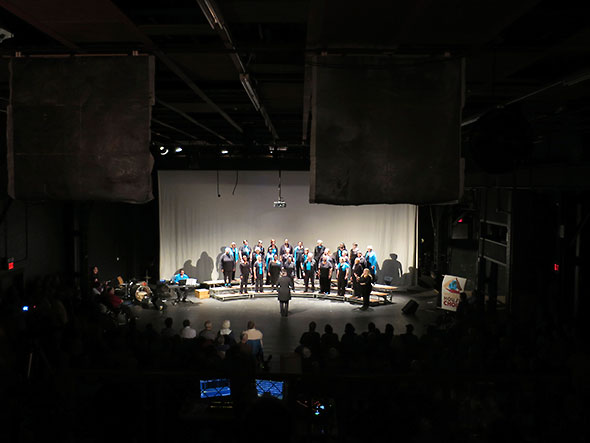 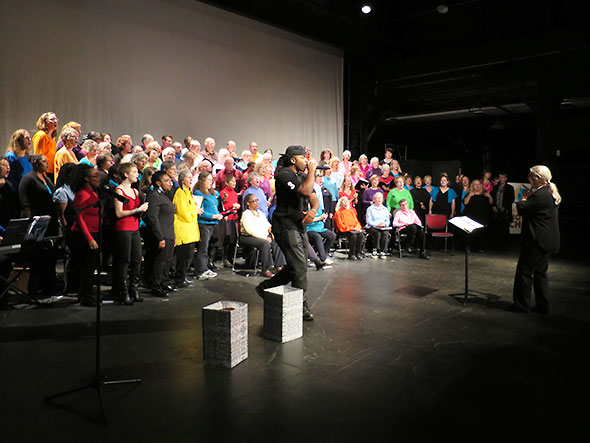 The sizable crowd was twittered with hope. “Who wants to say I do?” sang the members of the World House Choir and the answer came back swiftly “I do!” The program of the evening was upbeat and effusive. MUSE, a women’s choir from Cincinnati, shared the stage with the World House Choir, and their performances rang with enthusiastic endorsements of marriage as a vehicle of love, familial commitment, and resilience. I listened to the testimonies of two female partners struggling to balance the responsibilities of raising children while only one partner was considered the legal guardian. I keenly felt their frustration knowing full well the needs of my own children and the efforts that Jeremy and I conjoin to meet them. I watched dancers Melissa Heston and Rodney Veal as they whimsically referenced wedding rituals and, wistfully, I remembered my first embrace of marriage equity. Jeremy and I married in 2003 two months before the landmark case Goodridge versus the Massachusetts Department of Public Health. When that first case found that same-sex couples had the right to marry, the thought “Why can’t everyone be this happy?” came naturally to this newlywed and would not be supplanted. 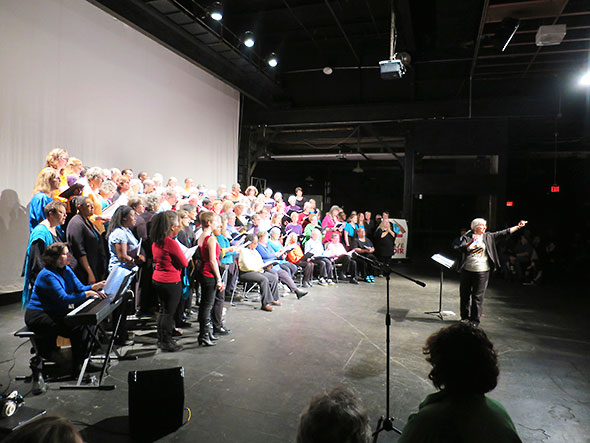 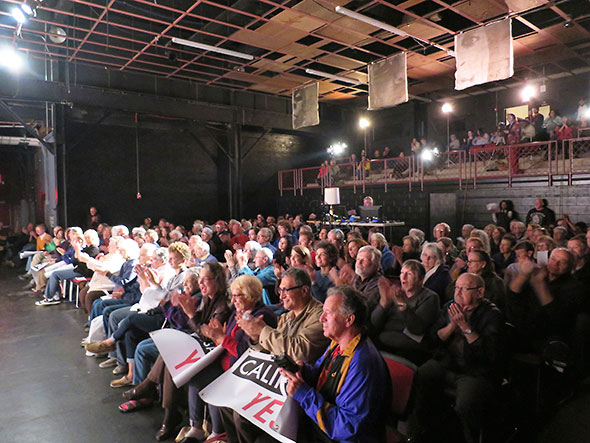 By the end of the evening’s rally, audience members were on the edge of our seats, energized to the seams with anticipation. Ohio’s ban, however, would survive the year. A month later in November, Justice Sutton wrote a guarded opinion for the majority acknowledging that the question was not longer “whether American law would allow gay couples to marry” but when. While four federal courts of appeals were satisfied that the equal protection tenets of the Fourteenth Amendment compelled states to permit same-sex marriages, the sixth circuit felt confined by a single line ruling issued by the Supreme Court of the United States in 1972. In that terse ruling, the Supreme Court refused to hear a same-sex couple’s challenge to a Minnesota clerk who had denial the couple a marriage license; the court found only that the challenge did not raise “a substantial federal question.” And so the Sixth Circuit court demurred. Leave it for now, the lower court decided. Leave it for someone else. 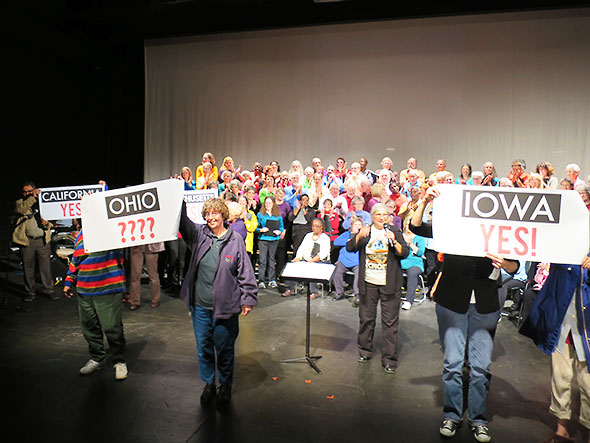 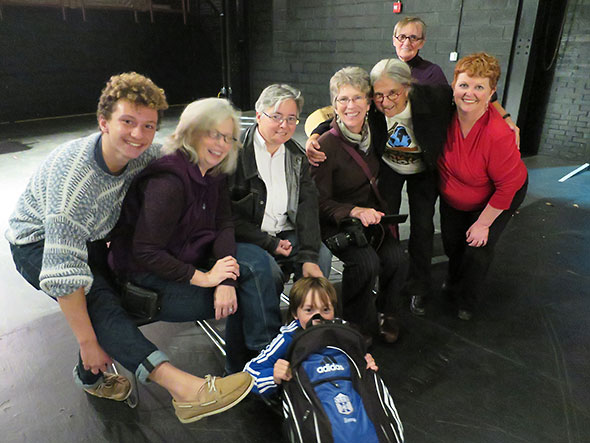 Flash forward to this week. Rain clouds threatened overhead as the village decked itself in rainbow colors. Villagers again twittered in anticipation of a court ruling, a decisive one this time. Would the decision come Wednesday? Perhaps Thursday? Wouldn’t it be awesome to have an extra special reason for the Pride Parade scheduled for Saturday. 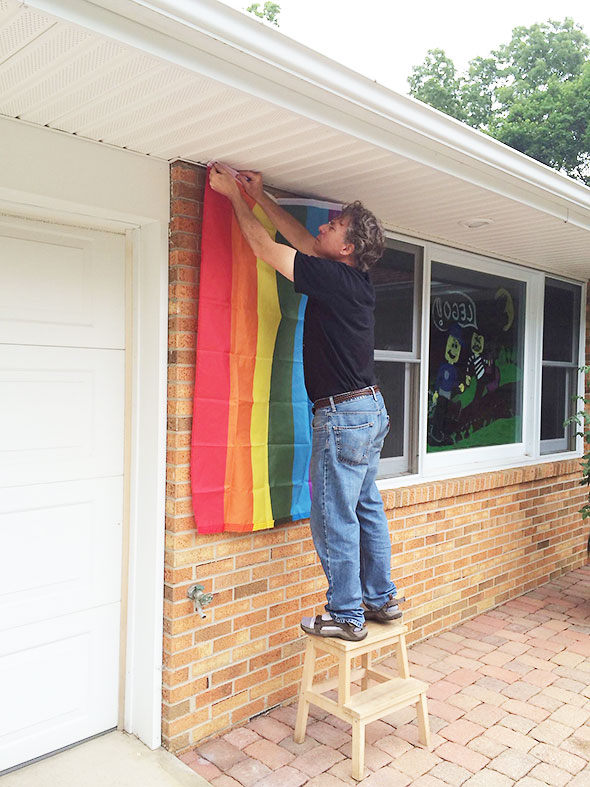 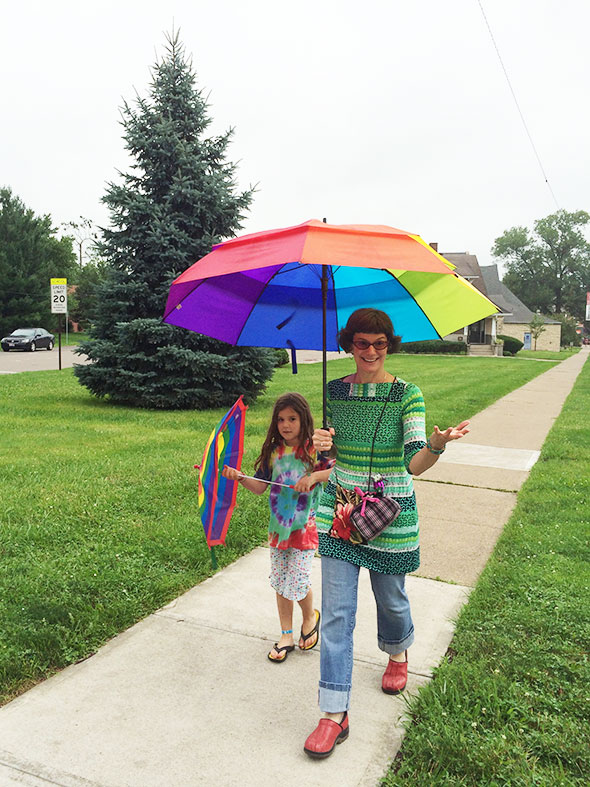 Then it came. Friday morning, young interns zoomed out of the Supreme Court sprinting across white marble to reveal the decision to the press. The news? In a 5 to 4 split decision, the majority provided the answer that many of us craved and many feared. Marriage Equality became the law of the land. 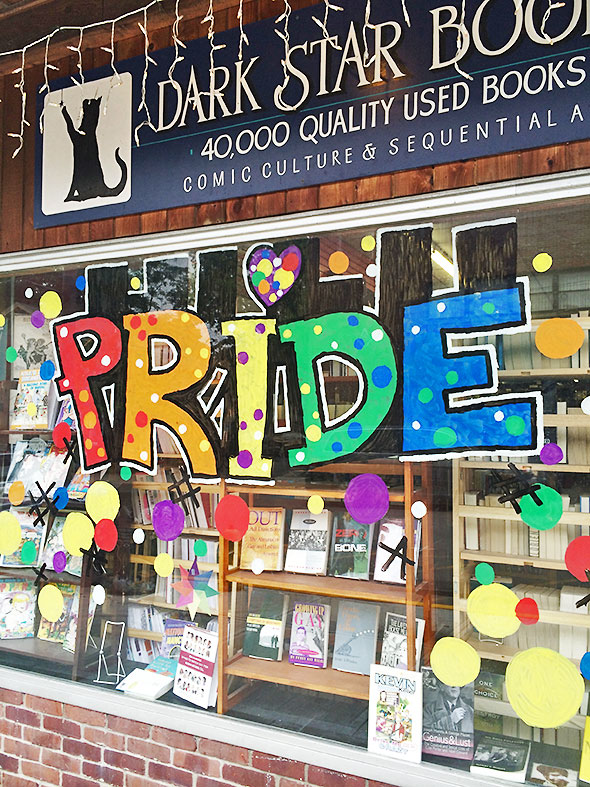 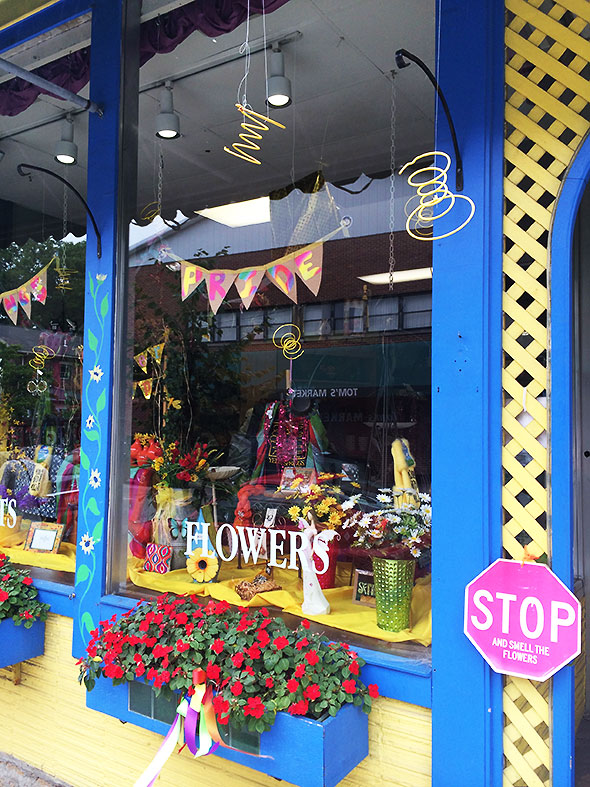 Justice Kennedy wrote the majority opinion, 100 plus pages that seemed to stun the press when it landed in their laps. The document was a testimony to tradition, American principles, and the unique union that is family life. The final paragraph drew the most attention. Marriage, it says, embodies the “ideals of love, fidelity, devotion, sacrifice, and family”. Kennedy affirmed the respect that the petitioners hold for marriage, a respect they hold dear enough to pursue marriage’s “fulfillment for themselves”. Foremost, they ask for “equal dignity in the eyes of the law”, and the Fourteenth Amendment granted the right to ask for that recognition. 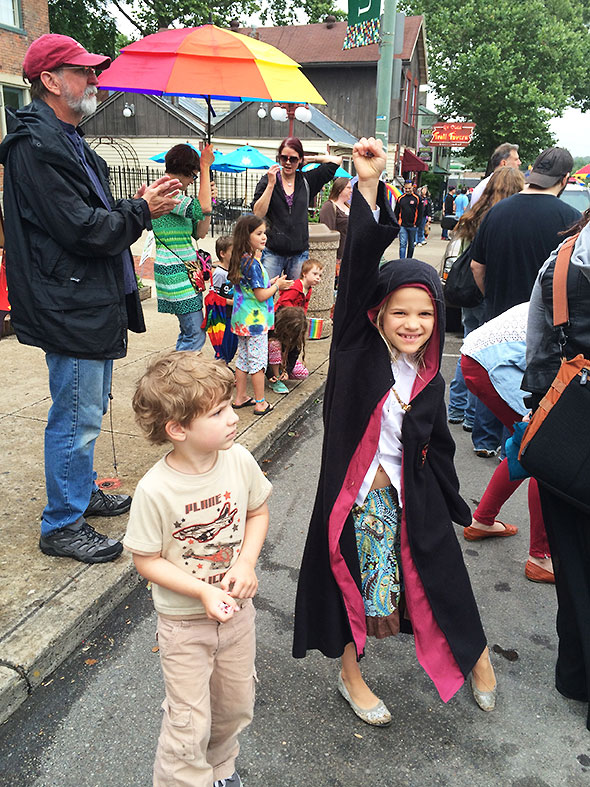 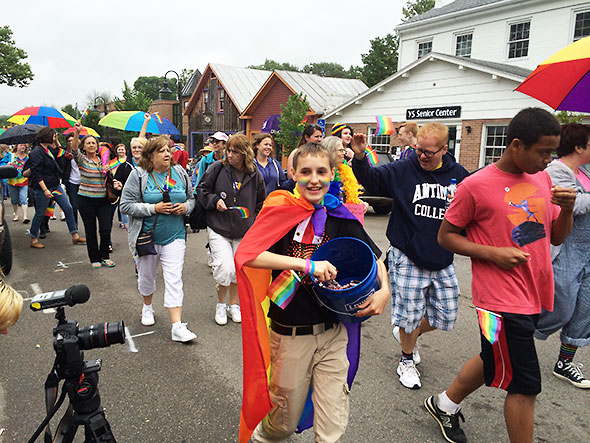 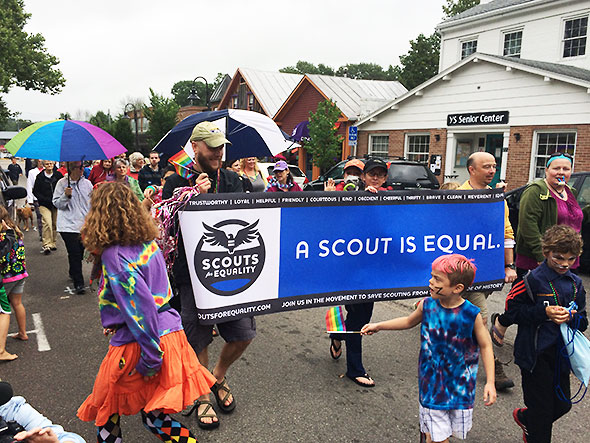 Dignity. It’s a good word. And a right fair thing to insist on and embody—respect, compassion, thoughtfulness—in my children, for my children. I look to my young ones and rejoice that they can seek the fulfillment of family no matter what their orientation is. After Saturday’s farmers market, my family lingered in the King Yard parking lot, hanging out with two other couples. We were gathered around one family’s car, its rear gate decorated with balloons, the rear window soaped with the words “Just Recognized”. My children ran around our feet as we traded stories of our weddings and receptions and delighted each other in detailing memories from those happy events. We had the kind of impromptu effortless exchange that I hope my children witness again and again. The narrative “Love Wins” is one worth repeating. 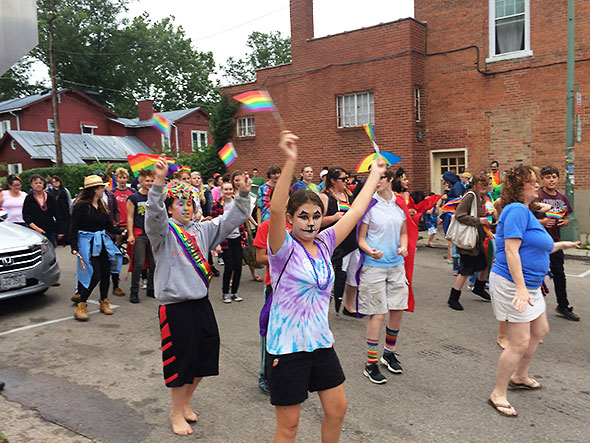 The downtown Yellow Springs PRIDE events—both the spontaneous and scheduled—transformed a weekend of intermittent showers into summer days peppered playfully with exuberance and arching rainbows. If we follow those rainbows…cheeky and earnest…we’re destined to end up closer to our authentic center.