Clarence Jones to give commencement address 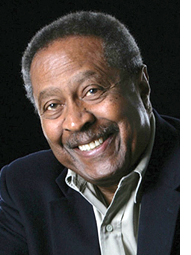 Today Antioch College announced that Dr. Clarence Jones, a visiting professor at the University of San Francisco and scholar/writer in residence at the Martin Luther King, Jr. Research and Education Institute at Stanford University, will deliver the commencement address at Antioch College this Saturday, June 20, at 10 a.m.

Jones is a “spectacular replacement” for Congressman and civil rights leader John Lewis, who notified the college yesterday that he couldn’t deliver the address due to the recent death of his uncle, whose funeral is on Saturday.

“We are honored that Clarence Jones will be joining us to offer the commencement address,” Antioch College President Mark Roosevelt said in a press release today.

Jones served as a political adviser, counsel and speechwriter for Rev. King in the 1960s. In that role he coordinated King’s legal defense against the libel suits filed against them by city officials of Birmingham, Alabama and drafted the settlement agreement between the City of Birmingham and King to bring about the end of demonstrations and the desegregation of department stores and public accommodations. He also assisted King in the drafting of his celebrated “I Have a Dream” speech that King delivered at the March on Washington, Aug. 28, 1963.

He is co-author of the books, “What Would Martin Say,” and “Behind the Dream — The Making of the Speech that Transformed a Nation.”

The Saturday event is the college’s first graduation since its reopening in 2007. About 23 students will graduate.

One Response to “Clarence Jones to give commencement address”