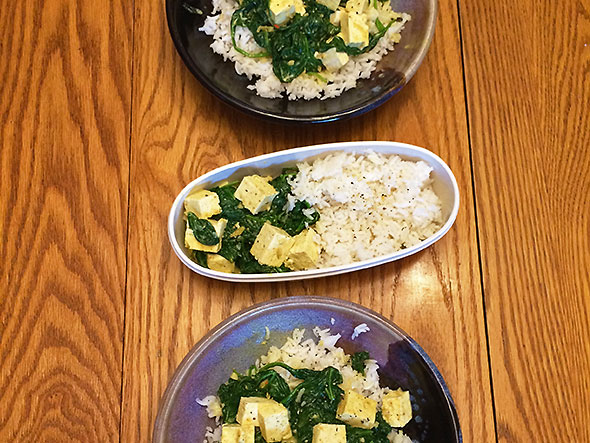 This week I received a package in the mail…recipe cards from food advocate Mark Bittman and a box full of fixings. I’ve gotten recipe cards in the mail before. Recognizing a budding but intense interest in their preteen daughter, my parents hooked me up with a subscription to the Betty Crocker recipe card library in the early 1970s. Every month for three years, I received—with much anticipation—a packet of 10 to 15 cards centered around a cooking theme such as Seasonal Favorites, American Classics, or Children’s Parties. Each card was the size and shape of a classic polaroid. On the front of the card was a splashy color photograph, on the back a catchy blurb in italics followed by a list of ingredients in bold. A description of the creation was then ticked off in crisp, concise language. Unlike the textual blur of standard cookbooks, the Betty Crocker recipe cards showed me each dish lovingly interpreted. I’d pour over each set and pick out two cards—sometimes three or four—to try out on the family. The library’s take on german potato salad, london broil, and sweet and sour chicken became my go-to cooking standards. My parents happily provided encouragement and all the necessary ingredients. 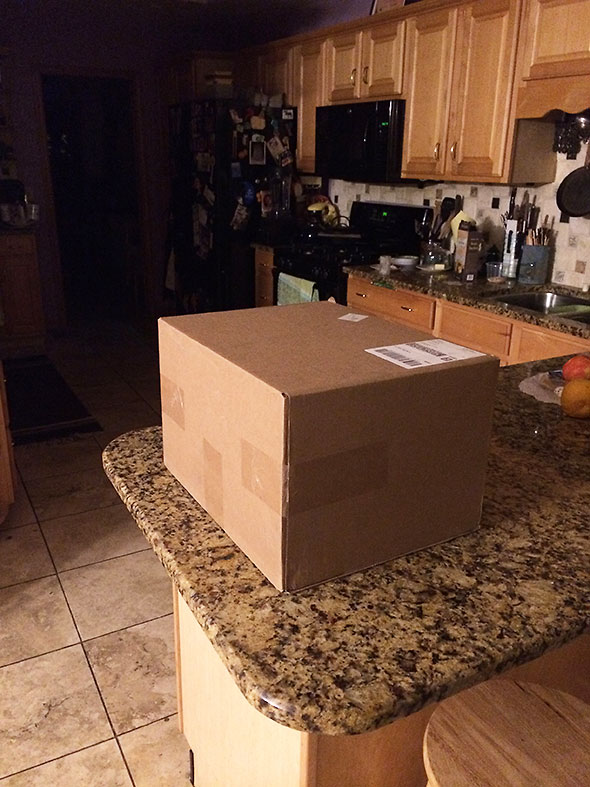 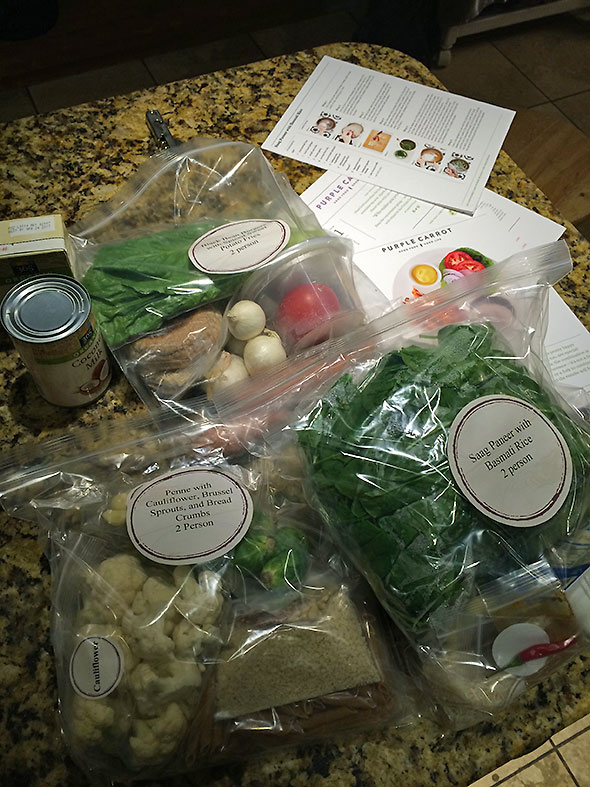 This past Wednesday night, I returned to the house and was greeted by a large brown box on the kitchen peninsula. The box was unadorned, simply addressed from The Purple Carrot to me. Immediately, however, it evoked the same eagerness I knew whenever Betty arrived. I cut through the three strips of tape holding the box shut and flipped open the cardboard lid. Inside were four letter-sized pieces of card stock…thick, matte sheets of paper that print color well. The bottom three sheets were recipe cards…grown-up versions of the cards from Betty Crocker. The top card read like an invitation…not just an invite to cook but to share the good news that is high quality vegan cooking. 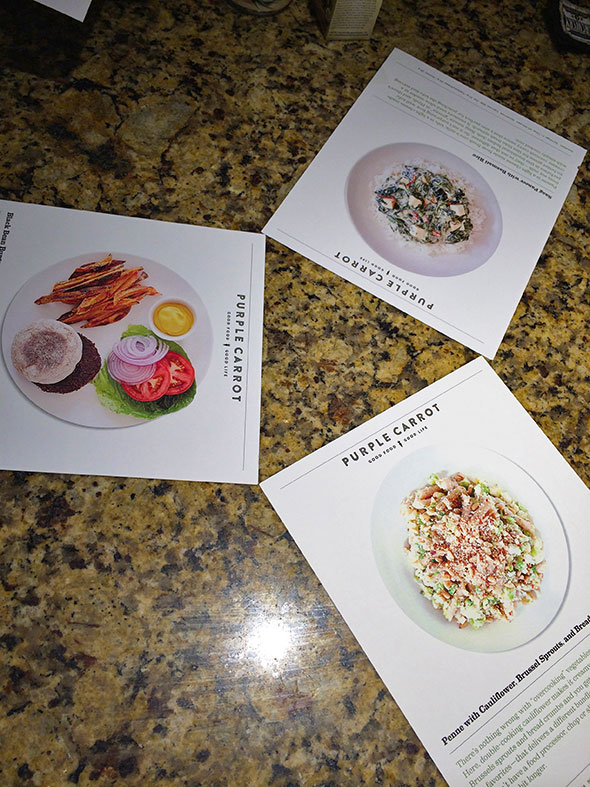 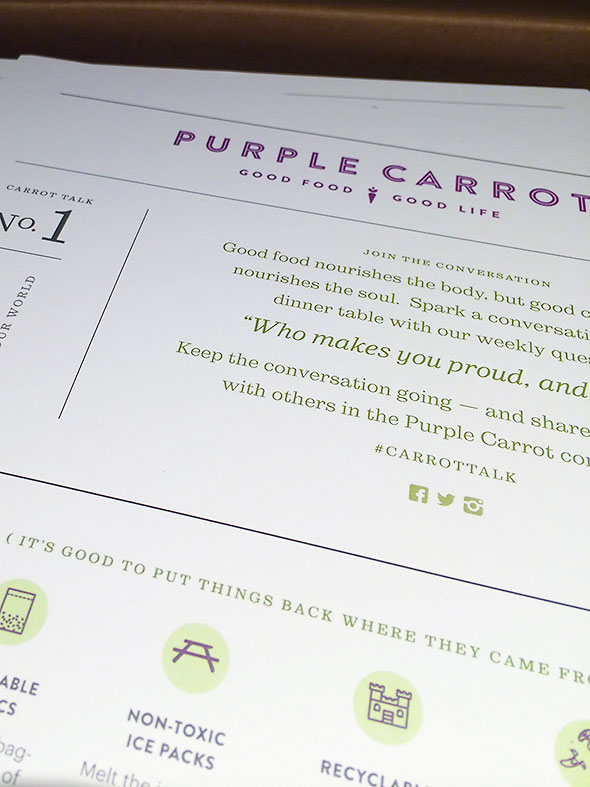 The box contained something else enticing: a silver lined pouch full of vittles. I emptied the pouch and took stock. There was a can of coconut milk, a box of black beans, and three ziplock bags each holding the raw ingredients of a vegetarian meal. The meals in this first package were saag paneer with basmati rice, black bean burgers with sweet potato fries, and penne pasta with an alfredo-like sauce made from creamed cauliflower. I turned over each package wondering what to prepare first. 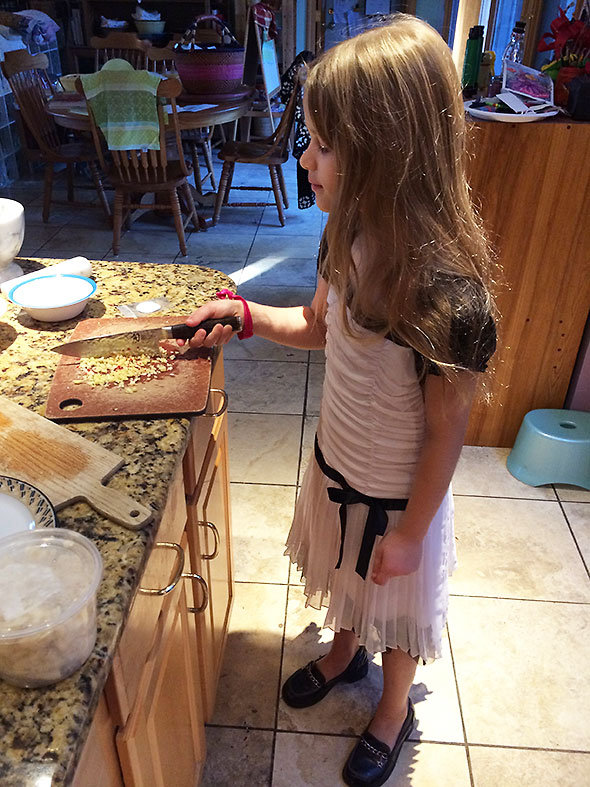 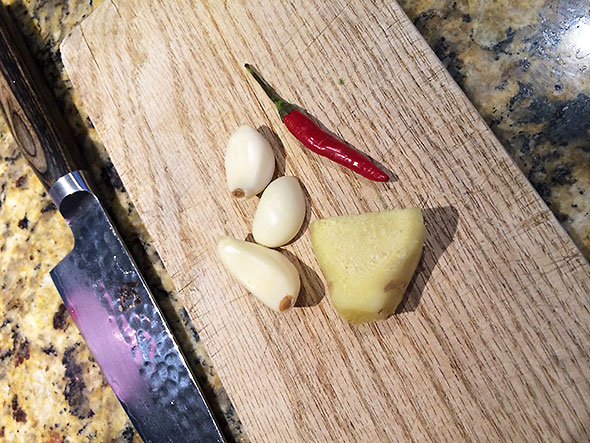 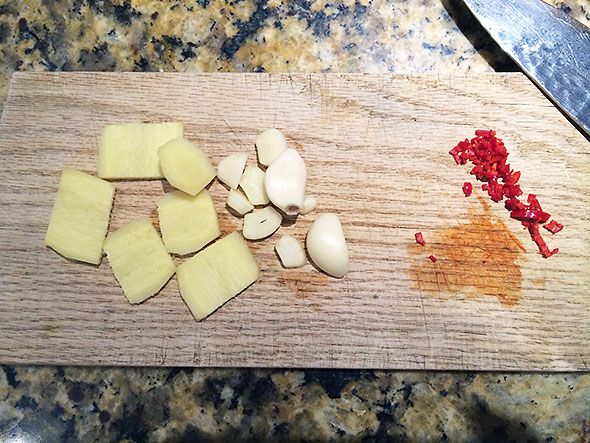 One week prior, I had ordered the meal kit. The kit represents a new partnership between food policy activist Mark Bittman and start up company The Purple Carrot. I have been reading Mark Bittman’s New York Times opinion pieces on food policy since he began the series in 2011. When Bittman suddenly announced in September that he was leaving the Times to join a year-old startup, I was curious what he was up to. Last week, the announcement came: Bittman was joining The Purple Carrot as their Chief Innovation Officer. Together, they deliver vegan meal kits to families across the country. Their goal is to create amazing plant-based menus and to teach people how to prepare those menus. My goal is to learn, first, how to cook vegan and, second, how to pass this knowledge and its benefits on to my children. 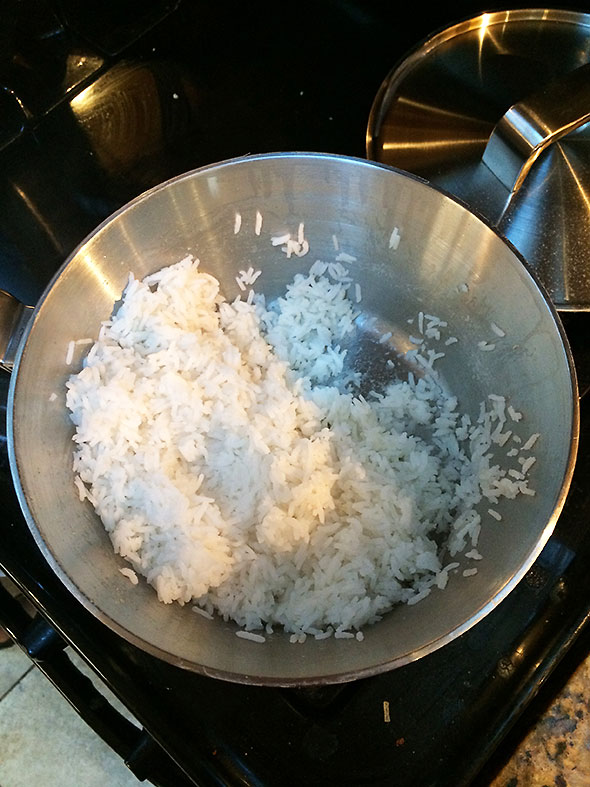 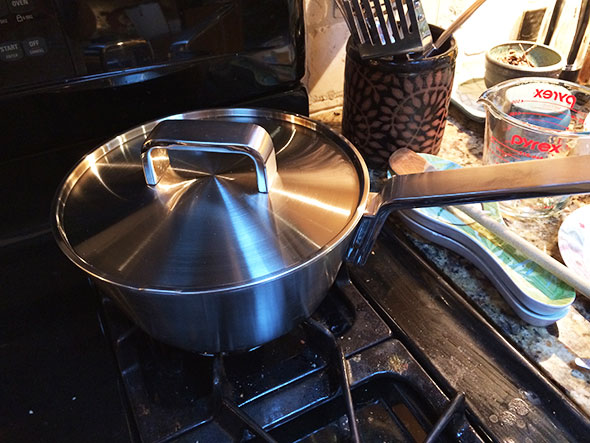 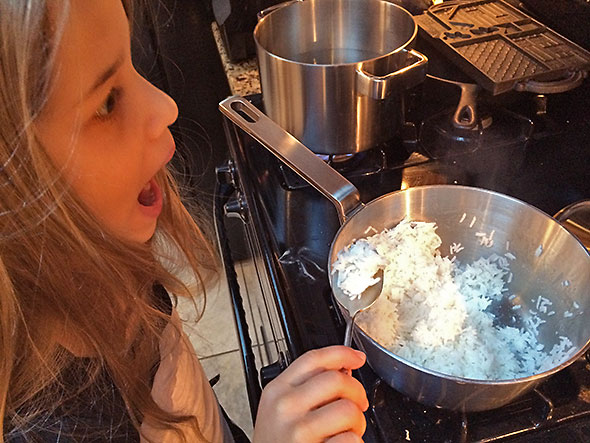 Generally, I’m skeptical about meal kits preferring to eat locally sourced food. I see great value in vegan meal kits however. Creating a meal that balances production, nutrition, texture, and taste is no simple trick. I appreciate the opportunity to expand my cooking vocabulary and bag of tricks under the direct guidance of a trusted mentor. Tuned in by his obvious love of cooking and moved by his dismayed analyses of the national food culture, I consider myself one of Bittman’s disciples. I advocate humane conditions for workers and livestock and crusade for a food system that yields high quality, accessible provisions. Bittman like myself is an affirmed omnivore. However, after witnessing the ill effects of the American diet on our overall health and environment, we agree that the country’s current food system has to change. Our main problem is that the standard American diet is unsustainable. Its excesses eat up water and chemical resources on the front end and, on the back end, eat up our health. To put the system on a sustainable track, Bittman’s message is straight forward enough: Reduce our consumption of processed foods and animal products. Eat more plants than we did last month; then, next month, eat more plants than we did this month. 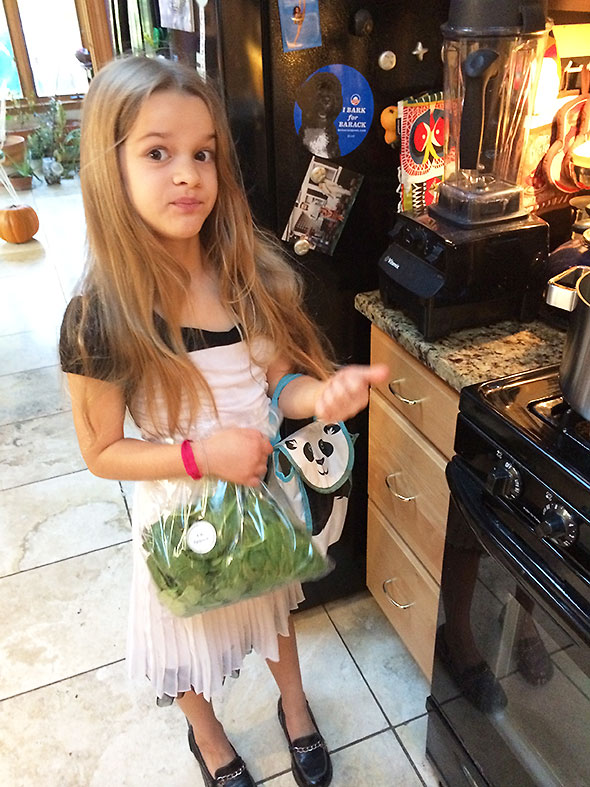 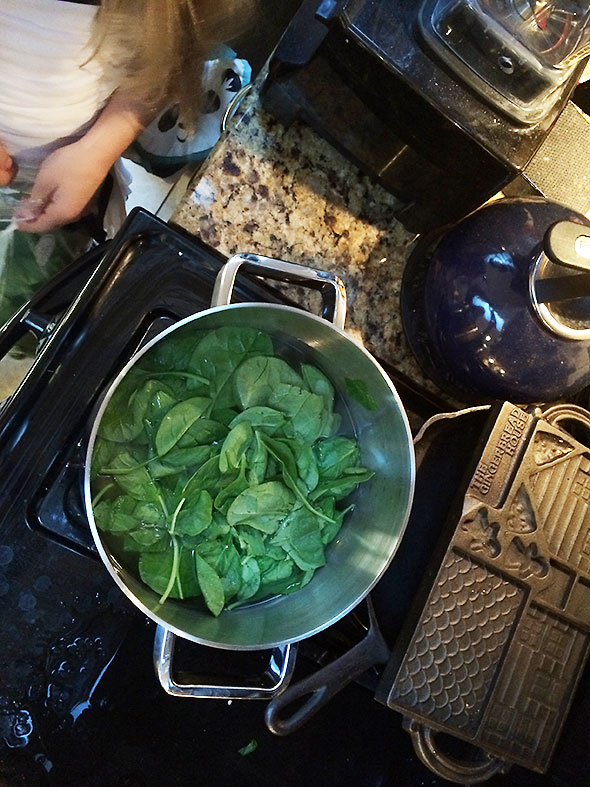 Practically speaking, encouraging people to eating vegetables is not easy. In the kitchen, vegetables are tough customers. You often need a sturdy blade, a steady hand, and searing heat to tame their kind. Meat and diary are so much more yielding. Bittman yearns to do more than talk about food. He wants to fill people’s plates with wholesome veggies. He sees The Purple Carrot’s meal kits as the next best thing to cooking for people in their own homes. 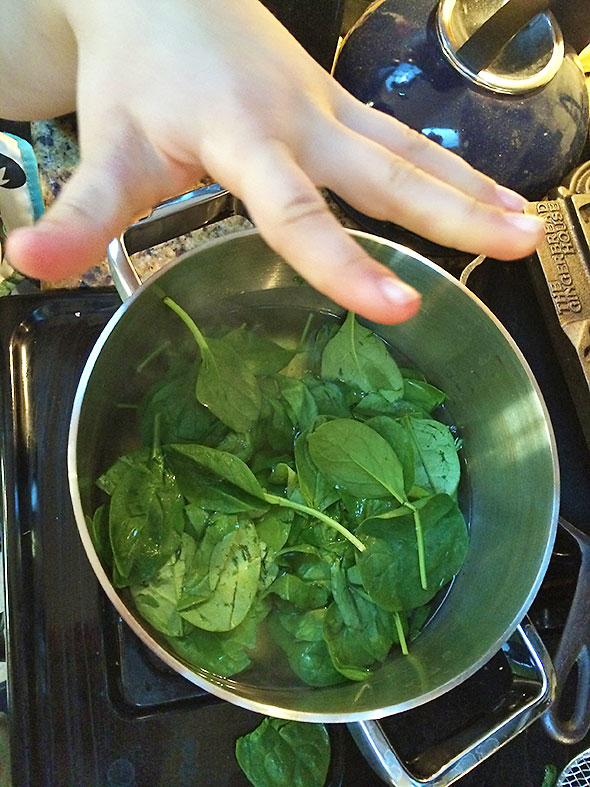 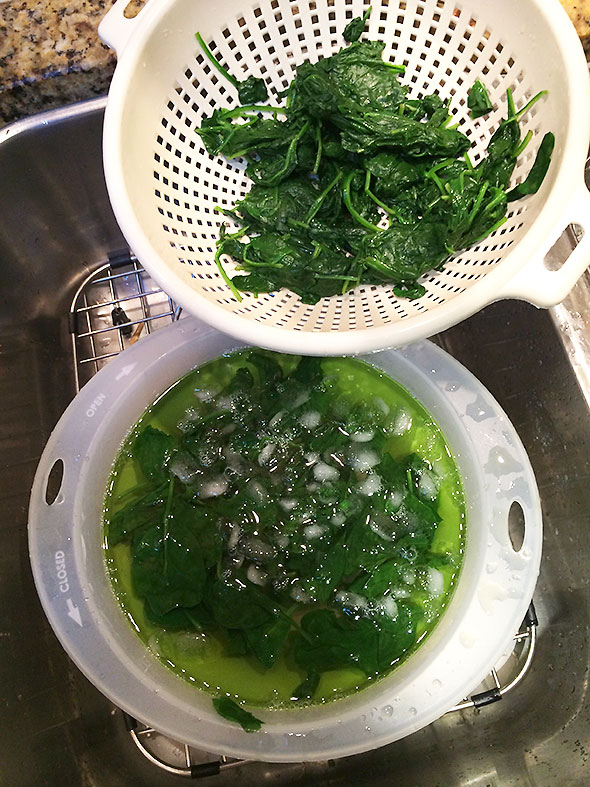 I see the power of the intriguing mail package. My feeling is that, if I can get my children interested in the package, I can get them interested in preparing the vegan meals and, eventually, interest them in eating these meals too. If successful, I’d be setting us all up for success. I went to bed Wednesday night wondering not only what I’d make first but also how to get the rest of the family involved. 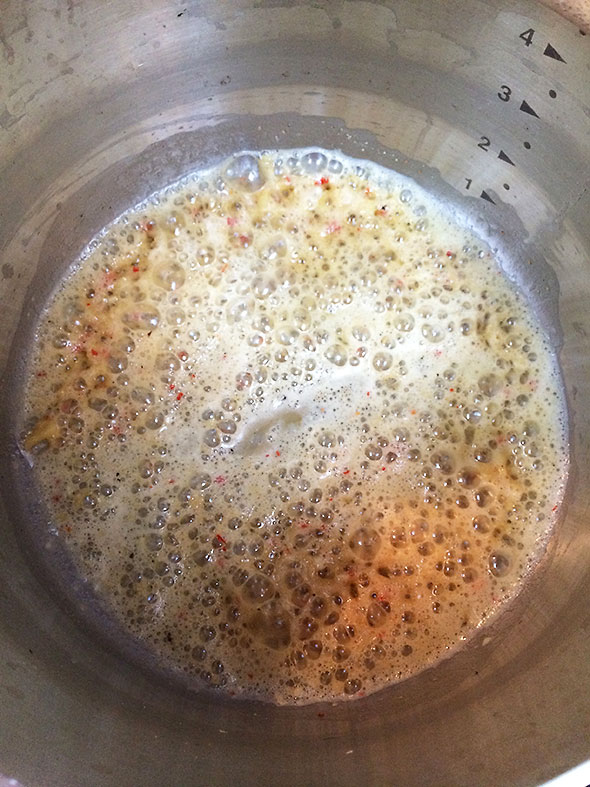 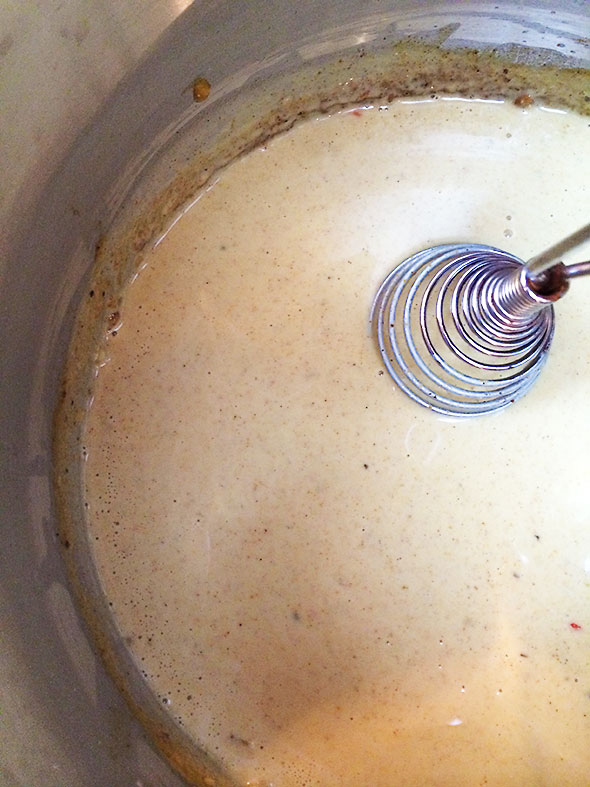 When I woke up on Thursday morning, I had saag paneer on my brain. Yes! I’d love that dish for breakfast. I rescued the meal pouch from the refrigerator and emptied its contents on the counter next to the stove. My husband Jeremy was a little miffed at being displaced. I was, after all, breaking the long-standing morning tradition of cheese omelets and Blue Oven Bakery english muffins. My daughter, however, was immediately game. She arrived in the kitchen fully dressed asking me for an assignment. Yes, I still find her readiness amazing, but, bright eyed and bushy tailed, she approved of the morning dish and set about offering her assistance. 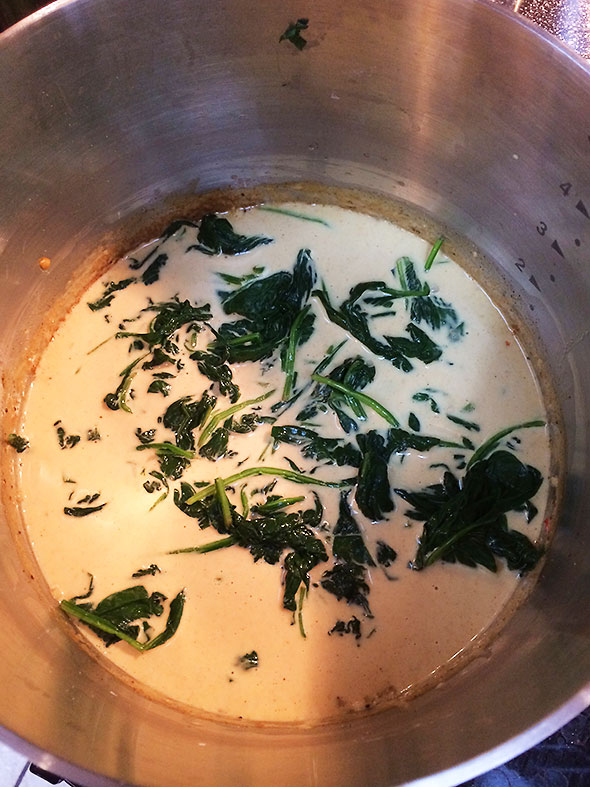 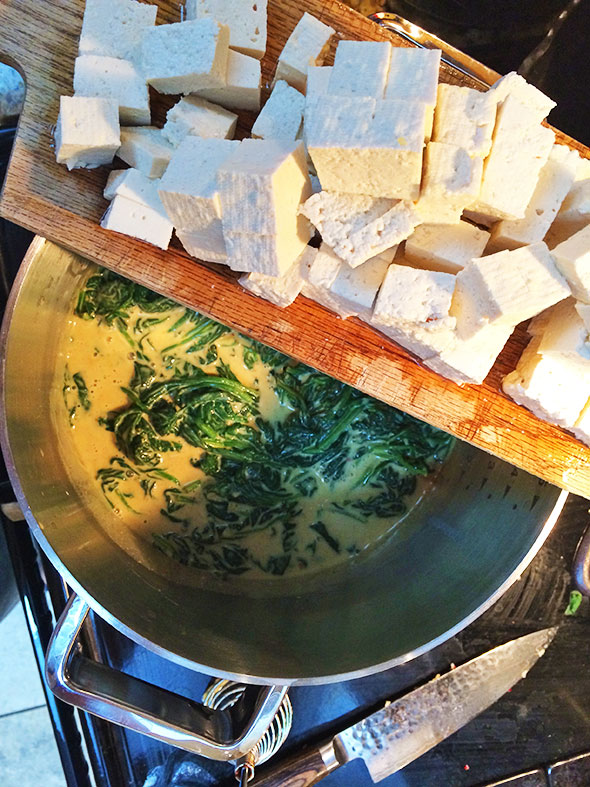 She taste-tested the basmati rice cooked in a sauce pan and declared it perfect! Together, we cooked up the pound of spinach…tossing handfuls of leaves into boiling water and counting one-one thousand, two-one thousand up to 15-one thousand before spooning them out of the hot water and into an ice water bath. She minced the aromatics—a hot red pepper, a wedge of ginger, and a couple of garlic cloves—while I squeezed water from the wilted spinach. She sliced the cheese-like tofu into cubes as I dropped brilliant-green spinach leaves into a milky sauce of golden-toasted chickpea flour, minced aromatics, curry spices, and coconut milk. 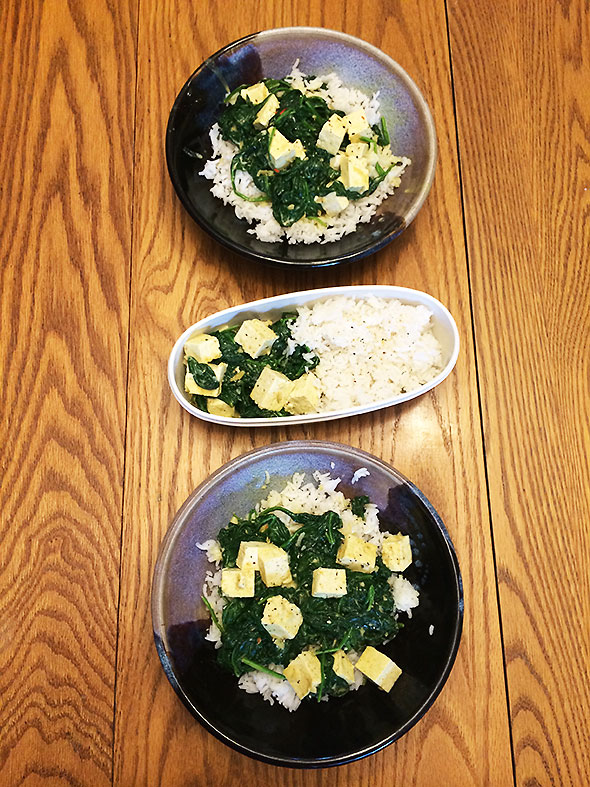 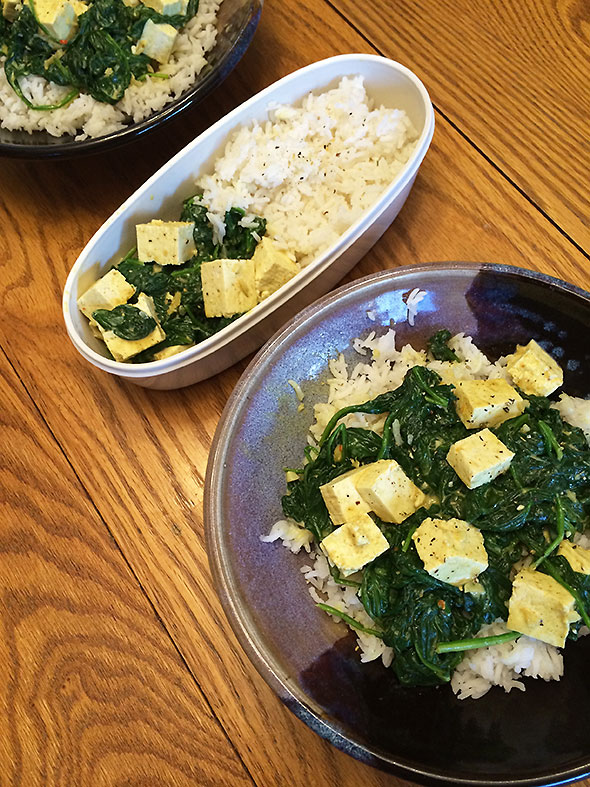 We plated up two breakfasts, one for Jeremy and one for myself. We had plenty of rice and saag paneer leftover to prepare a third serving for my daughter. We brought the dish to my daughter’s elementary school redonning our aprons for an impromptu show and tell. There, my daughter talked about the morning’s experience of cooking the rice, blanching spinach, and preparing the toppings for the greens. 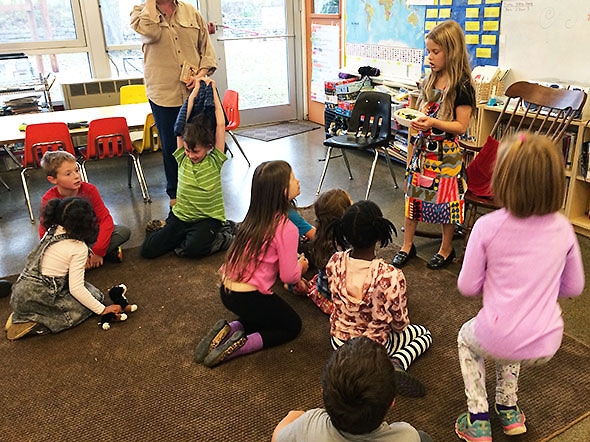 The fun of this spontaneous presentation was not just my daughter’s enthusiasm but also the ready attention that her classmates gave her. The children passed around the fragrant rice and curry bowl and shared their experiences with similar dishes. In more than one child, I could see a blooming interest in cooking, obviously tended to within their own families. That interest was welcomed here, graciously attended to and affirmed among friends…a healthy interest that will hopefully stay well fed and yield a healthy life.

One Response to “BLOG-Out of the Box”