Out of Something, Nothing: My Summer as a Professional Mover, part 4

All of the houses full of garbage, the horror of the surprise addition of an industrial-sized refrigerator to the move, almost dislocating your shoulder carrying a wardrobe up narrow stairs – the emotional impact of everything that happens on the job is intensified by the presence of your coworkers. When you’re able to laugh with someone about the ridiculous thing that just happened, a frustrating day will seem a little less so. Some of the guys I worked with knew how to make the time pass as pleasantly as it could. But when the soundtrack to an already exhausting day is a series of bizarre racist rants or the impatient mockery of your need to get some water (and it’s only 9:30 AM!), you’ll begin fantasizing about not just your escape but where you’ll hide the bodies.

I worked with a semi-pro indoor football player, a film student working on a documentary, and a very outspoken born again Christian. There were numerous ex-cons and a lackey that rode the coattails of tougher dudes, freely mocking from under their protection. There were grumpy old-timers and an arrogant mechanic with a disarming resemblance to Matthew McConaughey. There were some serious chess players, a handful of family men, and a few sets of siblings. There were quiet guys who kept to themselves and one guy that was so loud and had such an intense, wild-eyed stare that you never knew if he was laughing with you or if you’d just gotten on his bad side, either of which would result in some totally unpredictable behavior.

There were a lot ‘one guys,’ guys who, to their chagrin or pride, were forever defined by their actions. There was the guy that always ruined trucks. In the span of a month, he hit a car on the highway, side-swiped a moving van in the company parking lot (shredding its shell in the process), and somehow bent the front axle of a third truck. Another guy was always vigorously scratching his back on any corner he could find. Porch post, brick wall, tree – anything pointed and hard. He had itches so profound that his scratches began in a squatting position for maximum force.

And like most jobs, the world of moving had its own subculture, its own in-jokes and complaints, its routines and difficulties that two movers from opposite ends of the country could immediately bro-down on. But the job was about the only thing my coworkers allowed themselves to have in common. Lives outside of work were mysteries, even between people that had worked together for a long time. Very little was shared or asked about because it didn’t seem to matter. (Everything mentioned above was gleaned through observation, the rare disclosure, or unusually persistent questioning. It’s not for the sake of entertainment that I reduce people to their idiosyncrasies; they were seriously the only things we knew about each other.) Maybe it was easier to move literally tons of stuff every day if you focused only on the job. Moving was a mentally and physically exhausting vocation, and its demands evidently left little energy for getting to know someone.

But there was another reason for this distance, as the following example illustrates:

One day I made the mistake of soliciting a coworker’s attention with a ‘psst psst!’-sound instead of calling his name. Maybe I was trying to be funny or cute or something; I don’t really know why I did it but it almost resulted in me getting punched in the face. He stomped over, fists clenched, eyes ablze, asking how dare I call him like a dog, warning me to never [expletive] hiss at him again. It was especially scary because his anger came out of nowhere. We had been chatting amicably all day but he turned on me in an instant. “But I thought we were friends!” I wanted to say. The crew leader standing nearby didn’t make any move to intervene. Instead of trying to chill the guy out (to say nothing of preventing a fight from breaking out on a client’s lawn), he simply laughed and awaited with malignant glee the threatened blow.

The situation was distressing and disappointing, and not just because I was almost attacked. It reflected the outlook that governed every aspect of life as a mover. Making sure everyone knew you were tough was the only thing that mattered, and that’s why nobody really got to know one another. Real friendships, or even any unguarded, genuine interaction, were almost nonexistent since the point of communication was to transmit that you were better in every way than everyone else.

People seized any opportunity to distinguish themselves as superior to others. The easiest way is to exaggerate perceived differences or make them up. Hence the serious (though always irrational) racism of the sort I didn’t think still existed. Hence the very real, very creepy pathological misogyny: women were not people but things that existed for the pleasure of men. If you couldn’t boast your way to the top, violence (or at least the threat of it) was the go-to response to solve any problem, since it provided an immediate answer to any dispute. People were either directly at odds with one another or at best wary, laughing on the surface but always keeping watch. The same trivialities that have inspired millennia of conflict were on display at the moving company. 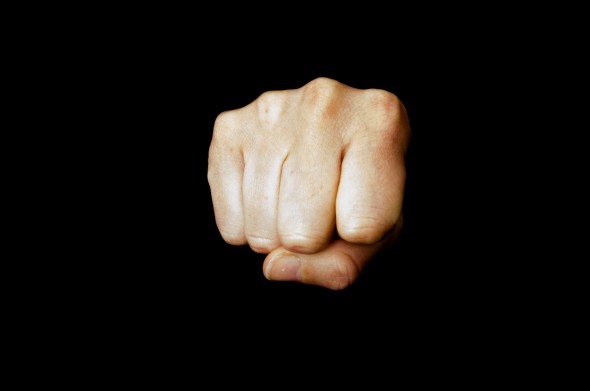 Not everyone was like this, of course. Some people were very friendly and talkative, and some people just kept their heads down and worked hard with no offense intended by their disinterest. The problem was that you might not be able to avoid getting sucked in to the fray. Some people thought that because you had the slightly above-average level of toughness necessary to be a mover, then toughness must be the most important thing in your life. It was assumed that because you worked there you were willing to play by the same rules as the most aggro mover.

It didn’t occur to my near-assailant that since nothing about our interaction throughout the day set the stage for conflict, I probably wasn’t insulting him. The context of my misguided psst-sound didn’t matter. In his eyes I had disrespected him, end of story. Toughness defines your character, which determines your social standing, which determines the respect you’re given by the world. An insult has to be taken seriously because it basically degrades your place in the Universe. And everything was considered an insult. The most volatile dudes had to be dealing with this dilemma every waking second of their lives. Merely existing must be exhausting when every comment and glance has to be assessed for its insulting value.

(To be fair, they left me out of most nonsense. I tried to be friendly or at least unobtrusive, so I don’t think I was subject to the same rituals of manhood that others involved themselves in. The only public insult I had to endure was occasionally being called Harry Potter, and (I think) that was only because I wear glasses.)

But the craziest part of it all was that when a day of insults became unendurable, employees were allowed to fight on company ground. Fights usually got stopped before they got too out of hand but there weren’t any repercussions for the people involved. I guess it was understood by the management that fights were inevitable. One day this guy accused the crew leader of shorting him on tips, and they argued about it for the rest of the day. When everyone was back at the warehouse clocking out, the offended party was driving towards the exit but jumped out of his car when he saw crew leader walking inside. They exchanged a few punches and then the guy jumped back in his car and drove away, with both returning the next morning as if nothing had happened. At least it was better than the conflict resolution technique a guy said they used at the moving company where he used to work: two guys were shut in the back of a moving truck, whose doors were re-opened when the pounding stopped.

People were surprisingly understanding of your physical limits, oddly enough. While you were always expected to work hard, it wasn’t often that you’d hear people being mocked for not being able to carry as much as the strongest guys. Word certainly got around if you did things like take bathroom breaks to hide from carrying heavy pieces (“He is the peeing-est [expletive] on the job!”), but most of the mockery was directed at people who had already proven they could lift heavy stuff, more like a form of encouragement than derision. There were even times when you were allowed to carry light pieces for a little while, as everyone who worked there knew how difficult moving can be.

Trying to understand these dynamics and where/how I fit in was a perplexing and dissonant exercise. The work was difficult but I was proud of myself for doing it; I didn’t like the impulse to aggressively out-dude one another but I wanted people to recognize that I could pull my weight on a move. I didn’t want to fit in but I wanted to be accepted. Why?

Earning their respect was a way for me to live up to the perception I had of myself. I wanted to be work hardened; I wanted to exude blue-collar honesty. Sometimes I felt like the job was a romantic exercise that reinforced the fantasies I had of my ability to withstand hardship. I didn’t have any interest in forcing people to recognize my toughness, but I secretly wanted people to acknowledge it. Earning the respect of people who had seen it all on the job was a serious matter; if you got it, you knew you had earned it.

This is why it was so satisfying to be told I was a better worker than the football player-sized guy who started a week or two after I did. Everyone was thrilled to have him around since he was gigantic, but his attempts to avoid the hardest parts of the job – by offering to be the recipient of goods at the top of the stairs instead of unloading and carrying them up, as if he were taking one for the team – severely disappointed my bosses and coworkers, and a few weeks later he was gone. Considerable strength turned out to be less desirable than a commitment to work and to being an equal on a job; I apparently demonstrated this and was thus more valued.