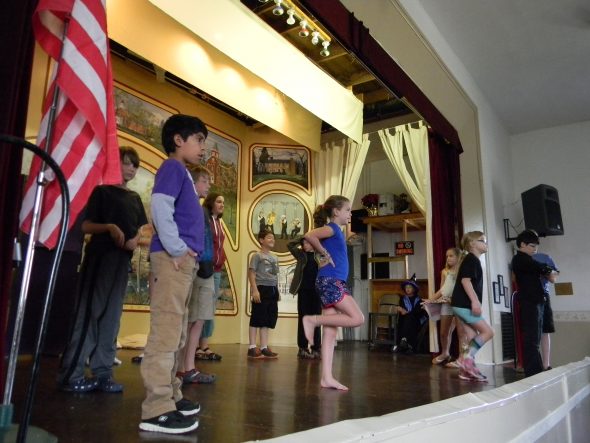 Students rehearse for the Antioch School spring musical, which will be held April 29 and 30 at Clifton Opera House.

This weekend, the Antioch School Older Group and Thirds students will present their spring musical, “The Phantom Tollbooth.” The young actors rehearsed at the Clifton Opera House this week, where the production will be staged at 7 p.m. on Friday and Saturday, April 29 and 30, under the direction of Sally Dennis and with musical accompaniment from Barbara Leeds. The News stopped by the Clifton Opera House for a sneak peek during one of the rehearsals; click below to see a few photos and scroll down for a clip of the students performing “Hail, Digitopolis,” one of the songs that will be featured in the musical.

A full story on the show will appear in this week’s issue of the News.