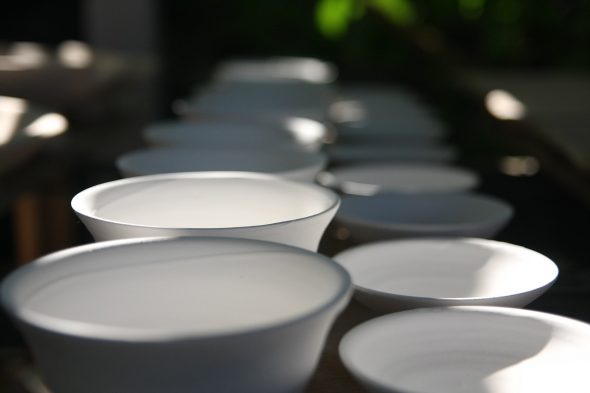 John Bryan Community Pottery is currently running a Kickstarter campaign in order to help fund the replacement of their gas reduction kiln.

The John Bryan Community Pottery, or JBCP, recently launched a campaign through the online, time-sensitive fundraising platform Kickstarter, in order to raise money for a new gas reduction kiln. The campaign will run through July and August.

JBCP’s current gas kiln has seen over 30 years of service to the pottery studio and can no longer support production. Replacement of the kiln is estimated to cost $25,000, according to Bailey Pottery Supply of New York. A new kiln would be fueled by natural gas, unlike the current kiln, which runs on propane. This switch in fuel would also be a cost savings for the studio.

The campaign was kicked off recently with a gathering at the studio on that featured food and beer by La Pampa Grill and the Yellow Springs Brewery, as well as live music by Mad River Railroad. Since the event, the Kickstarter campaign has raised nearly 2,500. The campaign will end on Sept. 9, and the campaign’s goal must be met by that date in order for the project to be funded by Kickstarter. Direct donations will also be accepted, and any additional funds raised will be used to deconstruct the old kiln and to modify the studio’s glaze and dry storage areas.

For more information, or to make a direct donation, visit http://www.communitypottery.com, or scroll down to watch an overview video about the kiln and the campaign and to be directed to the campaign’s Kickstarter page.