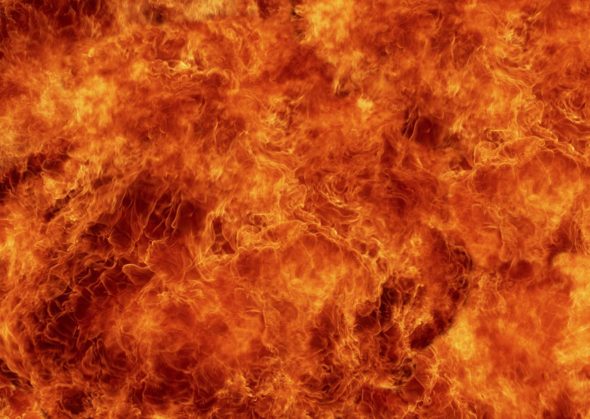 March 1 marked a sad day in the history of the area, as it was the 131st anniversary of an enormous explosion just south of town in Goes Station. On March 1, 1886, the buildings that used to belong to the Miami Powder Company exploded and killed three people, just a fact of life in an industry “marked by explosions.” While perhaps a self-evident risk when working at a place that produces “villainous saltpeter,” knowing the danger doesn’t dampen tragedy when it happens. The explosion occurred with such force, heat and clamor that everyone nearby probably thought the very gates of Hell opened up in their backyard.

Previously a scythe factory, the Miami Powder Company was refitted as a powder company in the early 1840s by some “Eastern capitalists” in the 1840s. The mill was built alongside the railroad leading from Springfield to Xenia and near the Little Miami because of the abundance of willow trees. When burned, the willow tree, “lining the banks of the stream for miles,” produced a high-grade charcoal perfect for the manufacture of explosives. This charcoal was stored on the property in one of a number of structures housing the different compounds combined to create industrial explosives. Machinery mixed and ground the compounds together, producing a caustic admixture that was kept in a building at the end of the line. In other words, the building was basically a giant bomb.

On that terrible March day, 50,000 pounds of explosive in the dry house ignited for due to a faulty steam boiler. The building was completely wiped off the face of the earth, leaving a crater 10 feet deep. The resulting explosion was heard 100 miles away, felt in Columbus and Cincinnati, smashed buildings and windows from Yellow Springs to Xenia, and “completely demolished” a house three miles away. A covered bridge was knocked down and a “number of people in the vicinity were so prostrated by the shock that they were confined to their beds for several days after.” A 60 pound piece of rock from the foundation was found almost a mile away.

Employees of the mill “felt the earth give beneath their feet and then, seemingly, to rise as though in the throes of a violent earthquake. Some were thrown against nearby obstacles; others were swept from their feet and hurled to the ground.” And these were the lucky ones. Of the three men killed in the explosion, the “largest part found was a piece of backbone,” while other parts were gathered in baskets and bags. An arm was found two miles away. Families wept with joy when their loved ones emerged from the wreckage unscathed, but as Henry Lowe poignantly notes in his 1904 Historical Collections of Ohio, “to three women and their children, the fathers and husbands came not.” The three men – Christy McCann, 50, Henry Franklin, 40, and Michael Haney – left eight children behind.

Remarkably, the March 1886 explosion wasn’t the first or second huge explosion to occur at the powder mill, nor was it necessarily going to be the only explosion that year. One newspaper cheerily reported that only one of the “two or three” annual explosions were deadly. The frames of a few nearby houses, tottering at perilous angles, were all that was left of a nearby neighborhood after being exposed to repeated blasts. (But some “old settlers” that lived just far enough away “didn’t dread [the explosions] as much as other people.”) 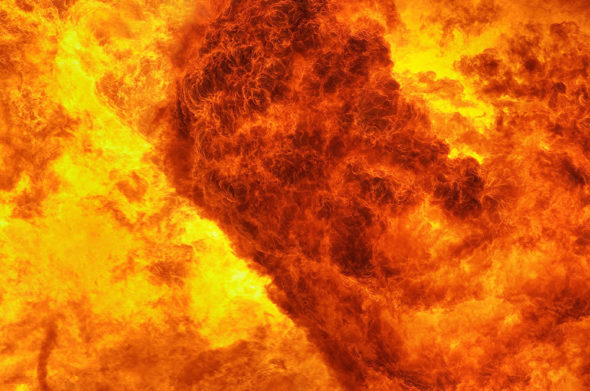 The same powder works exploded at 10 a.m. on February 5, 1872. This explosion eclipsed even the wholesale destruction and violence that would come with the 1886 blast. Attributed to an errant spark caused by the machinery that mixed compounds, one building exploded and was followed by four others. At least five workers were instantly and totally vaporized – the only recognizably human remain was a “portion of [a] head and trunk” – while many more later died from injuries sustained in the blast.

As explosions were wont to do, the blast destroyed nearby buildings, blew off chimneys, caused someone to fall down a flight of stairs and blew out all the glass at Antioch College. A train narrowly missed being destruction because it was running a few minutes behind. (Can you imagine being passengers on the train and slowly rolling through that nightmarish accident site?)

A few years later, the trains themselves were the site of a blast. On July 15, 1890, brakes failed as one string of train cars was being attached to another, ramming cars loaded with gunpowder. An explosion occurred that “burst the eardrums of everyone in the immediate vicinity” and burning down 13 buildings. Yet “fate was kind” and the flames did not reach a warehouse containing 25,000 kegs of powder. Nevertheless, 12 people died in the accident.

Not all explosions were quite as catastrophic, sometimes only taking one or two people with them. According to Howard Burba’s 1933 article “Remember When the Powder Mills Exploded?”, the inaugural explosion at the Goes Station mill resulted in an employee “blown to bits for his negligence. A nail in his shoe heel, coming in contact with a nail in the floor of a powder magazine, flashed a spark that touched off the powder around which he was working.” But the curse of explosions extended further than the grounds of the powder mills. An employee of the Miami mill was said to live at the “ill-fated house” on Limestone Street that had already claimed the lives of or driven insane its previous tenants. The employee was asked to try out a new explosive, which ended up exploding in his face and killing him as soon as he set it down. It is unknown how many people died in accidents at local powder plants, but sometimes “powder mill explosion” or a similar explanation can be found in old cemetery records.

The one consolation is that being “reduced to atoms” is probably as instantaneous a way to go as you can get. (The mills reportedly paid well, which probably helped a lot of people overcome their fears of fiery death.) For everyone else, however, such explosions probably felt like the universe was being ripped apart. A cursed finger of the Gods was pressed briefly but resolutely down onto a small patch of Ohio, sowing unspeakable terror and leaving grim silence as it withdrew. “For a full half-hour the cloud held its position, gradually growing whiter and whiter and changing in shape until it became merged with the clouds of the sky,” Burba wrote.

Another explosion at the Miami Powder Company in 1920 took two lives, and the company finally closed its dangerous doors in 1925 following yet another blast.