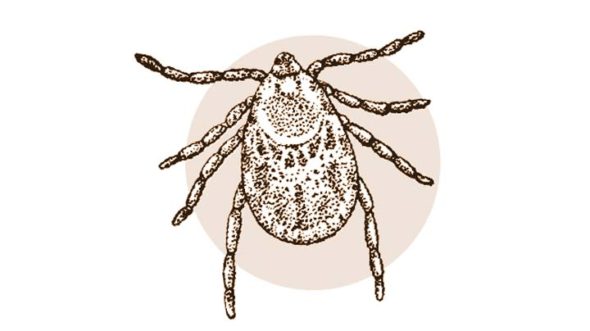 As the summer gets into full swing, area residents get to do some of the things they’ve been waiting for all year: cookouts, swimming, and lounging in the sun. Unfortunately, however, the summer season also gives rise to some less than pleasant elements. One of the biggest irritations is the profusion of mosquitoes and ticks.

Anecdotal evidence holds that ticks in particular are out in great abundance this year. Charlie Bunton, who owns Greenleaf Gardens with his wife, estimated the number of ticks he’s encountered as “double” what could normally be expected, while resident Amanda Wallace related that she and a friend were hiking in the Glen in April and found “dozens” of ticks on their legs. Later, Wallace found two on her scalp and one crawling on her couch.

While their bites are the primary annoyance, ticks and mosquitoes can also spread such illnesses as Lyme disease and West Nile virus respectively. For this reason, the Greene County Combined Health District, or GCCHD, captures and tests mosquitoes for disease and works with municipalities to control populations in areas particularly heavy with mosquitoes. Tick populations are harder to control, but the GCCHD has some suggestions for what residents may do to minimize exposure.

According to Yellow Springs resident and Wright State entomologist John Stireman, mosquito activity began earlier than normal this year. The “warm, wet weather” this spring was conducive to the uptick in mosquito populations, as local mosquito species lay their eggs in standing water. Some species lay eggs in as little water as can fit in an upturned bottle cap or a wrinkle in a plastic bag, said Jackie Gruza, public health sanitarian at GCCHD, while shrubs, grass and plants can harbor adult mosquitoes.

“The biggest factor [in the increased population] is the rain we’ve been having,” Stireman said. “The pools of stagnant water, refilled by many rain events, means that we should expect plenty of mosquitoes.”

The area’s tick population, on the other hand, does not depend quite as much on the rain, as ticks do not need water to breed, said Jeff Webb, director of environmental health at the GCCHD. Some species of ticks prefer grasslands while others make their home in wooded areas. The mild winter has been cited as a cause for the accounts of higher-than-normal amounts of ticks, he said, but the tick population doesn’t appear to be worse this year than usual. According to Stireman, a better predictor of tick populations is an area’s population of deer and rodents, which act as hosts for the insects.

Each year, the GCCHD will trap and test mosquitoes for diseases such as West Nile virus, and in some cases Zika virus. If there is an issue with excessive populations or encountered disease, the health department will ask municipalities if they would like the county to spray pesticide. So far this year, the GCCHD has applied larvacide to areas known for high mosquito populations but has not done any spraying for adult mosquitoes in Greene County, he said.

Village Manager Patti Bates explained that Yellow Springs contracts with Greene County for its pesticide needs, but has opted out of blanket spraying except in case of emergencies.

It is more difficult to control tick populations than mosquito populations. It can be easy to identify mosquito breeding grounds, such as bodies of stagnant water, Webb said, and control them accordingly, but tick populations can be linked to environmental factors such as the abundance of acorns, which are eaten by the rodents that can transport ticks to deer and dogs.

Among other contagions, mosquitoes can transmit West Nile virus and Zika virus, while the parasitic ticks can carry Lyme disease and Rocky Mountain spotted fever.

According to the Ohio Department of Health, blacklegged ticks are the primary vectors of Lyme disease. Humans cannot get the disease from other animals, but companion animals like dogs can bring ticks to their caretakers. Lyme disease causes fatigue, fevers and headache, though it can generally be treated with antibiotics. If left untreated, however, Lyme disease can potentially spread infection to the joints, heart and nervous system.

Once infected, the host may break out in a distinct bull’s-eye rash, but not always. Villager Abby Cobb found a tick attached to her for 24 hours but had a hard time convincing a local doctor to test for and provide antibiotics for Lyme disease. She independently tracked down and opted to take the antibiotic because the disease can be devastating if it becomes chronic, she said.

“It was scary,” Cobb said. “There is a lot of controversy surrounding Lyme disease because it can be hard to diagnose and not everyone gets the rash. But I’m dismayed at the lack of support I got from local doctors.”

Lone star ticks, which are present in Ohio, have been linked to alpha-gal syndrome, Stireman said, which strangely causes the infected person to develop an allergy to beef, lamb and pork. Stireman said he has firsthand experience with the unexpected allergy, as he is fairly certain he contracted the disease from a tick that attached to him when he was hiking in southern Ohio.

Fortunately for Ohio residents, there has not been an outbreak of insect-driven disease. As of May of this year, there have only been three cases of Zika virus in Ohio, Webb said, but the disease was not contracted in the state. A vector map developed by the Ohio Department of Health shows that while the blacklegged tick is found in 60 counties in the state (including neighboring Clark and Montgomery counties), as of September, 2016, the tick has not been recorded in Greene County.

But regardless of where a tick is picked up, it is important to pay attention to the circumstances of a tick bite and any symptoms that arise following the encounter. In addition to helping doctors prescribe treatment, the circumstances of the bite can help scientists understand the insect’s migration around the state and country.

“If you experience fever or flu-like symptoms following a tick bite, immediately contact your healthcare professional and emphasize that you recently were bitten by a tick,” according to a recent “Ticks and Tick-borne Diseases” factsheet from The Ohio State University. “Save the tick in some type of container and take it with you to the healthcare professional.”

A recent article in Ohio’s Country Journal maintains that the best way to avoid mosquitoes is to avoid being outside when they are. But with some mosquito species active from dusk to dawn and others active during the day, the Journal’s suggestion effectively means staying indoors all the time. While this may cut down on the number of bug bites, less drastic steps can still result in an enjoyable summer.

In order to curtail the presence of mosquitoes, Webb suggests that homeowners upend any sources of standing water — lids, birdbaths and outdoor toys, for example — which are prime mosquito breeding grounds. Regularly mowing the grass reduces areas that give mosquitoes and ticks harborage, he said, while natural and synthetic insect repellents can help keep them at bay when out and about. (Webb also noted that one can even buy clothes with repellent built into them.)

While there isn’t much people can do about the tick population, outdoor enthusiasts can wear long sleeve shirts and pants, use repellents, tuck pants into socks and frequently perform bodily tick checks, remaining vigilant for the presence of unwanted insect passengers and remove them safely.

“Ticks are pretty hard to kill,” Charlie Bunton of Greenleaf Gardens added. “I figure you’d have to spray something really nasty to get rid of them.”

According to the researchers at Ohio State, ticks often attach to tender areas of the body, such as armpits and the groin. There are myriad folk remedies for removing ticks that are attached and sucking. Amanda Wallace, the villager whose legs were covered in dozens of ticks, reported that she tried touching a blown-out match to the tick body, which will allegedly cause the tick to back out of the skin. She also bent the tick’s body backwards over its neck with tweezers in an effort to make it release its hold. In both instances, Wallace reported that the ticks “came out with my skin in their mouths!”

However, experts advise that it’s important not to just try and yank it off, as this may sever the tick’s head or cause it to vomit back into the wound. According to the article in Ohio’s Country Journal, a tick can be removed by using a pair of tweezers to grasp the tick by the mouthparts where it is attached to the skin. The tick should be pulled straight upwards, with care taken not to break the tick.

“Do not try to remove a tick by burning it with a match, smothering it with mayonnaise or freezing it,” the article advises, as these traditional remedies may cause the tick to rupture.

A more untraditional approach may involve possums, which are said to be “tick sinks,” Stireman said. Possums are good at getting ticks off themselves and will eat a fair share of the little pests. Stireman joked that perhaps introducing hundreds of possums into one’s yard may help control the population.

While Stireman is like many people in that he agrees insect bites are unpleasant, he said that every species is fascinating and has a story to tell about nature and evolution. There are more than 6,000 described species of mosquitoes, he said, and each one is the product of eons of natural selection. Up close, the insects are quite beautiful, he said, even the ones that bite.

Moreover, the biology of tiny insects has lent insight into human biology and public health. Mosquitoes use chemicals to anaesthetize the host and prevent blood from clotting, for example, which Stireman said could be studied and adapted for the benefit of humans. Knowledge of genetics, obesity and alcoholism has come from studying fruit flies, he noted. Ticks are a little harder to appreciate, he said, but the more anyone learns, the more one can appreciate the complexity of even the most obnoxious creatures in the world.

One Response to “Tick talk: biting insects abound this summer”