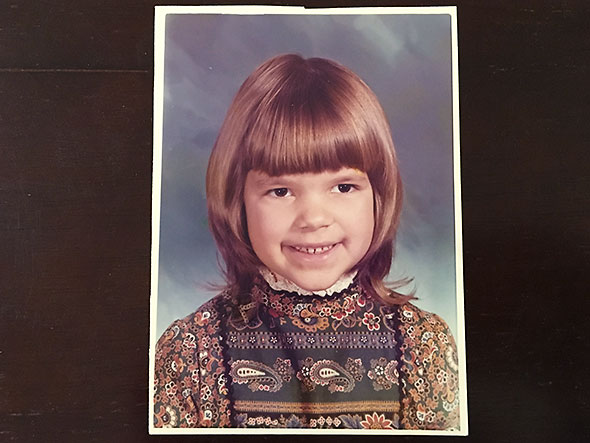 A kerfuffle kicked up late last week in the technology industry. The battle between the sexes found a new front within the walls of corporate giant Google. We got a view into that battle when computer engineer James Damore posted his position to the commons.

Damore’s memo is a referential document on an internal debate at Google. The core thesis that he attempted to sell has two points: One, Google’s requirement to accommodate women is an affront to his autonomy; Two, this emotional intelligence that the company is touting as the new key for success has no place in his line of work.

I see something of myself in Damone aka Google Bro. By age three, I had a strong sense of autonomy. My loving, well-meaning family violated my autonomy all the time…plucking me up and away from my intent endeavors with hardly a word warning. I might have interpreted these violations as threats or hateful but instead I discovered early—first from my assertive older sister Heidi and then as an elementary school student—I could more readily negotiate accommodations rather than impose my will.

In elementary school, forty some years ago, my teachers never gave me the label High Functioning Autistic. That didn’t matter. What mattered is that I was ready to be independent by third grade…a self-motivated reader and mathematician…and my school embraced that. They set me and another talented young man Paul Campbell to work our magic on a mound of books. Paul and I could hardly read them fast enough. We were exploring algebra in no time.

As book smart as I was, I struggled socially. Something was off—something that made me uncommonly anxious—so I asked for help. In high school, with the help of a psychologist, I set myself manageable goals and strategies. Boyfriends could wait. I could handle the work now and figure out people in my own time. It seemed rather crazy for a teenager to manage the overwhelming force of attraction anyway.

I was thirty when I met my husband in graduate school. We started a band and practiced after hours in empty classrooms. Our courtship was writing songs together in those echoey oceanic chambers. All that we had to hold in check with other people, we could trust between ourselves and the music.

One myth of autism is that we don’t feel. I do, I know. I feel so much that restraint is often the most prudent action. I am described as a passionate person now because, at fifty, I’m off leash. Passion leads to overreach…I’ve got many irons in the fire and they are all hot…but I’ve learned over time how to test my limits rather than unduly constrain myself. I make the effort to be social. I allow myself to fail.

The younger Damore attempts to figure things out in his treatise, but mostly he’s defending hard won territory. His push back is clear: “Emotions…and change…are dangerous; they don’t belong in my place of employment.” Damore seems to believe that we should leave him to bury himself in the realms of computer engineering where emotions don’t matter. Ah, but emotions do matter there. They always matter. In every action, feelings define our boundaries, our limits, like the path traced by Leonardo da Vinci’s Vitruvian Man. The only thing Damore escapes in choosing abstract facts over actual people is the need to practice consent. You don’t have to build consensus with a spreadsheet. A database does not need a path of advancement and retreat because a database doesn’t have autonomy.

He’s right in this: Requirements and restrictions are an affront to a person’s autonomy. Nevertheless, life is more than autonomy. Life is engagement. Damore can’t escape his responsibility to engage within his place of employment without full retreat…a fact his supervisor broke to him this past week before handing Damore a pink slip.

I feel for the man. We were both told quite bluntly in math and engineering classes to check our emotional selves at the door. Our mentors were wrong to ask this of us. After a lifetime of thinking they were right, it’s a mighty task on the order of turning the Titanic to digest just why it is that they were wrong.

No one wants to be told that their brand of expertise has grown obsolete. In the end, though, genius is an act of integration.

Accommodate, change, and grow, bro. For you and me, it’s time.