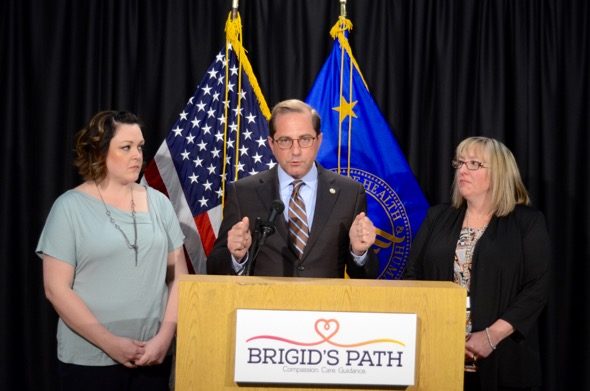 HHS Secretary: “There really is no such thing as medical marijuana”

U.S. Secretary of Health and Human Services Alex Azar, visiting the Dayton area to learn about responses to the opioid crisis, said he sees no role for medical marijuana as a pain relief alternative to prescription opioids.

“There is no FDA approved use of marijuana, a botanical plant,” he added. 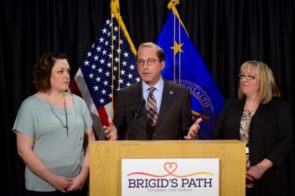 Azar’s comment came in response to a question from the Yellow Springs News about the role that medical marijuana might play as a pain relief alternative to prescription opioids, especially after a recent study from Colorado, published in the American Journal of Public Health, that marijuana legalization has reduced opioid deaths there by 6.5 percent in two years.

Azar, a former president of the U.S. arm of the pharmaceutical firm Eli Lilly & Co. who was confirmed in January to succeed Tom Price in the position, said the focus of the administration is instead on “a public-private partnership” to research new pain relief alternatives.

“Over $750 million just in 2019 alone is going to be dedicated to the National Institutes of Health working in a public-private partnership to try develop the next generations of pain therapies that are not opioids, as well as to develop the best evidence around alternative ways of treating pain that do not involve opioids,” Azar said. “So that’s where our focus is.” 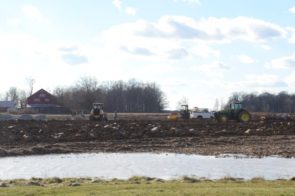 Contractors at work Friday at the future site of Cresco Labs, a medical marijuana cultivation and processing facility in Yellow Springs

Among the qualifying medical conditions that can be treated with medical marijuana in Ohio are “pain that is either chronic and severe or intractable,” according to the Ohio Medical Marijuana Control Program. While 29 states have legalized marijuana for medical use, marijuana is listed by the U.S. Drug Enforcement Agency as a Schedule I drug with “no currently accepted medical use and a high potential for abuse.”

Azar was visiting the Kettering facility Brigid’s Path, a medical facility that treats newborns who were exposed to opioids in the womb, helps mothers to recover from their addiction and supports families in their transition. The babies sometimes have to be held for 24 hours per day, according to one volunteer, and not a single baby who come through the facility has had to enter foster care, Azar was there to learn about the facility, which is currently privately-funded. He discussed with Congressman Mike Turner (R-Dayton), options for federal funding of the facility, and others like it, through Medicaid. Turner recently introduced legislation to that would clear the way for states to use Medicaid to fund such facilities.

Azar emphasized that the opioid crisis should be tackled with a combination of prevention and treatment. 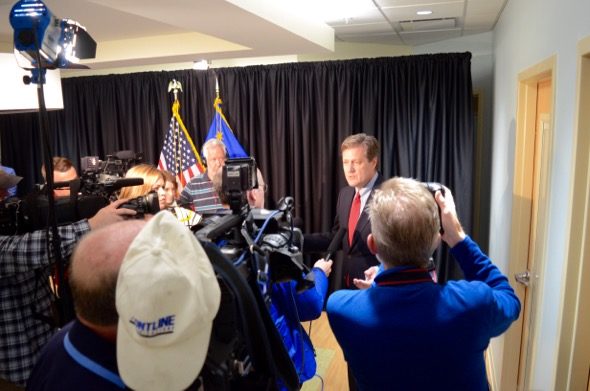 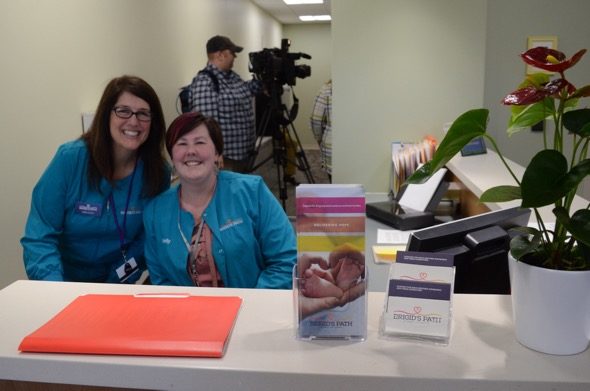 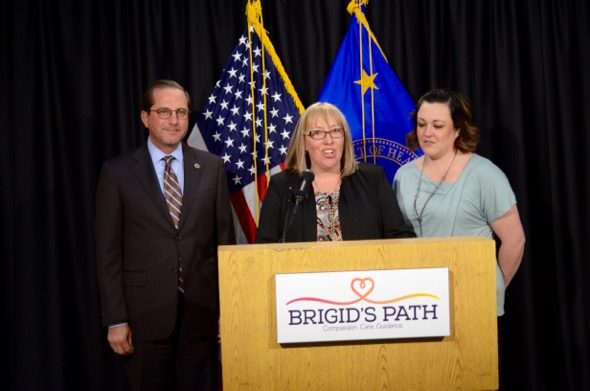 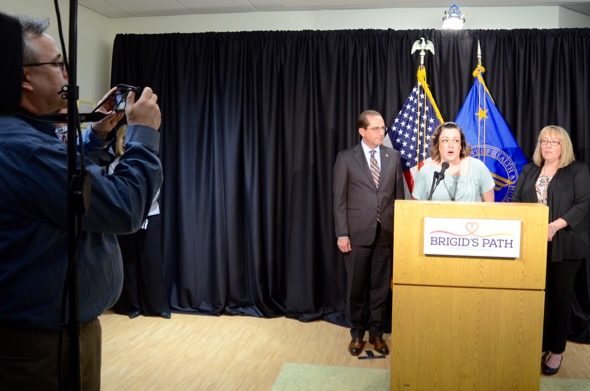 Cindy Swafford, a foster mother who has taken babies recovering from opioid exposure, speaks at the press conference. 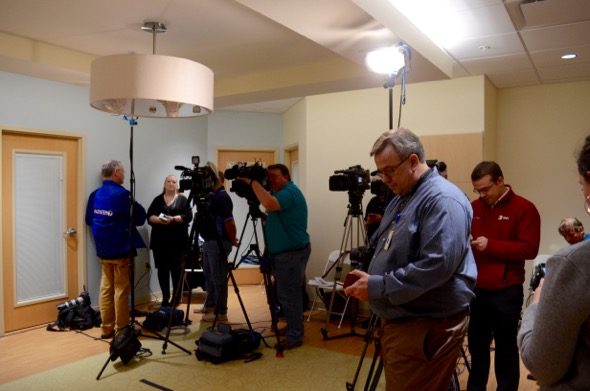 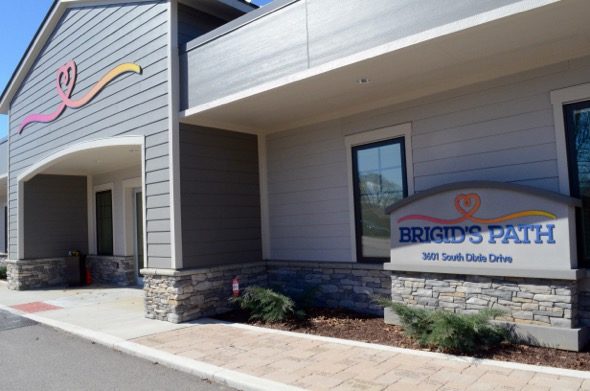 Brigid’s Path is located at 3601 S. Dixie Drive in Kettering

4 Responses to “HHS Secretary: “There really is no such thing as medical marijuana””