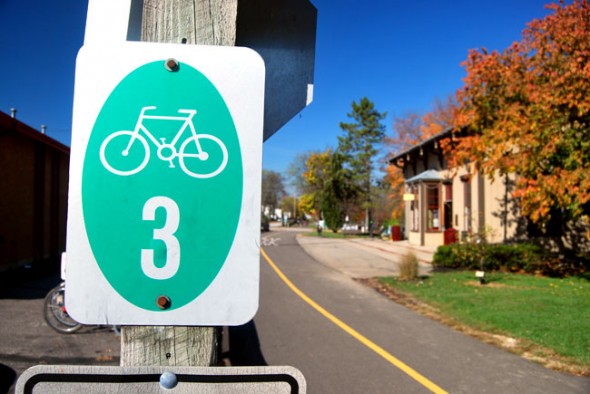 The League of American Bicyclists this week named Yellow Springs a Bicycle Friendly Community, a designation recognizing that a community provides “safe accommodations for bicycling and [encourages] people to bike for transportation and recreation,” according to the league’s website.

Yellow Springs was one of 41 communities across the country named for the first time or receiving a renewed designation this year. There are now 450 Bicycle Friendly Communities in all 50 states and the District of Columbia, according to The League of American Bicylists. The village was the only Ohio community added this year, joining 17 previously named municipalities, including Dayton, Cincinnati, Columbus, Springboro and Athens.The recognition is up for renewal every four years.

According to the bicyclists league, the Bicycle Friendly Community program began more than 20 years ago and involves a rigorous application process that “is an educational tool in itself and includes an opportunity for local bicyclists to provide input on their experiences and perceptions of bicycling in their community.”

For more information about the program, go online to http://www.bikeleague.org.