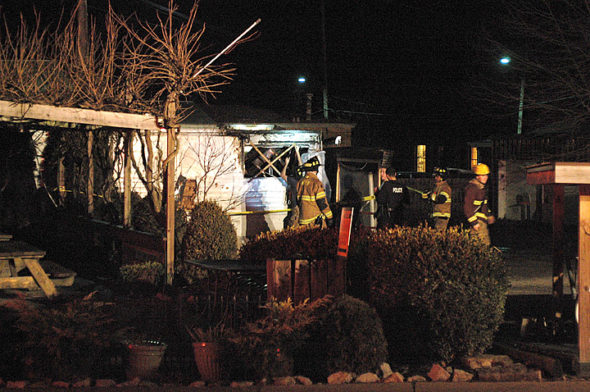 According to the Yellow Springs Police Department dispatcher on duty, the call came in at about 7:30 p.m. Crews finished up and left the scene at about 9:30 p.m.

Although two ambulances were dispatched to the scene along with a MTFR pumper truck, no one was injured. And while officially it was reported that the establishment suffered “unknown damages,” a firefighter on the scene considered it “most likely a total loss.” None of the surrounding structures were damaged.

More details about the incident will appear in an upcoming issue of the Yellow Springs News.