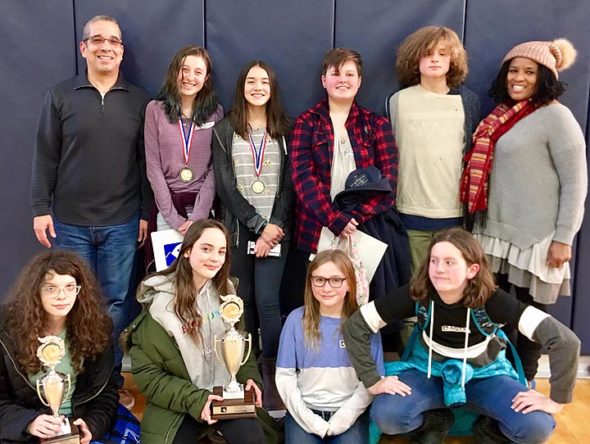 Yellow Springs students brought home a variety of extra-curricular awards in the past week, in addition to the district’s athletic accomplishments.

Power of the Pen

The McKinney Middle School eighth-grade Power of the Pen team has traditionally done well in regional and state competition.

The team most recently placed second, out of 17 teams, at the Western District tournament in Springfield on Saturday, Feb. 2.

Students also did well individually, with Olive Cooper earning the first-place writing award, besting all other eighth-graders competing in the tournament.

Qualifying participants will go on to compete in the Western regional tournament Saturday, March 9, at Wittenberg University, with winners there qualifying for the state competition in Wooster in May. 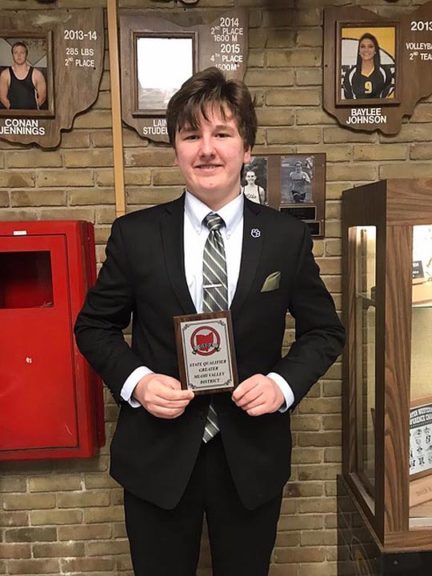 In the state-qualifying regional speech and debate tournament at Centerville High School on Saturday, Feb. 2, Yellow Springs sophomore Galen Sieck earned a spot in the Ohio-wide competition March 1–2 in Canton.

Sieck placed fifth out of 12 competitors in the Lincoln-Douglas debate category at the Greater Miami Valley District Tournament.

Named for the historical matchups of 19th-century presidential candidates Abraham Lincoln and Steven Douglas, the event pits participants one-on-one against a rival on a value-focused topic.

The high school team is coached by Brian Housh. 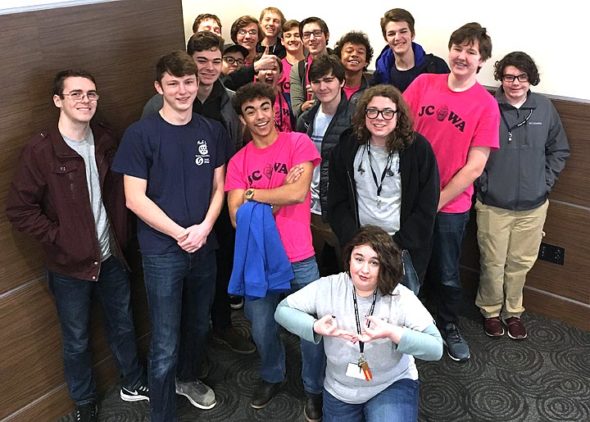 Members of the Yellow Springs Junior Council of World Affairs competed Monday, Feb. 4, in the annual QuizBowl hosted by the Dayton Council on World Affairs at the University of Dayton. The five Bulldog teams placed second, seventh, ninth, 11th and 14th among 39 teams from eight school districts that participated in the tournament. (Submitted photo)

The second-place team — seniors David Walker, Dylan Rainey, William Gregor and Connor McAnerney — finished a slim three points shy of the first-place winners, from the Dayton STEM School, which will represent the Dayton region in the national competition in Washington, D.C, this spring.

Coach Lydy said that while teams are competing for a possible 100 points, most winning teams earn in the high 60s or low 70s. The winning team on Monday had 66 points.

“The questions are really difficult,” he said.