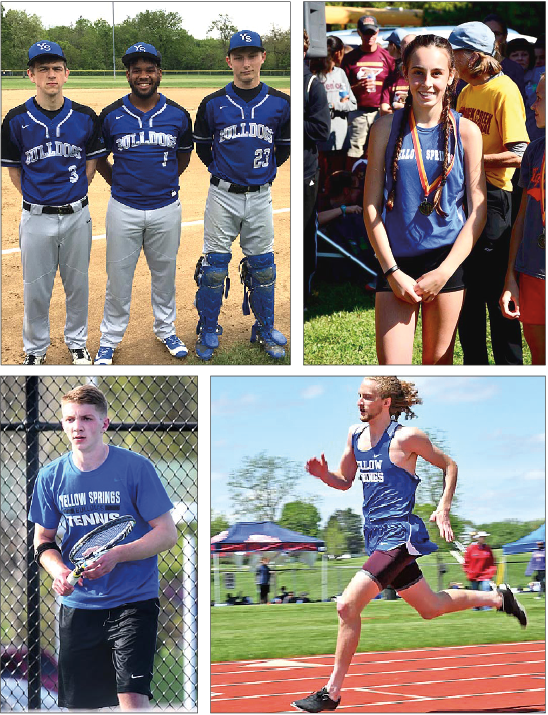 Yellow Springs High School and McKinney Middle School athletes who participated in spring sports were recognized with a variety of awards as the season concluded at the end of May.

In baseball, the Bulldog Award went to Colton Bittner, while Dylan Rainey earned  the Coach’s Award and received a 4 Year Award.

Lugo, Raven Campbell and Harper Mesure each earned a 4 Year Award, and Mesure was awarded the league’s sportsmanship award.

Foster, Malaya Booth and Sophie Lawson were all named to the MBC First Team. And Jude Meekin received a 4 Year Award and earned the conference sportsmanship honor.