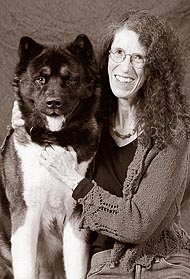 Sigalia Cannon died June 12, three days before her 78th birthday. She has had cancer for the past four-and-a-half years, but until the last few months, she lived her normal life. The cancer accelerated enormously in the last weeks, and she died in her sleep during her first night in hospice care.

The family, now living in Toronto with newborn brother Jonathan, moved to Israel in 1948. Except for a year in Long Island, N.Y., Sigalia had her pre-college education there, and she served in the Israeli military as a weather forecaster. (This was before the Six-Day War, when a fair solution with the Palestinians still seemed possible.) After her military service, she came to the U.S. and went to college at Vassar, then to graduate school at Princeton where she got a Ph.D. in the history of science.

It was at Princeton that she met me, her husband of 51 years. We spent a decade in academia, mostly in Boston and New York. She taught history of science at Worcester Polytechnic Institute and then at Barnard College.

But she wanted to buy a house, and didn’t find academia congenial. We bought one in Yellow Springs and spent vacations renovating and renting it. That was the beginning. We moved to Yellow Springs in 1977, bought another house and renovated it, also helping my parents with their apartment business. Sigalia and I worked together in several domains: She played piano, and we performed together at the Dayton Art Institute and other places; we published a book on 17th-century history of science with Springer-Verlag; we traveled, mostly in France; we built our house together; we’ve worked on establishing a forest near town; we’ve done dog training, getting AKC titles. Most Sundays, she’s painted with Sherraid Scott, one exhibit being “Shared Views” at the Arts Council.

Needless to say: She’ll be missed.