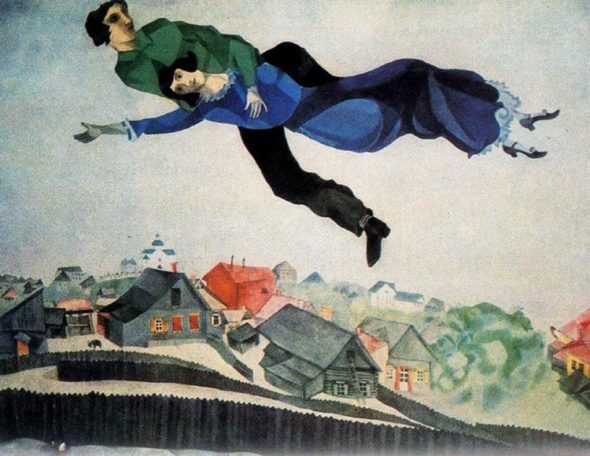 This September marks the eightieth anniversary of the start of World War II. As a recent letter writer to the News pointed out, not many are left who experienced its terrors and deprivations. If you count generations by the conventional interval of 20 years, four generations have already passed. Yet for some, memory of the war persists — perhaps out of necessity.

This month’s poem by villager Maxine Skuba speaks to that necessity. Titled “Out-Breeding,” the poem is a direct and moving statement of why one might wish, still, to hide one’s heritage. To become, in this case, less Jewish — and therefore more safe. The poem is about Maxine’s grandchildren. But it is also about Maxine, as I discovered when I spoke with her.

She described growing up as one of the very few Jewish families on Mount Desert Island, Maine, where Acadia National Park is located. Her childhood was quite secular; Jewishness was not emphasized in her family, and the nearest synagogue was 50 miles away. “My parents seemed intent on breeding the Jewishness out of us,” she said when we spoke, echoing her poem’s title and theme. Judaism is “a missing element in my history,” she added. The stories of her grandparents and great-grandparents hailing from Europe have been lost. In place of those stories, perhaps, she has always “felt a tremendous sensitivity to the Holocaust.” That sensitivity is clear and powerful in this poem. It is as if time collapses; as the poem says, “I speak of the unspeakable that knows no time.” And it is as if what happens to those who came before us also happens to us — which is, as those who study trauma tell us, so often true. Here is Maxine’s poem:

My four grandchildren visit me for the first time.
Their child song wakes me at dawn.
Blond heads, pug noses, cherub faces.

I joke to my daughter,
“We are breeding the Jew out of them.”

Taking a back seat in the gene pool
are the large hooked noses, olive skin,
and curly dark hair of my family.
Like the outgoing tide, my origins are receding.

The Holocaust, the human cattle cars,
the thirst and hunger, defecation at our feet.
My child waving to me for the last time.
Unclothed at the foot of the graves that we dug
for ourselves, modestly hiding our breasts and pubic hair until the shots ring out.

I own the raw fear of a new generation,
fear that knows no rational thought.
It is the hiding reflex of the animal in flight.

I speak of the unspeakable that knows no time.
The facts make nightmares for those who remain,
making me want to hide my Jewish genes,
protect my young, protect their futures.
Like a fish changing colors near its predators or
a butterfly with vigilant eyes painted on its wings.

We live in a time when anti-Semitism is on the rise, in Europe and in the U.S. The “raw fear” and the “hiding reflex” that the poem describes make perfect tragic sense. Who wouldn’t trade a child’s heritage for her safety, her ability to simply exist? And yet the method of hiding — what the poem is not afraid to call “out-breeding,” summoning the language of animal husbandry or eugenics — is also a method of annihilation. Self-removal as self-protection. A willingness to recede like the tide.

The need to hide, the loss involved in doing so — these are realities pertinent to many people, I think. When it is dangerous to be yourself, who can you be? Perhaps you blend in physically or culturally, perhaps you take on an identity that is less threatening to those around you. These strategies appear in Maxine’s poem as the self-preserving behavior of fish and butterflies. There is something both wonderfully tough and heartbreaking in the image of the “vigilant eyes painted on” the butterfly’s wings. The eyes are blind. Hiding induces blindness, self-blindness. If we cannot be ourselves publicly, can we really be ourselves just for ourselves, in private? Or do we begin to lose even an inner sense of who we are?

But behind Maxine’s poem is a hopeful reality. “My grandchildren have an awareness and pride in Jewishness,” she reflected. And her own sense of her heritage comes in out surprising ways, as in this poem. “I wrote it and forgot I wrote it,” she said. Sometimes poems are the memory. Sometimes poems can carry what we ourselves cannot.

*This column originally appeared in the June 20 issue of the News. To read other First Lines poetry columns, visit the archive page here.