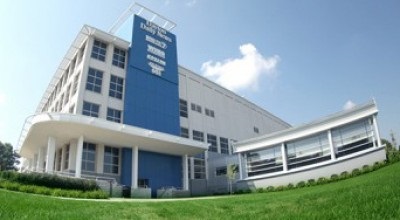 The Cox Media building in Dayton (photo via http://coxmediagroupohio.com)

How will the proposed sale of Cox Media to a private equity firm affect news coverage in the Dayton area?

A panel of experts will explore that question next week at an event in downtown Dayton. “Media and Democracy: What the proposed sale of Cox Media might mean to Dayton.” It will be held Monday, July 29, from 6 to 7:30 p.m. in the auditorium at the Daniel J. Curran Plane, 1700 South Patterson Blvd.

Earlier this year, Cox Enterprises and Apollo Global Management agreed to create a private company with Cox’s media holdings, which includes the Dayton Daily News, WHIO radio and TV, the Springfield News-Sun, Journal-Herald (Hamilton), and other broadcast and print media.

As the Federal Communications Commission, or FCC, reviews the proposed sale, groups like Common Cause, a co-sponsor of the upcoming event, are raising concerns about its impact on news coverage. They hope to block the merger, according to Yosef Getachew, director of the group’s media and democracy program.

“They layoff newsroom employees and squeeze all of the profits out of the news entity and give it to their shareholders and investors,” Getachew said of private equity firms when they buy media companies.

“The community suffers from not getting diverse sources of news and information, knowing what’s going on in their town and getting information about their elected and appointed official,”  Getachew added of the community impact.

According to Getachew, while FCC regulations have prohibited media companies from owning both a newspaper and TV station in the same communities, Cox was given a waiver because it was established before the rules took effect. Those rules, however, were rolled back in 2017, spurring the recent wave of “massive media consolidation,” Getachew said.

“The idea behind these rules is if you consolidate too much power in one entity, they can control what you see, what you hear and what you read,” in turn affecting the “the number of independent voices, diversity and sources of news programming” available to a community, Getachew said.

“The Apollo-Cox merger is a symptom of a larger problem,” added Getachew. “When the FCC gives out licenses it’s with the idea that you are required to serve the needs and interest of a community…This is a public resource. We own the airwaves. If [the companies] are making multiple millions of dollars on it, they are required to give something back.”

Cox Enterprises was founded in Dayton in 1898 by James M. Cox, who went on to become an Ohio governor and U.S. Presidential candidate. Cox Media Group, headquartered in Atlanta, also owns the Atlanta Journal-Constitution and more than 100 radio and TV stations and news websites.

Apollo Global Management is a private equity firm with about $280 billion in assets under management. The company’s goals for media consolidation were examined in an article in Vanity Fair in April, “Television is what gets senator’s elected: Private-equity mogul Leon Black is building a local TV empire to rival Sinclair and Fox.“

Read more about the event here.