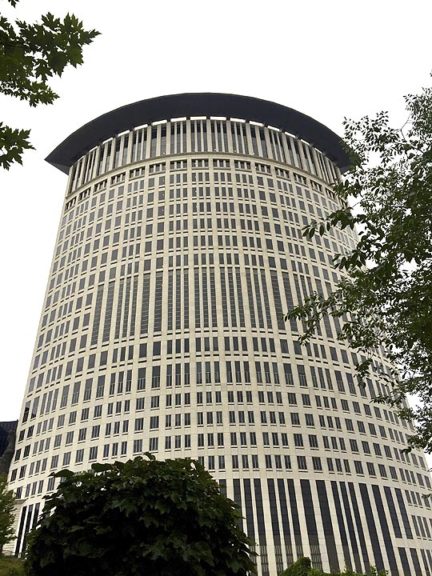 A federal immigration judge decided on Monday morning, Sept, 16, that villager Miguel Espinosa could be released on a $10,000 bond. The hearing took place at the Carl B. Stokes Federal Court House in Cleveland. Espinosa appeared with his lawyer via tele-video from the Butler County Jail, where he has been in the custody of Immigration and Customs Enforcement, or ICE, since Aug. 28.

Espinosa, 41, who is from Mexico, was detained by ICE after being taken to the Greene County Jail by Yellow Springs police following a traffic violation on Aug. 26.

In making his decision, Judge David Whipple found that Espinosa did not a pose a risk to people or property and was not a flight risk. The judge added that “it was close” but that an outpouring of community support made the difference. More than 120 letters of support from Espinosa’s friends and family were presented to the judge, according to his lawyer last week.

The bond hearing, which lasted about 30 minutes, was followed by a removal proceeding. That proceeding concluded with the judge giving Espinosa an opportunity to apply for asylum.

UPDATE: A benefit event organized by community members on Sunday, Sept. 15, raised $8,806 for bond and other expenses, according to posts on social media. A Go Fund Me campaign has additionally raised more than $10,000. To donate, visit the page here.

This story will be updated and a full article will appear in the Sept. 19 issue of the Yellow Springs News.