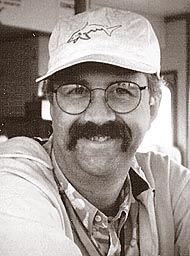 Christopher Richard “Chris” Brookshire died Nov. 29, 2019, in Florida, after a valiant battle with acute myeloid leukemia. He was 63 years old.

Born June 28, 1956, in Eugene, Ore., to parents Barbara Jean and Dr. Kenneth H. Brookshire, Chris was fortunate to have a childhood of adventures in Lancaster County, Pennsylvania, until his teenage years when he and his family moved to Yellow Springs. He was quickly embraced by his new community, especially after the sudden death of his father in 1973, making lasting friends and participating in YSHS football and track. He graduated from Yellow Springs High School in 1974.

Chris attended Carroll College in Waukesha, Wis., on a track and football scholarship, where he always managed to balance work with fun. He was president of his fraternity, Sigma Phi Epsilon; was active in the Carroll Players, a student theater group; and made lifelong friends while earning a bachelor’s degree with honors in psychology in 1978.

After graduating from college, Chris settled back in Yellow Springs, where he met his beloved wife of 37 years, Cathy Johnson Brookshire. They enjoyed their years in Yellow Springs, playing euchre, participating in the adult softball league and surrounding themselves with friends and family. Chris worked as the activities director at the newly established Friends Care Center. After several years, he pursued and attained a nursing home administrator license. Over the course of his career, Chris worked in long-term care facilities in Ohio and Florida. He was an administrator who was well-liked and respected by his staff, colleagues and residents.

While he and Cathy had Ohio in their hearts — he continued to root for the Buckeyes and the Cincinnati Reds — he loved the warm weather and nearby beaches (and seafood!) of Florida. While living in Jacksonville, Chris was diagnosed with AML. After being successfully treated with a bone marrow transplant at the Mayo Clinic, he moved to his last work post, Emerald Shores Health and Rehabilitation in Panama City. In October of 2018, Chris rode out Hurricane Michael, where he and his staff worked around the clock for weeks to ensure the safety and well-being of residents.

Throughout his life, Chris was known for his sense of humor, critical thinking and his care for friends, family and co-workers. He will be missed by his wife, Cathy; their son, Joshua Spicer (Kelly); his mother, Barbara Brookshire; his sisters, Rachel Brookshire McKinley (Doug) and Victoria “Tory” Brookshire; his sister-in-law, Sally Cunningham; his brother-in-law David Johnson; grandchildren, Eli, Hannah, Kayla and Noah; and his many nieces and nephews.

A memorial service is planned for the spring. You may remember Chris by making donations to the Leukemia and Lymphoma Society.