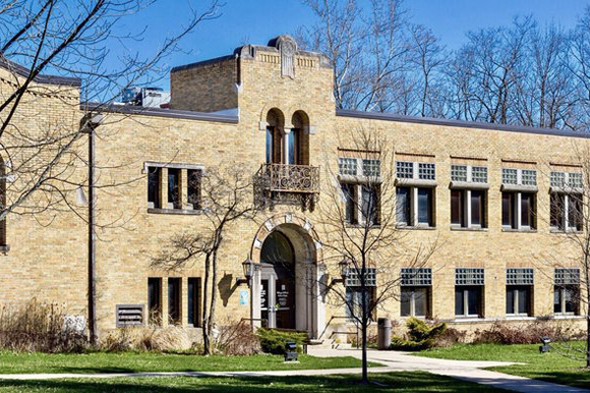 At its regular meeting on Monday, Feb. 1, Council passed an ordinance aimed at addressing issues with how Council members interact with municipal employees.

In new language added to Council rules and procedures, which are typically reviewed annually, Council members are now more limited in what they can say. According to Council President Brian Housh, the goal of the new measures is to improve civility and respect in discourse.

“We want to make sure that respect and civility is thought about now more than ever,” Housh said, referencing the stress of the pandemic and reckoning over racism.

“We want to make sure our elected officials are respecting our team members,” he added. “That is not to say that criticism is not a part of that, but there is a way to do that respectfully.”

The language now states, “In discussions of Village business, Council members shall refrain from making inflammatory, derogatory or slanderous remarks, and shall refrain from ad hominem attacks, blaming or assigning negative motives and from knowingly repeating false or inaccurate information.”

While the measures govern all Council member statements, including in public meetings, much of the discussion centered on the problem of Council members using disrespectful language in private conversations with municipal employees.

In response to a question from the News about the impetus for the measure, Housh pointed to “several complaints” from municipal employees over the past year in their communications with Council members.

No specific incidents were identified and Council members and Village officials declined to provide more details about the complaints, which were not made formally.

Curliss said, in her opinion, the legislation violates the first amendment and involves “subjective” determinations on what constitutes “blaming” or “repeating false or inaccurate information.”

“I think it is an attempt to control the content of political speech,” she said.

“The Village of Yellow Springs, of all places, to restrict speech, is particularly astounding,” she added.

Kreeger pushed back on that representation, saying she didn’t think the matter was about free speech at all.

“This is about workplace civility, not creating a hostile work environment and just being respectful to each other — and not using language that is harassment or demeaning in an unnecessary way,” she said.

Stokes agreed with Kreeger that it wasn’t a matter of free speech but of respect. In response to Curliss’ contention that the language is subjective, Stokes said he thought most people have a “common understanding about what decency is,” and that Council should move to codify it.

“If we don’t make a good faith effort to identify the guidelines …. it will be a free-for-all,” he said.

Curliss pushed back on those arguments, saying she felt limited by the restrictions.

“I think this does have a chilling effect on people’s speech and I think it’s meant to,” she said. “I’m not sure what I can say that is at all critical of government without a risk of censure.”

Curliss’ motion to strike the new language pertaining to Council comments failed to garner a second. She went on to move that the measure be passed as a resolution, not an ordinance.

Council rules are typically passed as a resolution, which Council Clerk Judy Kintner clarified makes them applicable only for that Council. An ordinance, meanwhile, continues to be in effect when the composition of Council changes.

Kintner added that an ordinance carries the weight of law, and that Council members could be formally reprimanded if they violate it.

“If passed as an ordinance, this does give them greater censure of Council members,” she said.

Curliss’ motion failed in a 3–2 vote, with MacQueen joining her.

In response to a question from the News, Housh said that the new language only governs Council members, not citizens speaking at public meetings or commission members.

This News reporter also spoke in favor of the least restrictive measures for Council member speech in order for Council meetings to remain a place of “vigorous debate.”

• Council unanimously approved the purchase of several large items for the Village. By law, any single expense greater than $30,000 must first receive Council approval. Council approved up to $36,000 for a new hybrid police cruiser, $47,000 for a water department truck, $64,000 for a Bobcat and $54,000 for a tractor-loader.

• Village Manager Josué Salmerón said the Village is going to apply for $200,000 in state government funds to continue developing a municipal broadband utility. Last year, the Village used CARES Act funds to lay initial fiber lines in the downtown area. The new money would allow the Village to connect 100 homes and businesses in three areas of the village for paid internet services.

“This would allow us to … build a client base, test products and services,” Salmerón explained.

There is no required match, Salmerón said in response to a question.

• During the Citizens Concerns portion of the meeting, Michael Slaughter spoke on behalf of Citizens to Preserve Mills Lawn Greenspace. He said that while the schools need to address their facilities needs, he is hopeful that they can do so without selling the bulk of the Mills Lawn property for high-density residential development in the event it is no longer used for a school.

• A brief update on the work of the Justice System Collaborative Committee was provided. Salmerón said he is working to gather data on police department activities using metrics like stops and citations. Community Outreach Specialist Florence Randolph is taking over a citizen-initiated process of organizing “community sit downs” with local police officers.