At a time when traditional civic organizations are experiencing steep declines in membership, a local man has organized a Yellow Springs-based affiliate to one of the most traditional civic clubs in the country — The Rotary.

Technically a satellite of an established chapter in Fairborn, until local membership rises enough to support independence, the Yellow Springs group held its first meeting in late fall.

Recent Yellow Springs transplant Dan Robrish, who is championing the effort, says that when local membership reaches 20, they’ll likely apply to become a standing club within the international organization. Right now, they have about five.

Robrish, the son of artist and longtime resident Alice Robrish, began promoting a local club after moving here last year from Elizabethtown, Penn. He said the Rotary Club there had played such a significant role in his life and the life of the community, he wanted to establish a similar enterprise here.

In a Zoom call earlier this year, Robrish said that when he moved to Elizabethtown in 2008 — at the invitation of the chamber of commerce to establish and publish a weekly newspaper there — he didn’t know anyone. Previously employed by the Associated Press in Philadelphia, he was in his mid-30s and starting a new life chapter.

He said an insurance man with an office two doors down from the newly launched newspaper came in one day early in his tenure and suggested Robrish and the Rotary would make a good fit.

Like most Rotary Clubs, the group met weekly over lunch, during which a speaker from the community gave a talk or presentation.

“Living alone and working alone, to have this weekly interaction with this nice cross-section of townspeople [was invaluable],” Robrish said.

What sealed his commitment, however, was the group’s focus on service. 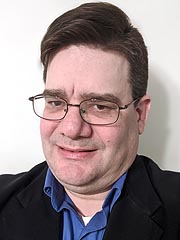 Robrish said he appreciated the role the club served in the community to fund unmet requests and projects, such as raising $7,000 for a computer alert system at the high school that notified the school’s resource officer of students expressing thoughts about suicide or engaged in drug abuse.

Within the first year of the system’s installation, the officer had received more than half a dozen reports of students in trouble, Robrish said.

“Every one of those kids got help quicker than they would have otherwise,” he said.

The school district hadn’t had the money to buy the system when it was first requested by the resource officer, Robrish said. The Elizabethtown school superintendent, who was herself a Rotarian, suggested he see if the Rotary could help.

Robrish said The Rotary is in a position to take a chance on ideas or projects that institutions, like the schools, may feel reluctant to finance, especially when money is tight.

“You’ll never achieve anything great if you don’t take occasional risks,” he said, and the Rotary has been an avenue to pursue that belief in a social setting.

The Rotary’s first community project after its 1905 founding in Chicago was to set up a public restroom in the city, where the only prior services had been available in department stores and saloons. Now an international organization with clubs around the world, the nonprofit in recent decades has worked on eradicating polio.

“As recently as the ’80s, there were dozens of countries where polio was a big problem,” Robrish said. The Rotary’s efforts helped bring the number of countries down to four within the early 2000s. Now there are two, Pakistan and Afghanistan, he said.

“We’re still working on those two countries,” he added.

Closer to home, Robrish said the new local group had a brainstorming session to consider unmet needs in Yellow Springs.

“Affordable housing came up, but we realized that’s too big for us to take on right now,” he said with a chuckle. “We need to start off with small, manageable things.”

They landed on two: supporting the Little Free Pantries in town and fixing up the disc golf course at John Bryan State Park.

Projects don’t have to be big to have an impact, he said, noting that they can be as simple as hosting a drive to pick up litter along a road.

While the weather was still warm enough, the nascent group met outside at the picnic shelter at Peifer Orchards, with the owner’s permission. Now they’re meeting every two weeks through the Zoom online conference platform. Regular meeting dates are Tuesdays at 5:30 p.m.

Robrish said that in Elizabethtown, Rotary members realized that the club’s traditional meeting day and time of midday Friday may be convenient for downtown business owners, but not for a teacher or other potential member whose time was less flexible.

They set up a regular Monday happy-hour meeting at a local brew pub as a satellite of the Friday group.

“The meetings became so popular they had to enlarge their taproom,” Robrish said with a laugh. “Mondays became bigger than Friday,” he added. But Fridays didn’t lose their numbers significantly either, he said.

Officially, groups need eight members to be recognized as a satellite, so Yellow Springs isn’t quite there yet, he said.

When COVID-19 restrictions are lifted, and it’s safe to gather in-person, Robrish would like to move the Yellow Springs group’s meeting to a local brewpub, especially after witnessing the success in Elizabethtown.

Membership is open to “an adult of good character who has a heart for service,” Robrish quoted. “We have never had racial and religious obstacles in Rotary,” he added, “but we were embarrassingly late in dropping the requirement [that members] be male. The group wasn’t open to women until the late 1980s, he noted.

The international nature of the group means members “have a connection in most every country [they] go,” Robrish said. In the U.S., the original membership was made up of small business owners.

“But in many countries, they’re super big shots, captains of industry,” he added.

He’d like to see Yellow Springs join that global network. And he feels there’s a place for a new civic group in the village.

Robrish, 49, originally came to town thinking his stay would be temporary. He’d sold the Elizabethtown newspaper after 12 years at the helm there, and had applied and been accepted to join the Peace Corps. He intended to stay with his mother until his overseas assignment was finalized. But then COVID hit, and his plans were put on hold indefinitely. Now he’s settling into life in the village, while putting his Elizabethtown home up for sale. He’s also started a freelance enterprise editing academic papers. He hasn’t given up on the idea of the Peace Corps, but he’s also not putting the rest of his life on hold while he waits.

Whatever his personal future holds, he would love to see Rotary take off in Yellow Springs. He invites anyone who’s interested to check out the group’s new and developing website, ysorotary.org.

Besides the service aspect, the fellowship is fun, he said. “Many of us have good senses of humor,” he added with a chuckle.