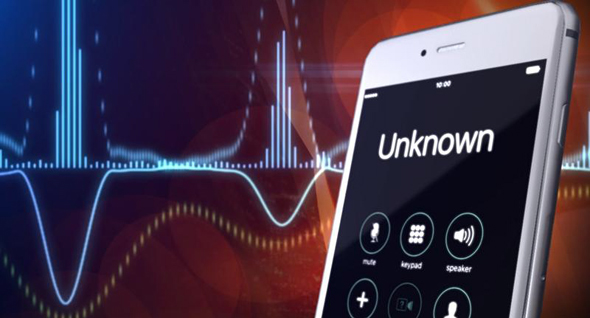 Greene County Public Health, or GCPH, recently announced that it has been alerted to the possibility of scam phone calls, texts and emails from people posing as public health officials. These fraudulent communications are purported to share information on the vaccine or other topics related to the ongoing pandemic.

According to a press release from GCPH, those who are part of Ohio’s Phase 1B vaccination roll-out and who have registered to receive the vaccination through GCPH will receive a call from 937-347-5030. Caller ID will name the caller as “GREENE COUNTY,” and the call will include a recorded message stating the date, time and location of the next available vaccine clinic. If the call is unanswered, a voice mail message will be left. Those who provided an email address on the online registration form will receive an email from bbrooks@gcph.info.

The only place to register for a clinic provided by GCPH is at http://www.gcph.info.

The purportedly fraudulent vaccination communications are the latest in a growing spate of scam calls, emails and texts that plague the nation. In December, Chief Brian Carlson addressed a virtual audience of around a dozen during the Senior Center’s weekly “Lunch and Learn” Zoom event, speaking about phone and email scams.

According to Carlson, fraudulent calls and emails aiming to get money from those who fall prey to them can affect everyone, but they are often targeted at seniors.

“It’s easy for people with illicit intentions to gather information about a person’s name and age and even the names of family members” through phishing, Carlson said.

“Phishing” refers to social engineering tactics designed to trick a victim into revealing personal information.  Using this information — and often, information obtained from the internet — scammers attempt to convince those whom they call or email that they are friends or family members in need of money, or pressure them into believing they owe money. Carlson offered several tips villagers can follow to help identify fraudulent calls and emails in order to avoid being scammed.

One way scammers manage to make off with cash is to pose as government agencies — particularly the IRS — claiming that the person answering owes back taxes or some other fee and threatening audits if the person doesn’t pay immediately over the phone with a credit card.

“You will never ever, ever receive a phone call from the IRS with threats,” Carlson said. “That’s not how they operate.”

He also noted that some scammers claim to be with law enforcement agencies, saying that a family member is in jail and needs to be bailed out immediately.

“That kind of call is always fraudulent — it will never happen,” Carlson said.

Emails that seem ‘off’

One of the most prevalent scams running today comes via the internet. A person might open their email and recognize the email address of the sender. The message, ostensibly from a friend or family member, will inform the reader that its author is stuck somewhere or in some form of trouble, and will ask for money to help them out of their predicament.

However, the person on the other end of that email is not a family member or friend — rather, they’re a scammer who’s used a familiar email address to fool you.

Scammers also often pose as well-known companies — like Google, PayPal and Netflix — in order to con people out of sensitive information. No matter who a scammer is impersonating, a person can keep themselves safe by carefully examining these messages for telling inconsistencies.

“My advice to you is, anything that raises a hair of suspicion, don’t answer it — don’t even open it,” Carlson said.

Some common giveaways for fraudulent emails claiming to be from people you know include writing patterns that don’t match what you know of the person, or claims to be visiting somewhere distant. Likewise, legitimate emails from businesses don’t typically include spelling and grammatical errors, and will never ask for sensitive information — like credit card or Social Security numbers — to be sent in a reply email.

Carlson said the number one way to avoid a scam call is simply to avoid picking up the phone if the number is unknown.

“If you don’t recognize the number on caller ID, don’t answer it. Chances are, you didn’t win the lottery or the Publishers Clearing House Sweepstakes, and it’s someone trying to make money, whether that be through a legitimate purpose or not,” Carlson said.

Scammers — as well as telemarketers, who are often legitimate, but no less annoying — often call from numbers that appear to be local, using a 937 area code even when calling from far away. This can often trick people into believing a call is coming from a friend or acquaintance in town. Carlson advised those with cell phones to add the names and numbers of all friends and family members to their cell phones, or to write them down and keep them next to a landline phone. If a call comes in from any number not recognized or listed, “let it go to voicemail,” Carlson said.

If you do happen to answer a scam or telemarketing call, Carlson said it’s advisable to hang up immediately — don’t try to end the call politely, as scammers often use high-pressure tactics to keep you on the phone.

For more information on how to avoid scams and where to report suspected scammers, visit consumer.ftc.gov.