Getting a handle on conflict 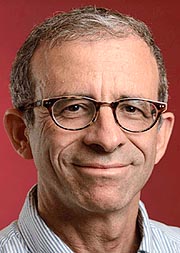 Professional mediator Jay Rothman is leading a two-part conflict engagement workshop in April and May. Organized by the Village Mediation Program, the free event will be held via Zoom. (Submitted photo)

One neighbor is a part-time musician with a separate day job who practices their music the only time they can — at night. The other wakes up early each morning for their job, and has trouble getting to sleep every night when their neighbor practices next door. How do these two neighbors with conflicting desires move forward?

If they live in Yellow Springs, they can turn to the Village Mediation Program. This month, the program — which has helped individuals and organizations navigate conflict for nearly 34 years — offers villagers the opportunity to learn more about the resources it offers with an informational session on Tuesday, April 20. Following that session, villagers are invited to learn more about conflict engagement in general with “Skill Building Workshop: How to Lean into Conflict Creatively,” which will be split into two sessions on Tuesdays, April 27 and May 4; all events will be conducted via Zoom.

The upcoming informational session will be facilitated by program mediators John Gudgel and Sarah Wallis and volunteer and career mediator Jay Rothman, Ph.D. Wallis, who has been a mediator with the program for 15 years and worked on the now-defunct Ohio Commission on Dispute Resolution and Conflict Management, said the fictional dispute example above is one of many kinds of conflicts the Village Mediation Program engages as part of its mission.

“We work with individuals, but we’ve also helped out with some of the big community discussions — like when Antioch was putting in their farm — and we’ve done peer mediation consultations in school,” Wallis said. “So there are a lot of different levels where we intersect with the community.”

“Disputes run the whole gamut,” Gudgel added. “There are no two disputes that are alike.”

A licensed counselor and longtime educator in the village schools, Gudgel has served the Village Mediation Program as both a mediator and as the program’s coordinator for the last decade; he’ll be stepping down as coordinator at the end of April. Gudgel said that, over the years, the community’s use of the Village Mediation Program has fluctuated — sometimes the program might field five or six inquiries one month and none the next, with less than a dozen of those inquiries being mediated each year.

“Unless they’ve been mandated by Mayor Pam or the police, both parties have to agree to a mediation,” Gudgel said. “So not everything makes it to mediation.”

Gudgel added that a fair number of inquiries come from those who are curious about the program itself.

“They might ask, ‘What is mediation? I heard about it, but I’m not sure what it involves,’” he said.

Jay Rothman said this curiosity is part of the impetus for the upcoming online events.

“This is a resource in our town that is underused,” he said. “The [online events] are partly about raising the profile of the resource.”

Rothman, a 30-year researcher, teacher and practitioner of conflict engagement, is a volunteer with the program and was brought on to facilitate the two-part conflict engagement workshop. A former professor at several institutions, including  at Antioch McGregor, Rothman is also the president of The ARIA Group, a firm that aims to educate its consultees to “engage conflict creatively” — a motif he said he plans to “playfully” introduce in the upcoming workshop. Playfulness, he added, can be key to learning to engage conflict.

“Conflict is often scary — our biological conditioning is ‘fight or flight,’” he said. “So if we’re going to work with conflict, we need to work with it in a way that doesn’t overstimulate that fight/flight response.”

Participants of the workshop, said Rothman, will be invited to discuss tools and exercises that can be used to engage conflict. One of these tools will be a new app Rothman has developed — still in its beta phase — that will help those who use it identify the roots of their conflicts and put them in touch with the Village Mediation Program if needed.

“[The app] asks, ‘What’s this conflict you’re having? Why do you care about it? And how have you tried — not so successfully so far — to deal with it?’” Rothman said.

He indicated that failing to effectively engage with conflict is often a result of not understanding the nature of a conflict — which both the upcoming workshop and the app aim to address.

“Part of the training will be about really understanding why [different kinds of conflicts] are often just lumped together,” Rothman said. “If we distinguish them, then we can have more choice and more freedom to choose how to engage them and how to learn from them.”

Rothman added that, though conflict can be difficult to navigate, the resulting learning and understanding can convert conflicts into “positive possibilities” — which he said can be particularly useful to Yellow Springs as a community.

“My hope is that a lot of people will come out, and that the culture of contention in this town — which I applaud, and I’m also part of it! — will turn into a culture of creative problem solving and dialogue,” he said.

Gudgel added that, after working for many years in village schools as both a principal and a counselor, he has employed some of the mediation methods the Village Mediation Program uses and which the upcoming events will teach.

“So a number of our kids are mini-experts on how to incorporate mediation skills,” he said. “My hope would be that our adults can learn the same type of thing.”

Wallis said that, in addition to helping build conflict engagement skills, she hopes the upcoming events will remind villagers that, should they encounter a conflict they can’t manage on their own, there’s a place they can get help.

Since the events will be facilitated via Zoom, Wallis advised those who are planning to attend to make sure they’re in a place where they’ll be uninterrupted and physically comfortable — but willing to step outside of their metaphorical comfort zones.

“Participants should be willing to welcome different perspectives,” she said.

Gudgel agreed, and added that participants should be “receptive, ready and willing to learn.”

Rothman added one final thought for those who plan to participate: “Be curious,” he said.

“Skill Building Workshop: How to Lean into Conflict Creatively,” a two-part workshop, will be held Tuesdays, April 27 and May 4, both 7–8:30 p.m.

All events will be held online. Participation is free, but those planning to attend must register in advance at forms.gle/xtfSKkvuSwyhj3Pz9. Registrants will be sent login information prior to the events.