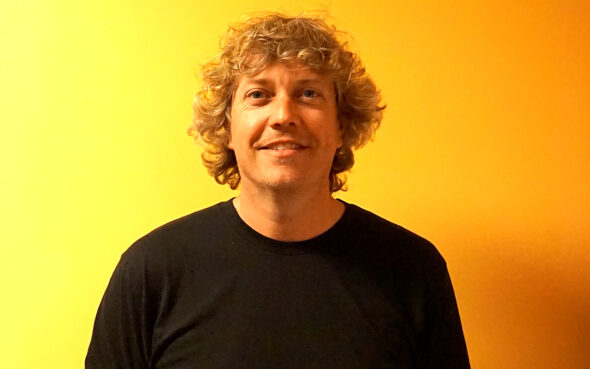 At its Monday, May 2, meeting, Village Council members unanimously chose Gavin DeVore Leonard to fill a seat that will be open at Council’s May 16 meeting.

This vote came after Council members received a letter from Lisa Kreeger giving notice that she would resign from her seat. Kreeger was elected for a four-year term in 2019 and has served two years of that term.

DeVore Leonard was one of six applicants to fill the open seat. Other applicants were Scott Osterholm, Lindsay Burke, Rebecca Potter, Matt Raska (who is married to News reporter Jessica Thomas) and John Hempfling. During the meeting, each applicant was given three minutes to discuss their qualifications and showcase why they should be selected for the position.

As part of his speech to Council, DeVore Leonard explained how he would approach each decision he makes as a Council member with a social justice lens.

“Is this taking us in a direction where we are a more just, equitable community, or are we privileging those who do not need that privilege any more?” he asked.

DeVore Leonard has been a resident of Yellow Springs for seven years, living here with his wife and two children. He has a background as a community organizer, working for organizations such as Columbus-based One Ohio Now, and the Center for Progressive Leadership, which is based in Cincinnati. He is currently the co-director of Ohio Voice, an affiliate of the national State Voices network. According to the Ohio Voice website:

“Our mission is to support and grow the ecosystem of nonprofit, nonpartisan organizations doing year-round civic engagement with underrepresented communities in order to win progressive governance that will improve people’s lives.”

As co-director, DeVore Leonard is responsible for raising the annual budget, strategic planning, managing the board and working in partnership with the other co-director.

Locally, DeVore Leonard has been a part of organizing work focused on racial justice in policing.

In his application letter to Council, he wrote: “My most significant engagement in civic life in Yellow Springs came when I was working with The 365 Project in the wake of the police killings of Philando Castille in Minnesota and Alton Sterling in Louisiana in the summer of 2016, on the heels of the killings of Trayvon Martin, Michael Brown, John Crawford III, Tamir Rice, and so many more. While I’d been paying close attention, and engaged in some ways, the #blacklivesmatter movement called me to action at that moment and it didn’t take long for community conversations to identify concerns right here in our community.”

DeVore Leonard is also a part of the Diversity Equity and Inclusion committee of the Yellow Springs Community Foundation. He said that he is interested in starting a universal basic income pilot project.

“The idea of joining other communities around the United States seeking to give money directly to those who need it the most, with an explicit lens of race included, is exciting to me,” he wrote.

“And it gets at what I would say is my core belief about Yellow Springs and what is probably at the foundation of my interest in this position: we are a small enough community that we can accomplish things that are simply not possible any time soon in larger places.”

Council’s deliberations on the applicants lasted for less than an hour. Council member Kreeger moved to appoint DeVore Leonard; after the motion received a second, Council members spoke about their appointment decision.

All of the Council members commented on DeVore Leonard’s knowledge of finances, particularly his experience fundraising for nonprofits. Council member Marianne MacQueen said that she appreciated that DeVore Leonard had a similar skillset to Kreeger.

“Two things I value that Lisa brought are understanding of how organizations work and financial acumen,” MacQueen said. “I support Gavin in this regard because of his background and his experience and what he will bring to the Council.

“That expertise would be valuable to the Village,” Stokes said.

Brown also remarked on DeVore Leonard’s ability to effectively use money to achieve an organization’s goals.

“Being trusted with that kind of money and then getting the job done was a big part [of the choice] for me,” she said.

Council President Brian Housh said he was happy with the pool of candidates.

“We couldn’t make a bad decision,” he said. “I think Gavin represents what we are going to lose with Lisa.”

Kreeger said that her previous interactions with DeVore Leonard made him a great candidate in her mind.

“Gavin has been a sounding board and mentor for me since before I ran for Council,” she said. “I’m very grateful that he threw his hat in the ring and I think he will work hard and do well.”

DeVore Leonard will be sworn in at Council’s May 16 meeting.

Additional coverage of the May 2 meeting will be in next week’s edition of the News.