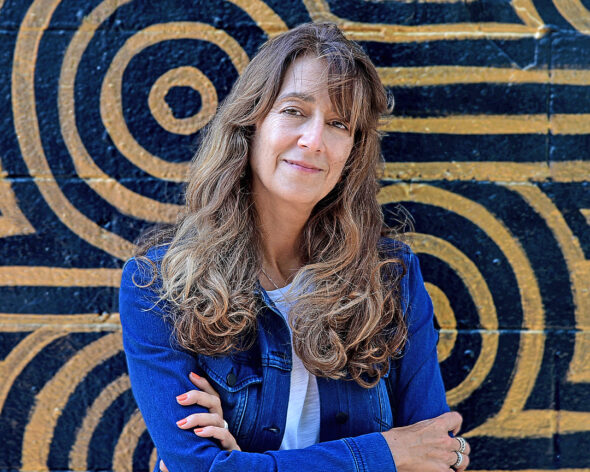 One of the joys of studying literature is opening a well-loved text, reading its pages, and discovering a new idea or pattern within the writing.

Zaytoun, who has a background in women and gender studies, but is interested in the psychology of coalition, said that Anzaldúa’s writing contained something that she hadn’t seen in other writings.

“I was interested in Anzaldúa’s work because she claimed that she was unapologetically interested in inner life, the self and selfhood,” Zaytoun said. “At the same time, Anzaldúa saw the boundaries of the self as being very pervious and expansive.”

Anzaldúa, who died in 2004, wrote fiction, nonfiction, essays, children’s literature and poetry. Her most well-known work, the semi-autobiographical “Borderlands/La Frontera: The New Mestiza,” centered around the experience of Chicano Latinx people. Anzaldúa also co-edited “This Bridge Called My Back,” a collection of essays written by radical women of color; “Soul/Haciendo Caras: Creative and Critical Perspectives by women of Color; and “This Bridge We Call Home: Radical Visions for Transformation.” In 2015, Duke University Press published Anzaldúa’s final work, “Light in the Dark/Luz en lo Oscuro: Rewriting Identity, Spirituality, Reality.”

Zaytoun’s book, “Shapeshifting Subjects,” includes a critical review of Anzaldúa’s writing throughout her career, broadening the focus from “Borderlands/La Frontera,” which is most often critiqued and anthologized. The first chapter presents la naguala as a feature of Anzaldúa’s writing that has been overlooked in critical conversations. Focusing on theories of self and subjectivity, Zaytoun claims that Anzaldúa’s la naguala offers a new type of subjectivity, one that forms connections between the human and nonhuman. In other words, subjective experiences that are often considered individual experiences can extend past an individual person, according to Anzaldúa.

In the second chapter, Zaytoun analyzes la naguala’s appearance in Anzaldúa’s oeuvre, focusing on Anzaldúa’s work as a decolonial practice. Zaytoun broadens the scope of her book in the third chapter, describing how elements of Anzaldúa’s naguala can be found in the writings of Arab American feminist authors such as Evelin Shakir. 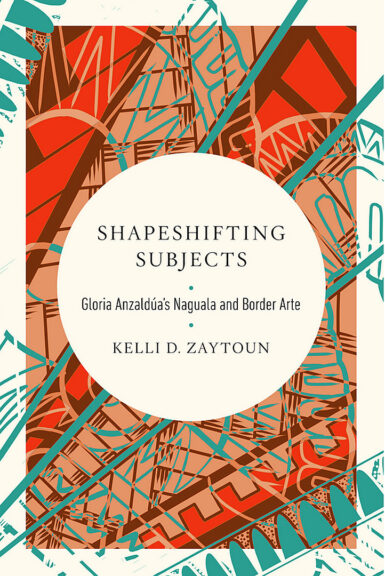 Villager Kelli Zaytoun’s book, “Shapeshifting Subjects,” was published by the University of Illinois Press on June 14 of this year. (Submitted photo)

“I want to honor Arab American writers because they are doing important work and have a fairly recent and unique history in the U.S,” Zaytoun said. “One of the things I wanted to do was look at the kinds of things that Arab American writers are doing that are similar to Anzaldúa.They are writing about their experience of reconciling different identities. ”

The fourth chapter looks at how Anzaldúa addresses trauma, or “writing from the wound,” a practice that is used in conjunction with la naguala to heal both personal and generational traumas.

In the conclusion, Zaytoun offers a glimpse of the power of a decolonized imagination — an opportunity to remake identities, reshape relationships and rebuild social justice coalitions around who we want our future selves to be. She explains how art is a vehicle for decolonization in the minds of authors and artists like Anzaldúa. Artistic expression, Zaytoun writes, is a way to remake the culture and shift conversations.

Like the shapeshifter found in Anzaldúa’s work, Zaytoun said the focus of her writing shifted as the nation entered lockdown due to the COVID-19 pandemic.

“The book took a turn towards looking at trauma,” Zaytoun said, reflecting on her research studying trauma and its relationship to selfhood.

“I was recognizing that Anzaldúa’s writing was really driven by her relationship to her own trauma,” Zaytoun said. “It’s the place from which most of her writing begins.”

In addition to the pandemic, Zaytoun said she was influenced by the Black Lives Matter movement, particularly local protests and public acts organized in response to the murder of George Floyd, a Black man who was killed by police. While illustrating how Anzaldúa responded to trauma through her experience as a border artist, Zaytoun said she wanted to give readers an opportunity to imagine how that work — reimagining the experience to decolonize our own experiences — is happening now.

“I think what Anzaldúa was trying to do was bring her readers on that journey. It’s not just an emotional or psychological journey,it’s a physical one,” Zaytoun said. “You have a body response to your story, and that is something I wanted to bring attention to.”

Zaytoun said that the Black Lives Matter marches and public displays of art in responses to the murder of George Floyd are an example of these bodily responses to story, showcasing a response to trauma that sparked coalition building and action that resulted in the indictment of the officers who murdered Floyd.

“Those marches were really important for speaking truth to power, but there was so much emotional energy and power that went into making signs, banners, social media posts and other art,” Zaytoun said. “All of those things were important to collaborating and moving forward, and I wanted to draw attention to that.”

One of Zaytoun’s focuses for her book was to explain how Anzaldúa’s work could be useful to both academics and activists.

“I think we can learn from Anzaldúa’s efforts to build bridges,” Zaytoun said, referencing an essay by Anzaldúa called “bridge, drawbridge, sandbar, island.” In the essay, Anzaldúa considers how each object has its own purpose, and how people — particularly those working across identity groups — take on the characteristics of each as they work to build coalitions and movements.

“Sometimes you’re a bridge, sometimes you have to be a drawbridge and isolate within your particular identity group,” Zaytoun said. “There are also sandbars that are connected to the land, but they’re precarious; and sometimes we do need to isolate and be on an island where we feel safe.”

Zaytoun said that all of these forms are important when doing social justice work. Building a coalition with others requires a fair amount of self-examination and the ability to take useful tools from one’s past and discard what’s no longer relevant. Zaytoun said that her analysis of Anzaldúa’s work also shows the danger of romanticizing the past.

“We can’t revive the past. It’s dangerous to do so, particularly if that past is violent,” Zaytoun said. “[Anzaldúa and other] border artists have cultural awareness — they know they are in colonized spaces. They’re building something new by honoring ancestry, but also incorporating the particular cultural moment they are working in.”

Zaytoun’s book does not seek to provide a reimagined reality, but offers a reading of Anzaldúa’s works that show Anzaldúa’s process as a shapeshifter and border artist. Quoting Anzaldúa’s essay “Now Let Us Shift,” Zaytoun writes that the journey of an author or artist is one that calls pieces of the soul back to the body, an act that is witnessed by readers and consumers of art.

“Readers, as critical witnesses, continue the writer’s journey when they engage with the writer’s words and are inspired by them to create their own art and other acts,” Zaytoun writes in the conclusion. “Informed by their own lineages, wounds, and present moment, readers take up their own particular work, their personal and collective path to transformation.”