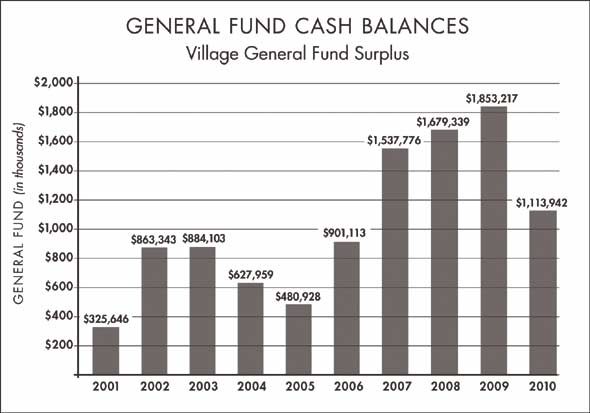 Revenue drop slows for YS in ’10

Tax revenues for the Village of Yellow Springs have continued to drop in the first half of 2010, according to Village Finance Director Sharon Potter, but at a lower rate than in 2009. While Village leaders are hopeful that this smaller drop indicates that the economic downturn is easing up at the local level, they are feeling cautious regarding costly new projects.

“We will look with a more critical eye at capital projects,” said Village Manager Mark Cundiff at the Aug. 2 Village Council meeting. “We’re trying to get a handle on both fiscal and staff resources.”

The budget information was presented by Potter as part of a presentation on the state of the Village budget at the Aug. 2 meeting.

The first six months of 2010 have been consistent with Village staff projections of expected revenues, according to Potter. Overall, the Village general fund has seen a drop of $117,094 in revenues, or about 7 percent of total revenues of $1,456,413 for the first half of the year. That drop is less than the 25 percent decline in revenues that occurred between 2008 and June 2009. In the two years since the revenues began falling in 2008, the general fund receipts have dropped a total of 18.8 percent, according to Potter in an interview this week.

The largest revenue sources for the general fund are local income withholding taxes from businesses and real estate taxes, which together with state and local estate taxes account for about 93 percent of the general fund. Considered the barometer of fiscal health in a municipality, the general fund is the fund that provides revenues for most human services, including police and safety, parks and recreation and street maintenance. Utility funds, including water, electricity and sewer, are self-supporting from fees paid by villagers.

In the first six months of 2010, Village income withholding tax revenues from local businesses dropped about 5 percent, to $602,698 from $632,100 in 2009, a variance of about $29,400. The Village income tax provides about 40 percent of general fund revenues. According to Potter’s report, the two largest income tax payers are YSI Incorporated and Antioch University, and this year so far YSI has paid 19 percent more in withholding taxes compared to the same period last year, while Antioch University has paid 15 percent less than last year.

The revenue decline has led the Village to dip into its surplus, which is the amount left over each year after expenditures. While the 2009 general fund surplus, or cash balance, was about $1.8 million, its anticipated 2010 balance is about $1.13 million out of a total general fund budget of $3.6 million, according to Potter’s figures. The 2010 surplus is estimated to be about 31 percent of the general fund, according to Potter, who said that amount, while lower than in previous years, is still above the goal of maintaining a cash balance of at least 25 percent of the general fund.

At their last meeting, Council members stated that due to the continued revenue drop, the Village will most likely seek a property tax levy next year in the same amount as the current levy, which provides about $860,000 in general fund revenues yearly. That five-year levy, passed in 2006, runs out next year. While Council members had previously stated their preference for a reduced levy amount, at the July meeting they stated that a levy in the same amount will be needed to help the Village get through the difficult economic times, and until Antioch College becomes fully operational.