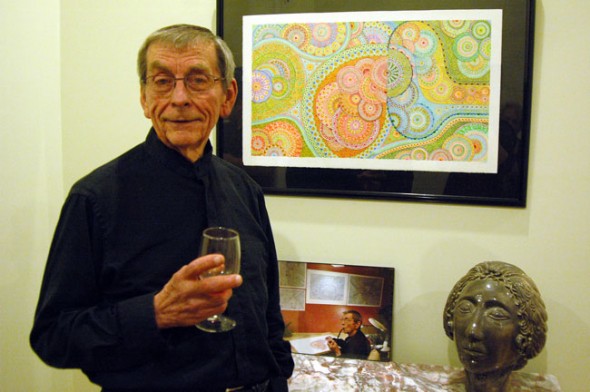 Modeled after the mid-century salon, Erik and Deirdre Owen threw an “art happening” at their home on Grinnell Circle last Saturday night. At the event, publicized by word-of-mouth, villagers came to take in good food, music and, of course, art.

Featured were new drawings from Glen Owen, Erik’s father and a former art teacher at Yellow Springs High School. The 16 ink drawings are Owen’s “Pulmonary Series,” inspired by a recent heart problem and dedicated to the doctor who saved him. It was Owen’s 33rd one-man show in his 54 years as a professional artist and strikingly different from his geometric abstractions and figurative paintings. 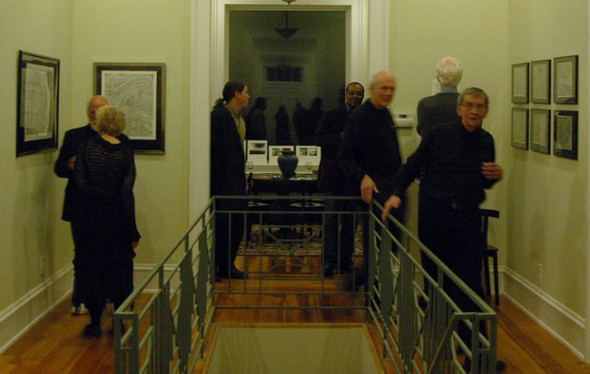 Guests pour over Glen Owen's paintings, which some described as "psychedelic" and "fractal." (Photo by Megan Bachman)

Outside, arched about the Owen’s pool was an electric sculpture built by Michael Casselli. Two electrical wires suspended over the water sparked and sizzled in the dark as several guests commented that it wouldn’t be such good time to take a dip in the pool. 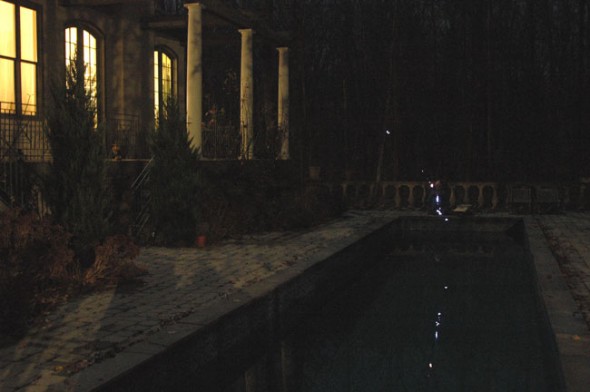 The Owens hope the art salon becomes a regular event in Yellow Springs, with roving locations and more art to be shared.

One Response to “Art salon revived in Yellow Springs”