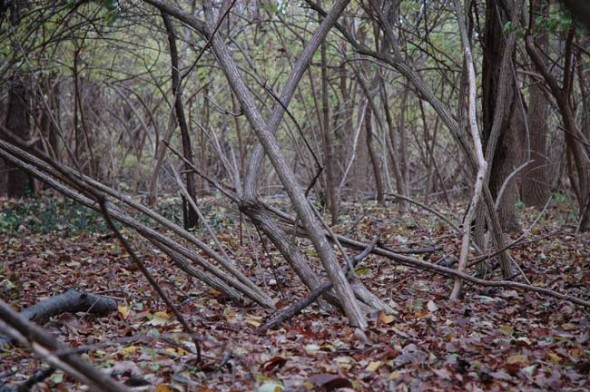 Honeysuckle baring all and living the high life behind Thistle Creek and Park Meadows. (photos by Lauren Heaton)

Invasion of the tall tree snatchers

Honeysuckle, Yellow Springs’ champion invasive. Of all the evil things in the world, this hearty, dependable, green bush that ably screens many a resident from his or her neighbors while barely even trying, is the most egregious from the perspective of a nature preservationist. And very few are as dedicated as local resident Lloyd Kennedy, who helped start the Yellow Springs Tree Committee 28 years ago and continues, at the age of 95, to help organize the group that plants, maintains and protects the native trees throughout the village. If Kennedy says the honeysuckle has got to go, it must be pretty bad.

The reason for Kennedy’s intolerance is evident out on Rick and Mary Donahoe’s five-acre property at the edge of the village behind Park Meadows and west of Thistle Creek. There, as in many backyards around town, honeysuckle blares out in green — a renegade color for a renegade plant — covering the floor of the young forest and choking out most of the would-be native species and oak, cherry, maple and cedar trees. Honeysuckle is the only green thing left in the woods this time of  year, and for just a few more weeks those gold medal multipliers will call more attention to themselves than they want from their exterminators.

The following photos provide a quick tutorial on how to take advantage of this particular time of vulnerability for the honeysuckle, when residents are encouraged to identify, hack and kill the shrubs. 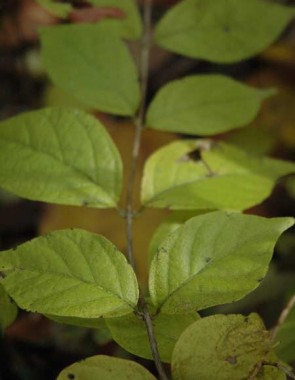 Honeysuckle is easily identifiable by the green leaves that fill much of the understory with a pale green, such as those found on this young plant.

The older honeysuckle will still have leaves at the top of the shrub, but the trunk develops into a small tree. To get ride of it, cut the tree at the base with a chainsaw, and paint/spray the stump with Roundup, as below. 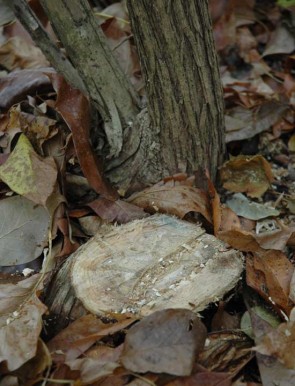 Honeysuckle grows at all stages, and can be seen in the following photo as young plants near the forest floor, as older shrubs in the middle story, and as smaller trees peeking above the underbrush. 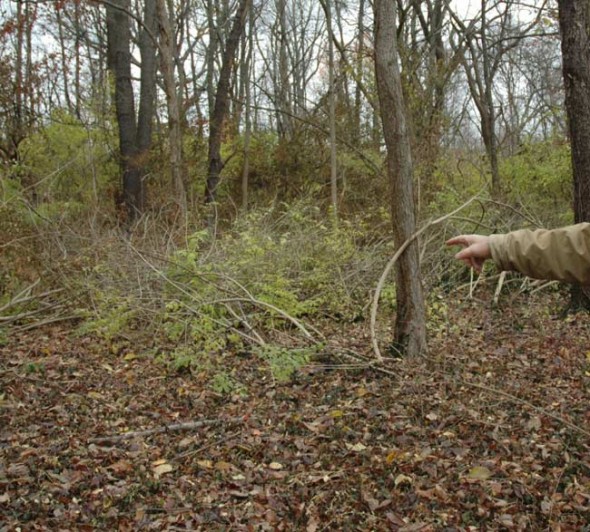 One Response to “Invasion of the tall tree snatchers”