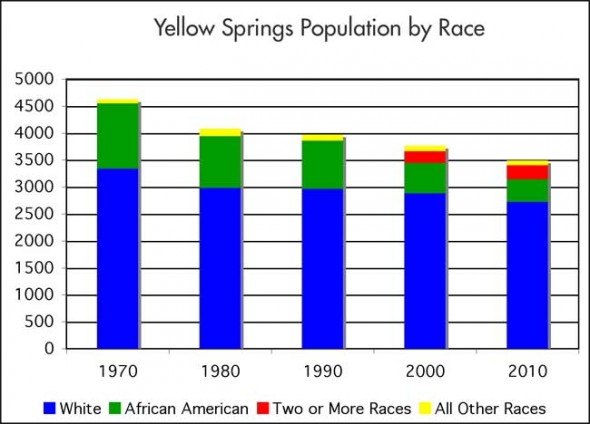 As the total population in Yellow Springs dropped to 3,487 residents over the last 40 years, its share of people of color fell as a percentage of its population.

Yellow Springs has become a much less racially-diverse community with 40 percent fewer people of color than in 1970, according to the latest 2010 U.S. Census data released. The largest losses have been from the village’s African-American community, which shrunk by two-thirds since 1970, far faster than the total resident drop in the community, which fell by about one-quarter over the same period. 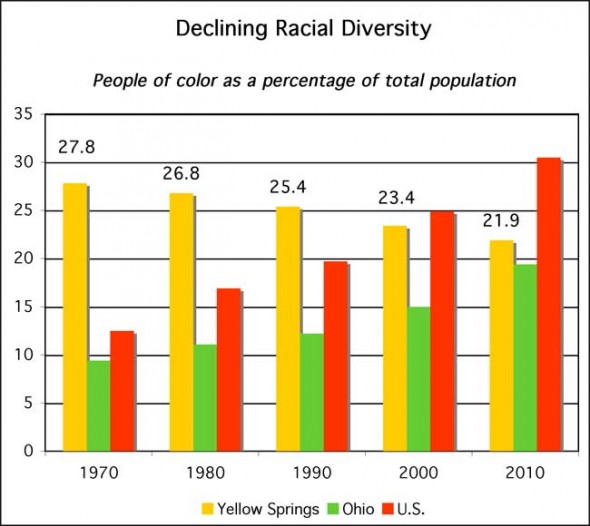 Yellow Springs, which once more than twice the people of color as the nation and three times that of the state, now has a non-white population of 21.9 percent. That rate more closely matches the rest of Ohio and is far below the national average.

In 2010 African Americans accounted for just 12 percent of the population, down from 26.2 percent in 1970. And over the same time period, white residents have steadily increased to 78.1 percent of the population, higher than the national average. But in the last 10 years, multi-racial residents have grown to a much larger share of population and percentage-wise the village still counts more people of color than Ohio and Greene County. 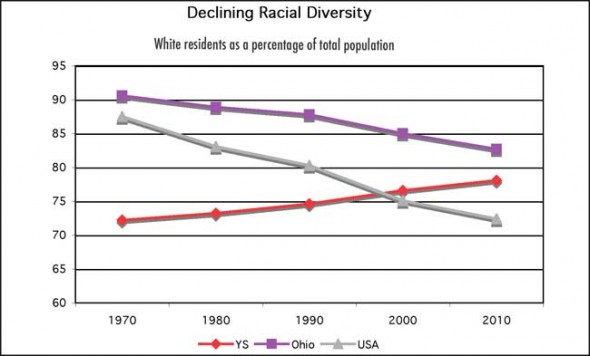 See the June 2 edition of the News for the fully story. 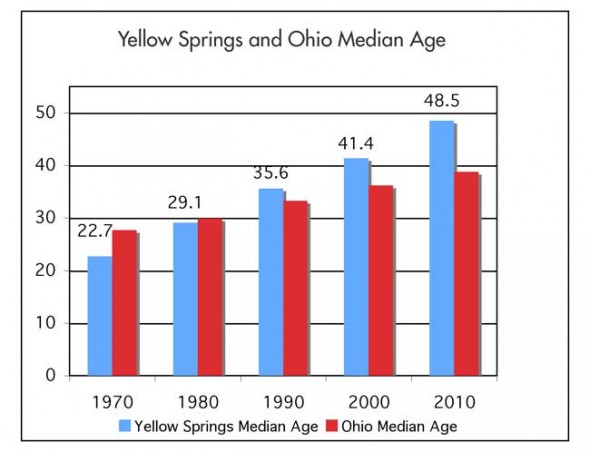 Yellow Springs is aging more rapidly than anytime in at least the last 40 years, as its median age rose more than seven years in the last decade alone, according to the latest U.S. Census Bureau figures.

Meanwhile the number of village youth remained steady over the last decade while the largest population losses were seen in its college-age population and among the middle aged.

See the May 26 edition of the YS News for the full story. 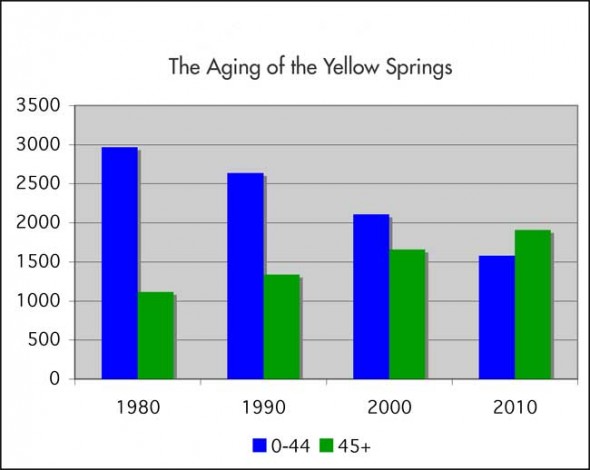 The number of villagers younger than 45 years old has shrunk by nearly half over the last 30 years while those 45 and older has almost doubled. 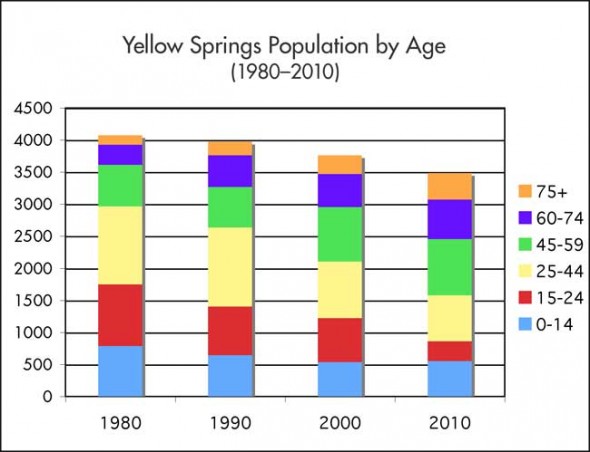 As the total village population fell from 4,077 in 1980 to 3,487 in 2010 its demographics shifted dramatically. Gains were made in all age cohorts 45 and over while age groups under 45 all had losses. The largest increase has been among those 45 to 59 while the largest decrease was in the 15 to 24 age cohort. 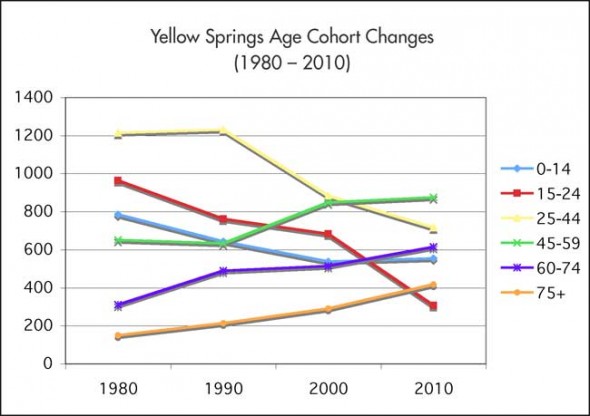