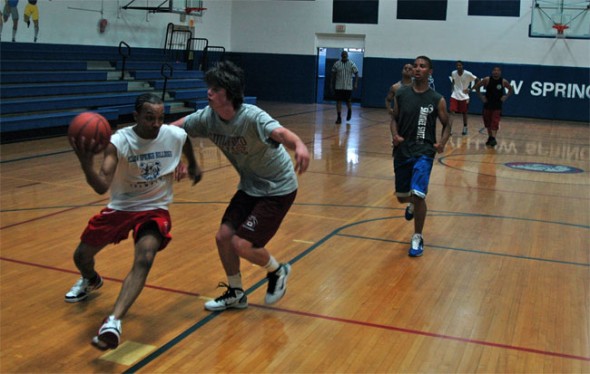 Though the traditional Yellow Springs High School alumni basketball tournament is held in the winter, this year a summer tournament was added. 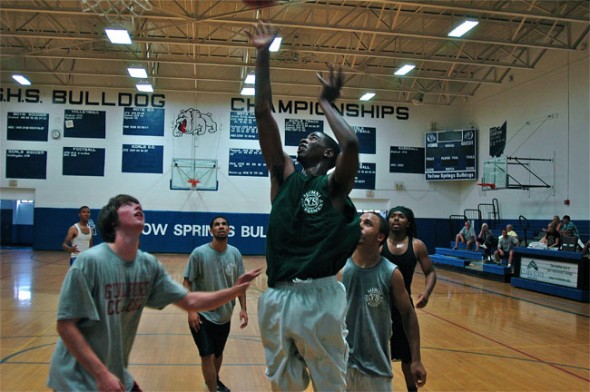 Joe Lawhorn of team 2006 put in shot from under the basket while Ian Wimberly, left, and Issa Walker, right, guarded. (Photo by Megan Bachman)