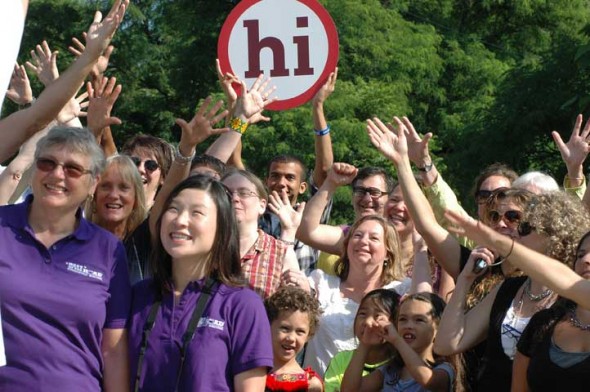 Glenwood Springs, Colo., won the "most fun town" category in the recent "Best of the Road" contest sponsored by Rand McNally. Yellow Springs was one of six finalists for the prize.

Okay, so Yellow Springs did not win first place in the Rand McNally “Best of the Road” contest to determine the nation’s most fun town. But organizers and participants alike feel proud of Yellow Springs, one of the six finalists for the prize, as well as the community response to the contest, in which a mother/daughter team stopped  in Yellow Springs for two action-packed days in late June while on a cross-country adventure to identify the most fun town.

“We’re very happy with the experience, love the video and blogs they wrote and feel that it was a great coming-together party for Yellow Springs,” said Karen Wintrow about the visit from Juliana and Joan Broste. “No matter the outcome, we feel as if we won.”

Yellow Springs was one of six towns — Myrtle Beach, S.C., Santa Claus, Ind., Park City, Utah, Glenwood Springs, Colo., and Vacaville, Calif., were the others — competing for the title of “most fun.” Other towns competed for “most beautiful,” “most friendly,” “most patriotic,” and “most friendly.” More than 600 towns were originally nominated for the contest, and only 30 towns, including Yellow Springs, were finalists.

In the end, Colorado’s Glenwood Springs won the “most fun” honor.

The Brostes made clear that even if Glenwood Springs came out ahead in the fun category — and after all, it does have mountains, a river and a spa —that they came away impressed with the village.

“It’s such a caring community; they are socially responsible and really walk their talk,” said Joan Broste about Yellow Springs.